Must We Earn the Right to Share the Gospel?

A chapel speaker at a Christian university stated emphatically, “I am realizing more and more that before I can share the gospel with unbelievers, I must earn the right.”

He went on to explain how it is necessary in our society to establish credibility with another person before bringing up the gospel. Establishing credibility can range from being friendly to doing benevolent acts. The idea is that people will not be interested in a gospel presentation until they see an authentic expression of Christianity. With missionaries in parts of the world plagued by disease and malnutrition, the same concept is often stated, “It is easier to speak to people”s hearts when you have first filled their empty stomachs.”

For example, Phillip the evangelist began sharing the gospel with the Ethiopian treasurer, a total stranger, after merely asking, “Do you understand what you are reading?” (Acts 8:27-31).

Other examples show that earning the right to present the gospel is not an approach guaranteed to bring better results: when Jesus healed 10 lepers, all but one ran off so glad to be healed that they forgot to thank Jesus. Only a single Samaritan came back to express gratitude. Jesus seemed to indicate that this man alone received both physical and spiritual healing (Luke 17:11-19).

I have seen African evangelists interacting with unbelieving Africans for 20 years. During my time working with them, I have seen very few trying to earn the right to share the gospel. Africans simply get so excited about the liberating effects of the gospel””especially when they feel for the first time that Jesus will protect them from evil spirits””that they quite naturally tell their friends, neighbors, and even strangers. The issue of credibility doesn”t arise in their minds because the gospel is so credible to them, and the difference it makes in their lives is so palpable.

The concept of earning the right to share the gospel seems to be more of an American or Western issue, perhaps arising from any of the following notions:

“¢ People are fed up with the confrontational approach to evangelism, so we see that developing a sensitive relationship is important for the success of sharing the gospel.

“¢ Christianity is one of many religious options, so we must work harder for our voice to be heard. Building credibility in such a situation is important.

“¢ For affluent Western Christians who wish to evangelize the poor, a guilt factor enters into the equation. We have so much wealth and our hearers have so little, so what gives us the right to talk about spiritual things?

“¢ Some, perhaps, try to separate the Great Commandment (to love God and neighbor) from the Great Commission (to evangelize the nations). Conservative Christians don”t want to be known as fundamentalist Bible thumpers, but do want to be seen as compassionate.

There are several flaws with all these notions. First, are there any occasions in our society where people become Christians without knowing the evangelist very well? In fact there are. Evangelists on TV convince many people of their need to follow Christ. Can this be genuine? Yes, it just needs follow-up with the person to bring him or her to baptism, active church membership, and growth in Christ. Certainly in the United States there are people becoming Christians every day without anyone “earning the right” to share the gospel with them.

It doesn”t have to be different today from Jesus” interaction with the Samaritan woman (John 4:7-26). This seemingly random encounter resulted in recognition by the woman”s entire village that Jesus is the Savior of the world (John 4:42).

While some might say Jesus earned the right to share the gospel with the Samaritan woman by telling her secrets from her personal life, mostly he just talked about “living water” and the kind of true worshippers God is seeking. It was really what some might call a “divine appointment” where an opportunity to share the gospel presents itself immediately.

It is part of our culture today to hold back from religious fervor or public display of faith through prayer or evangelism. But things are different in many other places. African Christians and Middle Eastern Muslims have no qualms talking openly about spiritual matters. Our reluctance to do so is a Western issue that arises from pluralism and tolerance of diversity. When I take groups of Americans to Africa, I find them reticent to share the gospel with strangers or to pray with unbelievers in public, yet Africans would be open to both in most cases.

Being sensitive to people of other cultures or to Americans who have perhaps been bombarded by overzealous evangelists is commendable. But we can also err on the side of caution by assuming that most non-Christians disdain evangelism or any sign of religious fervor. American Christians often let our cultural environment dictate how open we will publicly share our faith. By assuming that most fruit is unripe for the gospel, we may become ignorant of what ripe fruit even looks like.

On the other hand, Asian, African, and Latin American Christians may be less reluctant to share the gospel with strangers. Not coincidentally, their churches often grow more rapidly than ours.

We American Christians often make a mistake when we place benevolence before evangelism of people with few resources, automatically assuming that visible poverty is just a physical issue. We sometimes call this holistic mission, but biblical holism does not divide so sharply between physical and spiritual problems, and neither do many cultures where we travel for short-term missions.

We know Jesus operated consistently, so an examination of what he said and did in John 6 will be instructive.

John 6 begins with Jesus teaching the people out in the Galilean countryside for so long that they became hungry. Recognizing they were a long way from food supplies, Jesus compassionately multiplied the few loaves and fishes available and fed the masses.

Later on, when those masses followed Jesus across the lake to seek more food, Jesus turned the tables on them, telling them they should seek the bread of life instead of physical bread. Jesus clearly disappointed many potential followers that day. But at what point did he ignore the Great Commandment?

Jesus obviously lived consistently with the Great Commandment all the time. His point was spiritual needs ultimately outlast and outweigh physical needs; the bread of life is more valuable than perishable bread (John 6:27, 50), so we must hold to the eternal perspective more strongly than any temporal perspective.

The Great Commission, having eternal consequences, becomes a seamless part of the Great Commandment. God”s love is not only for our physical needs but also our spiritual life as well. And the order in which we show his love, and ours, need not always go from physical to spiritual.

We need to be concerned for people who are lost in the same way Jesus was concerned, whether it involves “earning the right” to talk of spiritual things or just sharing Jesus right away. In both cases, the only help that will have eternal consequences is to share and teach that Jesus is Savior and Lord.

Robert Reese serves as associate professor of cross-cultural ministry at Mid-Atlantic Christian University in Elizabeth City, North Carolina. He served as a church planting missionary in Zimbabwe for more than 20 years and continues to travel there with short-term mission teams. 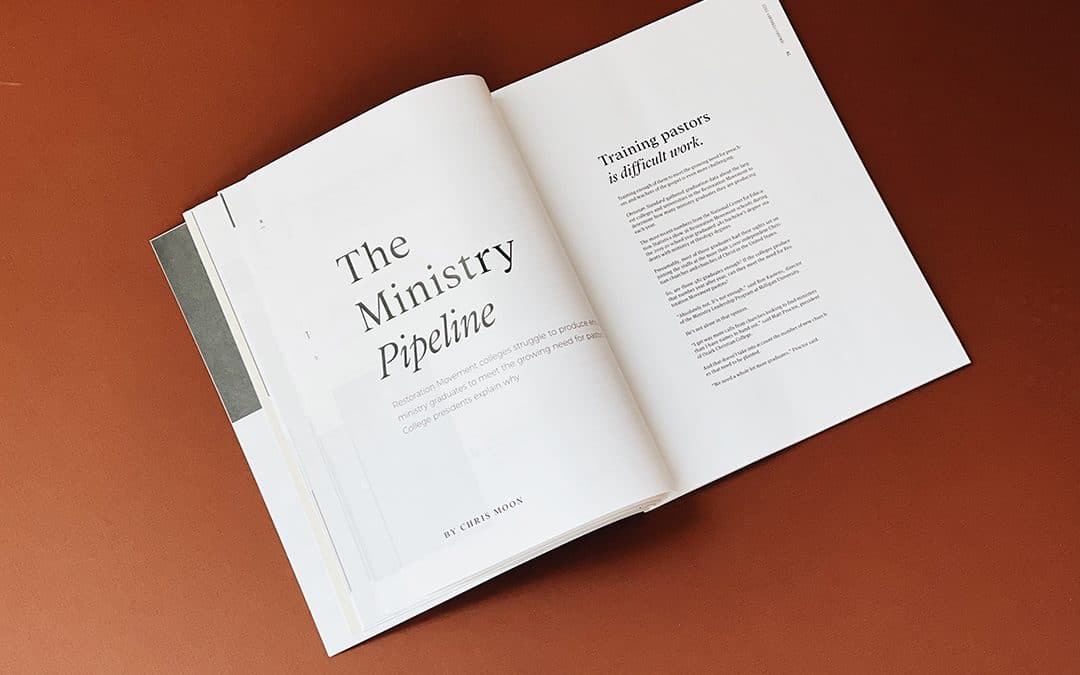 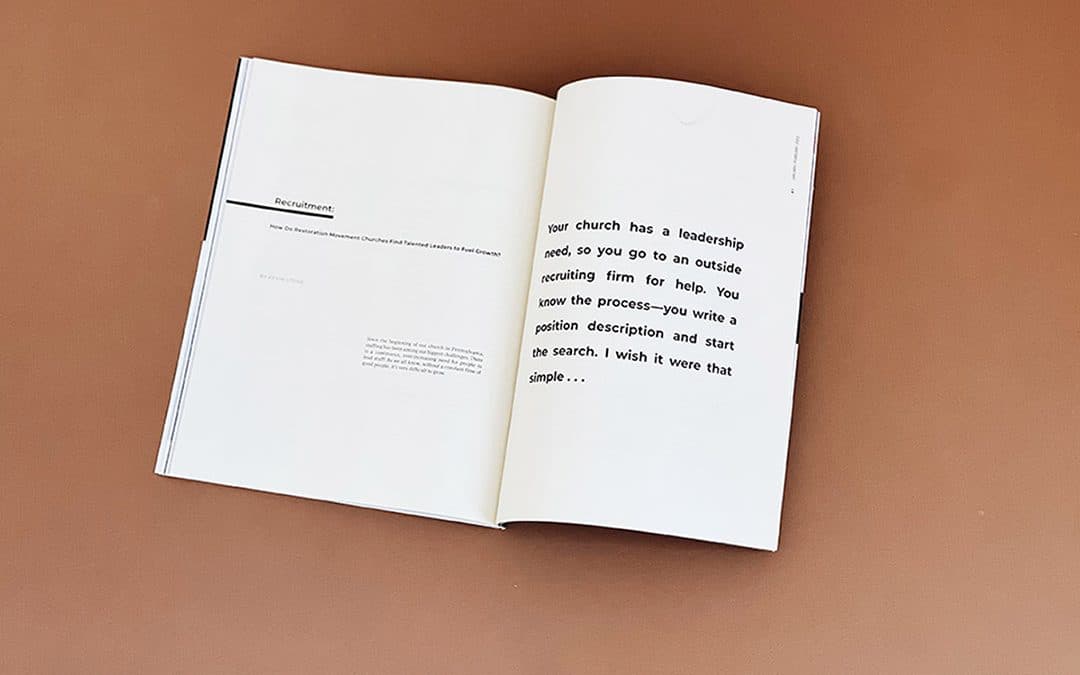 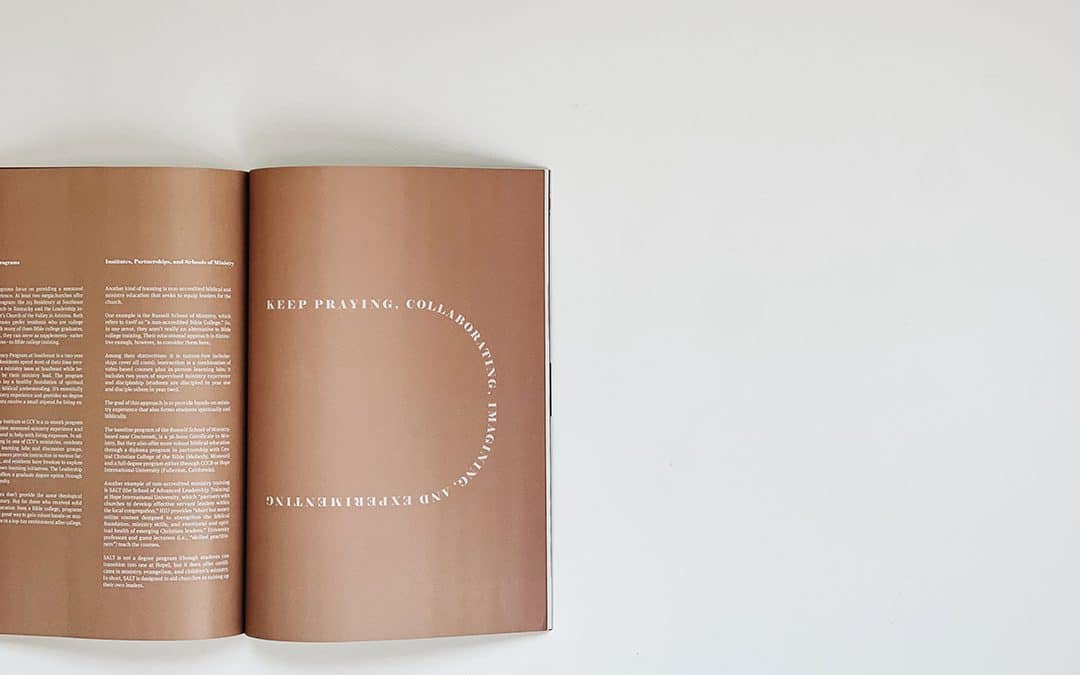 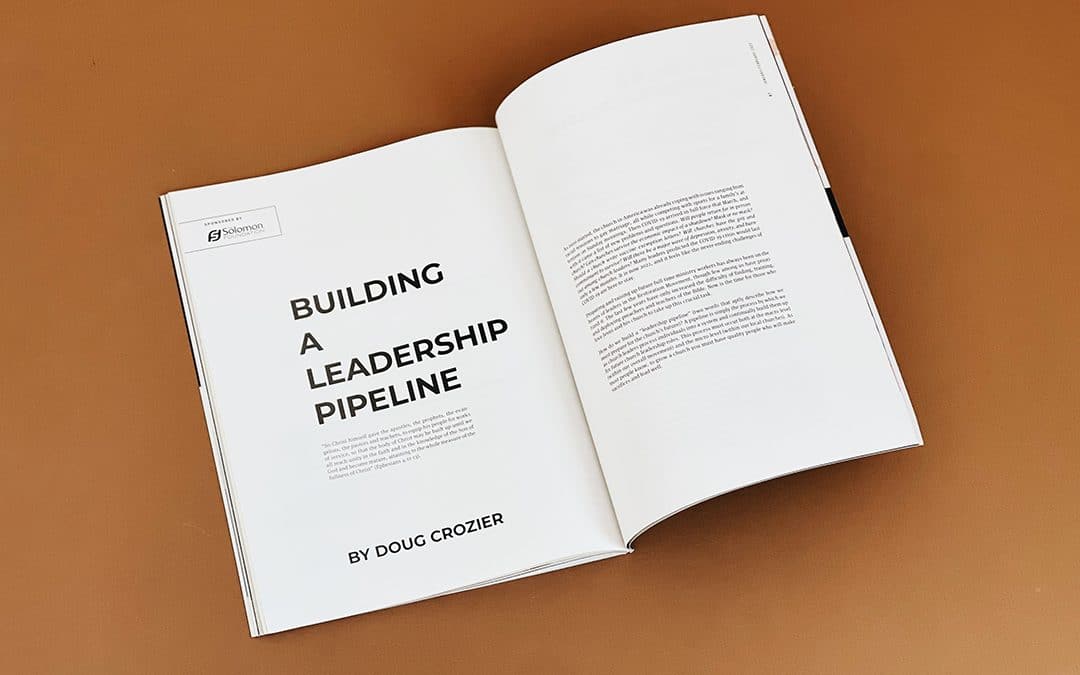