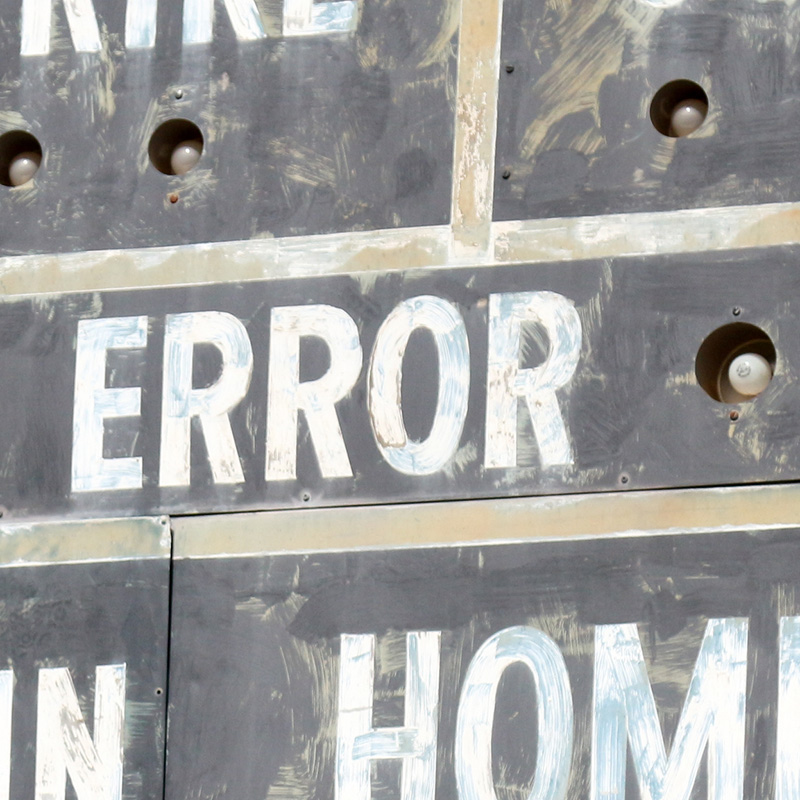 On June 2, 2010, Detroit Tigers pitcher Armando Galarraga was on the verge of pitching a perfect game—a feat so rare that, in all of baseball history, only 20 pitchers to that point had ever accomplished it. After retiring 26 consecutive Cleveland Indians batters, Galarraga was one out away from joining the rarified ranks.

A frenzied crowd was on its feet, with players and coaches in both dugouts craning to see if history would be made. When Cleveland’s Jason Donald smacked a grounder between first and second, it happened. Galarraga raced to cover first and caught the throw from first baseman Miguel Cabrera a split second before the Cleveland batter reached the bag. But seasoned umpire Jim Joyce, without a moment’s hesitation, shocked the whole stadium with his call—“SAFE!”

Detroit manager Jim Leyland rushed to the umpire and, along with thousands of angry Detroit fans, voiced utter disbelief. But Joyce, confident of his call, did not flinch. After order was restored, Galarraga got the next batter to ground out to third base, but he’d been robbed of a perfect game by an umpire who made one of the worst calls in baseball history.

Following the game, after watching the replay again and again, Joyce was inconsolable. “I just cost that kid a perfect game,” he cried. And then Joyce did something amazing, he asked to meet with Galarraga. Through tears, Joyce admitted his terrible call and apologized to Galarraga.

The next day, before a new game in Detroit, Leyland did something amazing, too. Detroit’s manager had Galarraga deliver the lineup card to the home plate umpire who, that night, was Jim Joyce. Joyce had tears in his eyes after stepping onto the field, even before Galarraga came his way. And their meeting became a perfect way to mend a terribly imperfect wrong.

Many have pointed out how rare it is for an umpire to admit an error, and how equally remarkable was Galarraga’s display of grace. That’s because most people tend to deny mistakes and are stingy with grace.

The table around which we gather for Communion should always be a place where sin is honestly admitted, because it is also a place where grace is freely given.

For Galarraga and Joyce, it was only a game. For us, it’s about eternity. And an instant replay shouldn’t be necessary for us to admit that none of us is perfect.

An Old Testament prophet said, “No one is righteous, not even one.” That’s an honest confession. But the Bible also promises, “If we confess our sins, God will forgive our sins.” Which is all about grace. And that is perfect!

David Ray is serving as interim president of Cincinnati Christian University, which he also serves as dean of the graduate seminary and professor of practical ministries.