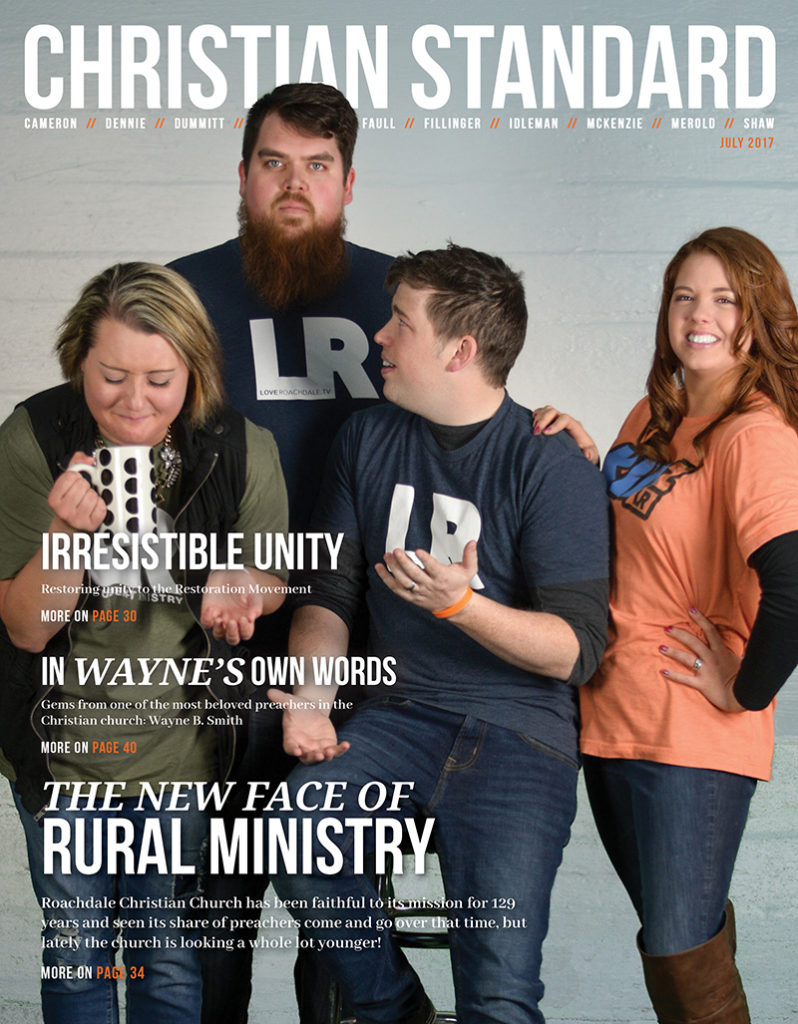 On Sunday, June 18, Crossroads Christian Church in Grand Prairie, Texas, gave 4,000 copies of the July issue of Christian Standard, with its new design and focus, to its members and attenders.

Senior pastor Barry Cameron told those in attendance that the magazine is one of the oldest continually published magazines in the United States and is all about our “tribe.”

“We told them the emphasis of this publication is to unify and rally all the Christian churches together to have a greater impact for the kingdom and to share the great stories of what God is doing in our churches,” Cameron says. “We wanted them to be able to see this issue and then have the opportunity to subscribe so they could keep up with what’s going on in our movement.”

People applauded when they were told each person would get a free copy of the magazine. Cameron says, “The response has been terrific” to everything about the new Christian Standard: the cover, the creativity, etc., but mostly the content.

Cameron says he is excited about the relaunch of the magazine for many reasons, all focused on people involved in the July issue. The new publisher, Jerry Harris, is a dear friend of Crossroads and has preached there many times. Wayne Smith, the subject of Cameron’s story (“In Wayne’s Own Words”), spoke at Crossroads a number of times and the church supported his ministry to ministers for 20 years. David Dummitt, writer of the “Movement” column, has spoken at the church several times and is speaking there again in August. Ben Merold (“The Restoration Ideal Still Works”) is a dear friend of the church and well-loved by the people. Ken Idleman (“A Profoundly Influential Leader”) is a longtime friend of the church, has spoken there numerous times, and the people love him.

Want to follow this example and give away copies of Christian Standard to your church? To order copies of an individual issue, call 720-598-7377 or contact us at info@christianstandardmedia.com.