Good Friday looked anything but “good” to Jesus’ disciples that day. Saturday was no better. Sunday began with the same feelings of despair, disappointment, and desperation in the hearts of all his followers. As one of them explained later, “We had hoped that he was the one who was going to redeem Israel” (Luke 24:21).

Empty Tomb
John 20:1-10
Just after sunrise Sunday morning (Mark 16:2), the women made their way to the tomb where the body of Jesus had been placed. They carried with them spices to prepare the body for burial. While the three other Gospel writers name additional women who came to the tomb, John focuses on the experience of Mary Magdalene. Mary mentions the other women, however, saying, “We don’t know where they have put him.”

En route there, the women had been worried about how they could get into the cave-like tomb. A large rock had been rolled across the entrance. To further insure that the body of Jesus could not be removed, Roman guards had been placed at the site (Matthew 27:62-68). When Mary arrived at the garden cemetery, to her amazement the stone had been removed. This could be clearly seen, even with just the early morning light. Mary feared a grave robbery. She guessed that people must have come, moved the stone, and taken the body of Jesus somewhere.

Immediately she ran back to Peter. He and the other disciple ran to the tomb. John modestly refers to himself in this way here and elsewhere (see John 21:20; 23-25). John got there first! Many Bible students conclude that he was probably younger than Peter. John looked inside, but didn’t go in. When Peter arrived, he didn’t hesitate. Stepping inside he saw the linen shroud and the neatly folded burial cloth. Then John entered. He saw and believed—that Jesus was raised from the dead! A.T. Robertson wrote, “Peter saw more after he entered than John did in his first glance, but John saw into the meaning of it all better than Peter. Peter had more sight, John more insight.”

They still did not understand from Scripture that Jesus had to rise from the dead. It may surprise us that the disciples had not understood the many references Christ made to his resurrection during their three years together. However we have the advantage of 20-20 hindsight! Gradually they came to understand the meaning of Scriptures they had studied for years (see Psalm 16:10, 11; Psalm 110:1, 4; Psalm 118:22-24; Isaiah 53:11, 12). These passages now had new significance (Luke 24:26). Everything fit together. When Peter preached on the Day of Pentecost, he referred to the fulfillment of Old Testament prophecy in the death, burial, and resurrection of Jesus (Acts 2:25-32).

For now, however, the disciples returned to their homes. Verses 11-18 are not included in today’s printed text. They explain that Mary Magdalene remained at the tomb after the disciples went back to where they were staying. As she looked into the tomb and wept, she saw two angels. They asked why she was crying. She explained that someone had taken away the body of Jesus. A man came up, but she did not recognize him at first. Thinking it was the gardener, she said, “If you have carried him away, tell me where you have put him, and I will get him.” Jesus spoke just one word: “Mary.” Instantly she recognized him and cried, “Rabboni!” (Teacher). They talked briefly. When he was gone, Mary Magdalene hurried to the disciples with the news. “I have seen the Lord!” she told them.

Risen Lord
John 20:19-20
The disciples were still uneasy that evening. They kept the door to the room locked, not knowing what the Jewish leaders might do next. Suddenly Jesus stood in their midst. Their first thought was that this must be a disembodied spirit (Luke 24:37). Then Jesus said, “Peace be with you!” No greeting was ever more gratefully received! This was Jesus himself—no ghost! They could touch him. Later they ate with him (Luke 24:42, 43). Looking at his hands and side, they were absolutely positive that this was Jesus. His body bore the marks of the cross. The disciples were overjoyed when they saw the Lord. The fact that Jesus rose from the dead still brings joy, hope, and confidence to believers today.

*Lesson based on International Sunday School Lesson, © 2008, by the Lesson Committee. Scripture quotations are from the New International Version ©1984, unless otherwise indicated. 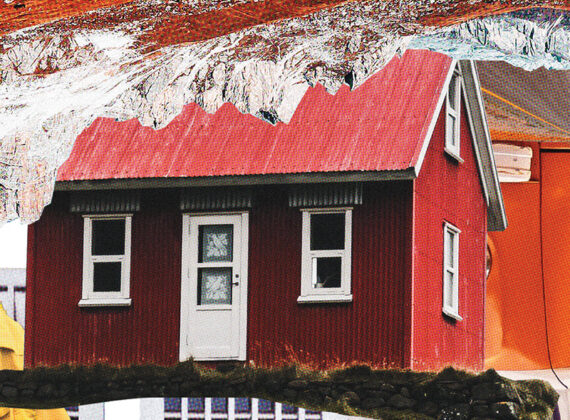