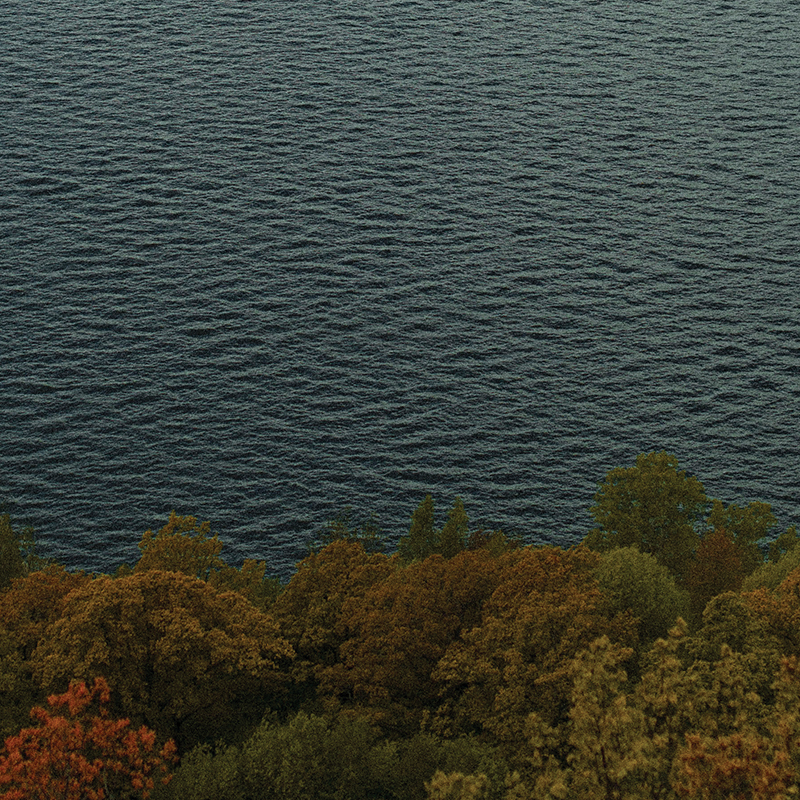 The Missouri River—the “Big Muddy”—runs past the city of Omaha, Nebraska. If we wanted to get pure, unpolluted water from this river, we have two basic choices. We might, as Omaha has done, install a filter to remove the mud that has accumulated in the water during the river’s meandering path south and east. But that treats only a small portion of the water, and the great body of the river runs on as muddy as before. If, however, we go to the source, we would find pure water that comes fresh from the wellspring.

Similarly, if we want the pure, unadulterated Christianity given through divine inspiration, we must go back to the source, before the evils and impurities entered the church. Herein is the difference between Restoration and Reformation.

I have just given you one of my favorite illustrations about unity. I found it years ago in the book 600 Doctrinal Illustrations published by Standard Publishing in 1941.

We should seek unity in the church, if for no other reason, because Jesus prayed for it. When Jesus prayed in the Garden of Gethsemane, he prayed for himself and his disciples. Then he prayed, “My prayer is not for them alone. I pray also for those who will believe in me through their message, that all of them may be one, Father, just as you are in me and I am in you. May they also be in us so that the world may believe that you have sent me” (John 17:20, 21).

So, we can’t criticize a biblical emphasis on unity. To do so would be to criticize this prayer of Jesus the night before his death on the cross. Jesus stated clearly that the world would not believe if there were not unity in the church. To have this, we must go back to the source.

I do not believe such unity exists in the churches today. As a result, we have failed to evangelize the world, and the church seems to have more divisions today than in the past. While many efforts toward unity have been made, our own brotherhood, the Restoration Movement, has been about the only group that constantly reminds us to go back to the source.

We seem to meld together both practical and scriptural emphases when we stay with our plea of getting back to what the New Testament teaches about salvation, church structure, and Christian living. This concept of going back to the New Testament for our doctrine and structure seems to be very acceptable in our present culture of tolerance concerning almost everything. There is still a great opportunity for this brotherhood of local churches that promotes unity by getting back to the source.

We are not a dying movement. Our future is bright. I can think of at least four reasons this is true. First, our brotherhood has many large churches that are still growing. The number of megachurches in proportion to the number of congregations is phenomenal.

Second, our foreign missionary efforts are many times larger than they were 40 years ago and, unlike many denominational reports, we usually count only full-time missionaries.

Third, our brotherhood is still evangelistic and our educational system is still very much alive.

Fourth, we are recognized as leaders in church planting and we hear many reports of fast-growing new churches.

A well-known denominational preacher recently said, “Where in the world did you people suddenly come from?”

However, we have not yet accomplished our purpose of unity, even though we offer a solution—that of going back to the New Testament as the source of Christianity.

Hold to the Restoration Ideal

The Restoration ideal still works if we will work it. It offers a basis of unity to all who believe the Bible to be the Word of God. We are a unity movement, and that unity is based on Scripture.

We offer a plan of salvation that is scriptural. We believe that salvation is by grace; it is a gift from God and is the result of Jesus Christ dying on the cross to redeem us from sin. He was resurrected from the dead, he ascended to Heaven, and he is coming again.

And so salvation is a gift. It is by grace. It is something we must have but cannot accomplish on our own. Still, a gift must be received, or we do not possess the gift even though it is available. Therefore, because God loves us, he also teaches us that we are under a new covenant, and the New Testament clearly articulates how people accept this gift: Those who became Christians heard the Word of God and believed it. They turned to God in repentance and confessed their faith in Jesus as their Savior. They were then baptized into Christ and were looked upon as redeemed and added to the church. (See Acts 2:36-47.)

The book of Acts goes to great length to give us story after story of people who were converted to Christianity and added to the church. The pattern of conversion was always the same even though the experiences of the converts were often different.

We must teach salvation by grace, but we must also teach that, as individuals, we appropriate that grace by following the New Testament pattern. As is often said, “The ground is level at the foot of the cross.” We are all saved the same way.

But when we are added to the church, we are confronted by another New Testament concept—the local church is to be led by its own elders and deacons. In the New Testament, each church cooperated with other local churches, but no denominational form of government existed. This too is a great foundation for unity.

Our movement has been identified by some unusual mottoes from the past. Here are three:

“The Bible only makes Christians only.”
See the basis of unity here? It takes the Bible and something else to make a person a member of a denomination.

“In essentials, unity; in opinions, liberty; in all things, love.”
We must be obedient in the matters of faith that are taught in the New Testament, but in the realm of opinion we have liberty. However, let’s attempt to show love in all things.

Today’s young people grasp the meaning of these mottoes and are seldom offended by them. We need to refer to them and display them.

Let’s never fail to communicate the biblical doctrines our movement has consistently professed. First, consider baptism, which is for a believer who has turned to Christ in repentance and willingly confesses Christ as Savior. It is immersion in water for the remission of sins and the gift of the Holy Spirit. (See Acts 2:38; 22:16; Romans 6:3-5.)

Every denominational preacher I have talked to about baptism has admitted that the immersion of a believer into Christ for the remission of sin and the gift of the Holy Spirit is right and scriptural. Therefore, let us continue to practice it the way everyone admits is right. This too is a basis for unity.

Then there is the Lord’s Supper, often referred to as the Communion service. This simple act of taking unleavened bread and the fruit of the vine in remembrance of the fact that Jesus died for our salvation was the central act of first-century Christian worship. It was the way Jesus asked us to remember him. The New Testament proclaims that in observing this, “you proclaim the Lord’s death until he comes” (1 Corinthians 11:26)! When we take the Lord’s Supper, we preach a visual, practical sermon about the body and blood of Christ.

These two ordinances are essentials and can become another basis of unity when the clear teaching of Scripture is accepted.

Legalism comes in many forms. It often appears when we try to make our opinions matters of faith. Legalism often adds to New Testament teaching in the same way the Jewish religious teachers added to the law of Moses during the time of Jesus on earth. An incident at our church illustrates this well:

We had closed a morning service with several baptisms. As soon as the service was dismissed, a man who was visiting ran forward shouting, “Those people were not scripturally baptized.” We had baptized the converts in the name of the Father, Son, and Holy Spirit for remission of sin and the gift of the Holy Spirit. What could be his problem? As I questioned this man, I learned that while our staff member in the baptistery had given the New Testament reasons for baptism, he had not said some of the additional things that were said during baptismal services in the visiting man’s home church. This is one example of legalism. Let us be careful not to attempt to force our opinions in nonessentials on others.

We are part of a great movement to get back to the source—the New Testament—and restore the church in its doctrines and structure. In doing so, we offer a basis of unity to a divided church world. I ask you to pray for our brotherhood and for our churches. Please pray that God will use us to remind the world of the Savior and the simple teachings concerning salvation and the church as taught in Scripture. Let us take advantage of what the Lord has given us and renew our purpose without apology.

Ben Merold serves as minister-at-large at Harvester Christian Church, St. Charles, Missouri. He and his wife, Pat, travel extensively as speakers for retreats, conventions, and seminars.