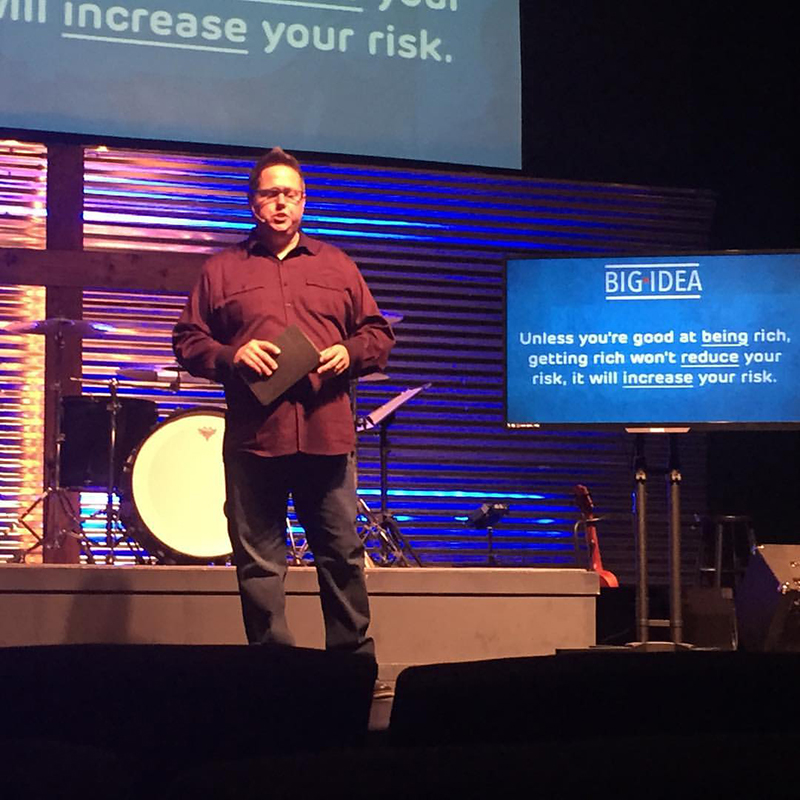 This month, Crossroads Christian Church (the urban church we planted in Joliet, Illinois) celebrates its 10-year anniversary. During that time, we have grown from several dozen people into a thriving congregation of more than a thousand with a vision to reach thousands more for Christ.

We have built our ministry by meeting the social and spiritual needs of our community. We have baptized 500 people into Christ, remodeled our original church building, built a larger worship center, started a Spanish-speaking congregation, and now we are relocating to a new building that will facilitate even greater growth and community impact.

Through it all, we’ve emphasized serving under-resourced people in tangible ways.

The past decade has been incredible for Crossroads Christian Church, but our unusual story would never have been possible if not for a dying church called Maple Lawn.

The Seed
The Chicago District Evangelistic Association (CDEA) planted Maple Lawn Christian Church in 1957. Two years later, the church acquired property in a postwar subdivision being developed on the city’s then-emerging west side.

Maple Lawn grew into an influential church. It planted numerous new churches throughout the southwest suburbs of Chicago until the 1980s, when that area of Joliet became more urbanized and a more suburban area of Joliet developed even farther west.

At the same time, Maple Lawn’s growth plateaued and then began to decline. The church failed to change as rapidly as the city, and by the turn of the century, it divided and dwindled into a church of fewer than 50 senior adults.

By 2006, the senior adults struggled to find a way forward and finally invited the CDEA to take control of their assets; they requested their building and bank account be used to plant a new church in the heart of urban Joliet rather than being liquidated to plant more suburban churches.

In November 2006 I was hired by the CDEA to close Maple Lawn and open Crossroads. I had a passion to preach and a heart to reach people for Christ, but in hindsight, I had no idea how to do either in an urban setting.

The Ground
Joliet is home to 150,000 people. It is consistently ranked as one of the most dangerous cities in Illinois. Twenty percent of the population lives below the poverty line, while 6 percent lives on less than half of that threshold. Middle-class skilled labor and factory jobs are moving out of Joliet and being replaced by low-paying retail and warehousing jobs. Middle-income households are moving out, and lower-income households are moving in. Joliet is welcoming a rapidly growing migrant population. The city is now 50 percent white, 30 percent Latino, and 16 percent black.

In every sense of the word, Joliet is an urban community.

In truth, I would not have survived and Crossroads would not have thrived but for an old church—dying as it may have been—on whom we could lean. We learned much from their positive experiences and perhaps even more from the negative. Crossroads adapted and grew, and our story is unusual if not remarkable.

Today I am convinced Maple Lawn is just one of countless stories: planted in generations past, plateauing and declining in economically challenged areas, and praying for revival. I know from personal experience these churches still have tremendous gospel potential if repurposed for urban church planting.

I am further convinced Crossroads can be one of countless more stories: planted in old church buildings, funded by old church bank accounts, learning how to best meet the needs of their communities while proclaiming the good news of Jesus Christ.

Many church planters are hesitant to plant in a dying-church setting and for good reasons. I am not suggesting, however, that we replant or rebrand old churches, but repurpose the resources of old churches to plant new churches.

History. As I mentioned, our story did not start in 2007 when we opened Crossroads, but in 1957 when Maple Lawn opened.

For 50 years before our arrival, Maple Lawn ministered to Joliet and was a pillar of the city. While they had difficulty adapting to the changes around them, they nonetheless knew their community and culture. They knew Joliet’s nuances and needs, but they didn’t know how to meet those needs. Still, they were instrumental in helping Crossroads navigate relationships with local government, local organizations, and the community at large.

A church that does not adapt and change will quickly plateau and die, and our history is a constant reminder of this. When an initiative is announced and someone complains, we point them to a member of the old church who tells them what happens when a church does not adapt.

The local community knew the old church was in decline, and that was unfortunate. Several church splits occurred through the years, and there was a lawsuit between previous members. We worked hard to overcome the negative perception. After several years of serving our community in powerful ways, the bad memories of the old church were replaced by exciting experiences with the new church.

Property. Dying churches typically have property, which is an incredible resource. Yes, it may be older property, and it may reside in 50-, 60-, or 100-year-old neighborhoods. But affordable property is a luxury in urban communities.

When we took possession of the old facility, we immediately renovated the space with new carpet, paint, technology, and a new stage. We turned the lobbies into contemporary gathering spaces and did everything we could to modernize. Still, it was an old building . . . but we had a rock band in a stained-glass room and that was cool!

Truthfully, I sometimes resented the old building; but in hindsight I’m thankful we didn’t have to pay rent or carry a mortgage for the first five years of our new church. A “free” facility for your first five years is money in the bank.

That brings us to a third resource dying churches often have.

Currency. I raised $100,000 for our new church from friends, family, and my home church, but we also inherited $160,000 in savings from the old church. Therefore, we had more than a quarter of a million dollars available to us from the beginning—one of the main reasons we started strong.

This allowed us to staff well, minister well, and market well. We even were able to tithe to other new churches and global missions. As a new church planted by an old church, we never had to worry about underfunding.

The Sacrifices Needed
For this church-planting model to work, two things must happen: (1) There must be a definitive transition from old to new; and (2) there must be a humble but hopeful transition team.

Our story would not have been possible if we simply rebranded the old church with a new name, logo, and leaders. The old church had to close. The old bylaws had to be put away. The old congregational leadership system had to be laid to rest.

The church and surrounding community had to fully understand the old church was gone and the new church had come.

Struggling and dying churches often call us after hearing our story. They say: “We want to do what you did. Please tell us how it’s done.”

Generally, they answer no, and we tell them they are not ready to do what we did.

The people of Maple Lawn (my heroes!) gave up everything—their building, money, organizational structure, and ability to steer the direction of the church—and God blessed their sacrifice. Nearly all of them remain with our new church.

A great church now stands where a dying church once stood; it stands as an example of what can happen when an old church repurposes its resources to plant a new church.

(Read “Free Indeed” by Justin Horey for more about this unusual church.)

Matt Summers serves as lead pastor with Crossroads Christian Church in Joliet, Illinois, which he planted in 2007. He is a graduate of Ozark Christian College, Joplin, Missouri, and Cincinnati (Ohio) Christian Seminary.