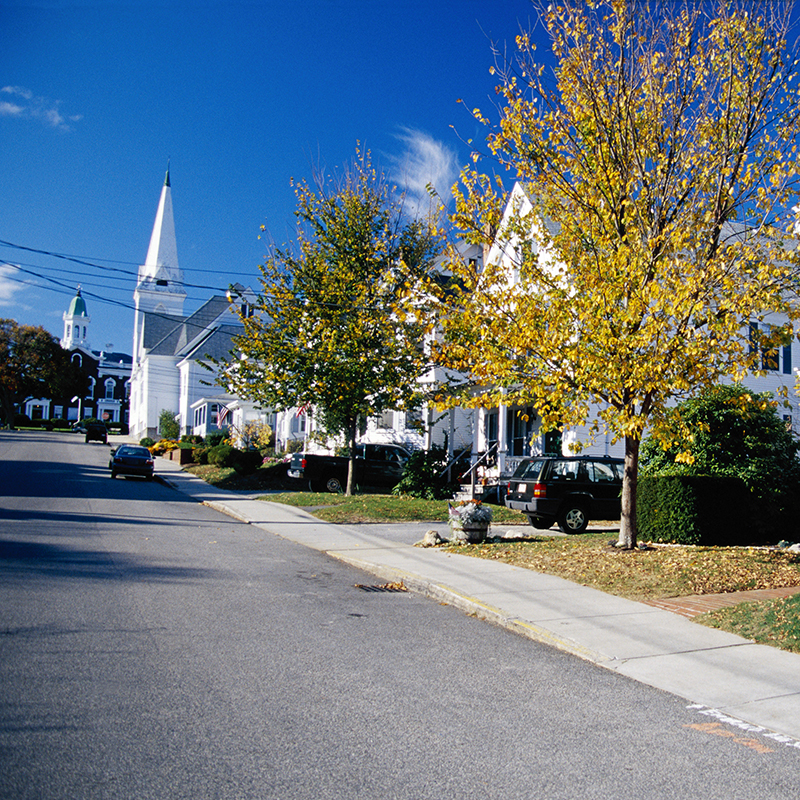 In September’s issue, I examined statistics and trends primarily affecting urban and suburban communities and churches in the United States. This month, I’m focusing on the rural counterpart.

In 1950, more than a third of the U.S. population lived in rural areas. That rural percentage has consistently declined through the years to less than 20 percent today. The Wall Street Journal recently reported (“Rural America Is the New ‘Inner City,’” Janet Adamy and Paul Overberg, May 27-28, A1),

[A]n unprecedented shift is under way. Federal and other data show that in 2013, in the majority of sparsely populated U.S. counties, more people died than were born—the first time that’s happened since the dawn of universal birth registrations in the 1930s.

This is a shift from the 1980s to mid-1990s when big cities were the locus of these issues and challenges.

As large cities and suburbs and midsize metros saw an upswing in key measures of quality of life, rural areas struggled to find ways to harness the changing economy. . . . There has long been a wage gap between workers in urban and rural areas, but the recession of 2007-09 caused it to widen. In densely populated labor markets . . . the average wage is now one-third higher than in less-populated places that have 250,000 or fewer workers—a difference 50% larger than it was in the 1970s.

The shrinking population has also impacted colleges in rural areas and small towns more than in other areas of the country. “Between 2009 and 2014, 43% of about 300 private four-year colleges in rural areas and small towns saw a decline in undergraduate enrollment” (“Fates of Rural Colleges, Towns Tied,” Douglas Belkin, Wall Street Journal, December 22, 2016, A7). The success or failure of these colleges and their small towns are often intertwined and also could have a corresponding impact on local churches.

Small towns in the Midwest have diversified more quickly than almost any part of the U.S. since the start of an immigration wave at the beginning of this century. . . . Counties in a distinct cluster of Midwestern states—Iowa, Indiana, Wisconsin, Illinois and Minnesota—saw among the fastest influxes of nonwhite residents of anywhere in the U.S. between 2000 and 2015. . . . In 88% of the rapidly diversifying counties, Latino population growth was the main driver.

It was also noted, “Unemployment is actually lower in rapidly diversifying counties than in the country on the whole.”

The numbers now tell us (“Minorities Grow in Many Areas,” Janet Adamy and Paul Overberg, Wall Street Journal, June 23, 2016, A3),

White Americans no longer account for the majority in hundreds of counties across the U.S. In 377 of our nation’s 3,142 counties, the so-called minorities now represent the majority of the population. These counties are home to almost one-third of Americans.

The new figures point to a widening racial generation gap. While three-quarters of Americans age 55 and older are white, just 56% of those 18 to 34 are white, and only slightly more than half of minors are white.

More Hispanics are being born in the U.S. than are dying. The opposite is true of non-Hispanic whites, which had never been the case until four years ago.

The last time white Protestants constituted a majority of the population was in 1993.

Years ago, I heard someone suggest that your church should reflect the level of racial diversity found at your local Walmart. How would your church compare?

Rural America is not keeping up with urban and suburban areas when it comes to access to technology. For example, “about 39% of the U.S. rural population, or 23 million people, lack access to broadband internet service compared with 4% of the urban residents” (“Moving at the Speed of Dial-up,” Jennifer Levitz and Valerie Bauerlein, Wall Street Journal, June 16, 2017, A1, 11).

I met with the lead minister of a rural church in Indiana recently and mentioned this statistic and he confirmed that many of the people in his 400-member church don’t have Internet access in their homes. How should this reality impact a rural church’s communication methods and approaches to ministry?

Here are a few more interesting findings from our 2016 church survey based on location type:

• Churches in a newer suburb were the most likely to use a multisite ministry model (39 percent). Contrast this with only 14 percent of small-town or rural churches using a multisite model.

• Two in five (43 percent) of churches in newer suburbs used multiple adult worship locations on the same campus compared with only 25 percent of churches in small towns and rural communities.

• The giving in 36 percent of older suburban churches fell short of the budgeted need. In contrast, more than half of the churches in older residential areas (54 percent) and in small towns and rural communities (52 percent) saw their giving exceed their budget.

• Small-town and rural community churches were the most likely to be debt-free (33 percent). By comparison, only 10 percent of churches in newer suburbs were debt-free.

• More than half of the churches in a downtown or central area of the city or in a newer suburb (53 percent) felt their churches were keeping pace with the rate of change in the world. By comparison, just over one-third of churches in older suburbs (37 percent) and in small towns or rural communities (39 percent) felt they were staying current with the changes around them.