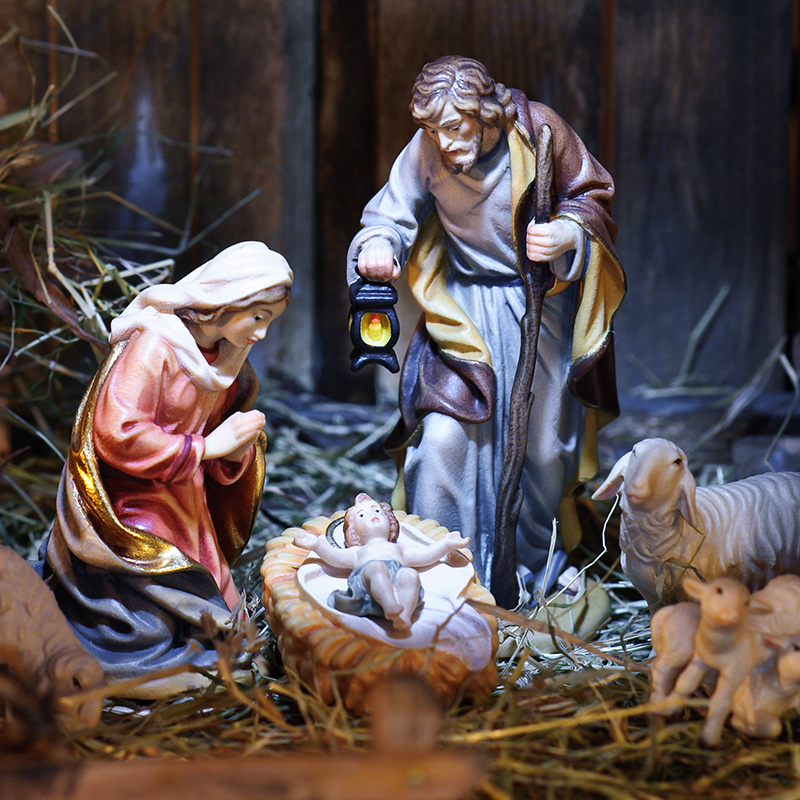 Every Christmas season a funeral home not far from where I live sets up a nativity scene in the front of its property. Live animals are part of the scene, and the people are represented by wax figurines made by the director of the funeral home. Each includes glass eyes and real hair, and a few (including the baby Jesus) have been sculpted after the likeness of the director’s family members.

Just a few days after Christmas in 2002, someone vandalized the nativity set, stealing the Christ child figurine and replacing it with a stuffed monkey. The vandal also broke the fingers off other wax figures and let the live sheep, goats, and donkeys out of the fenced area. (A few days later someone confessed to the vandalism and returned the stolen figurine.) One can understand the funeral home director’s frustration when he commented, “Why people would come and want to destroy this I don’t know. . . . You have to have a warped mind in order to do that.”

Often during the Christmas season it seems that Jesus gets replaced by a lot of other concerns and activities—or if not replaced, perhaps misplaced amid all the constant demands upon our time. At the Communion table, we are given an opportunity to reflect on the full meaning of Christmas. Eventually Jesus could no longer be found in the manger, not because he was stolen but because the manger was no longer needed. Jesus had other work to do: the work about which the angel informed Joseph after he had learned of Mary’s pregnancy, to “save his people from their sins” (Matthew 1:21). The cross, where this work was carried out, was not an accident or just an unfortunate turn of events; it was the fulfillment of the Father’s plan. For at the cross, Jesus replaced us. He died for our sins; he took the punishment that we deserved. He fulfilled the angel’s words.

One could say it took some “warped” minds to treat Jesus the way he was treated at his crucifixion and during the events leading up to it. But all of us are warped because of our own sinfulness. Only the one who came to make “crooked roads . . . straight” (Luke 3:5) can restore us to newness—Jesus and no other.

Someone may be so bold as to steal a figurine from a nativity scene, but the testimony of history cannot be so easily altered: Jesus the Christ—the crucified, risen, someday returning Christ—is irreplaceable.