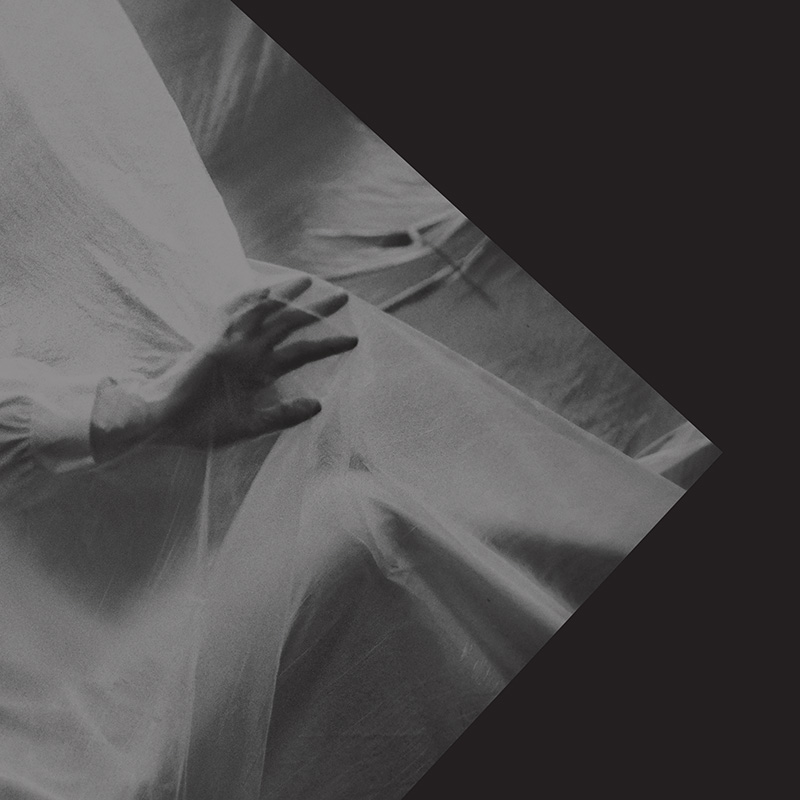 During Passion Week we reflect on Christ’s sufferings for us. We may also remember the sufferings of the apostles and the persecuted church throughout history. Today, millions of people around the world are boldly proclaiming the gospel in the midst of great suffering for their faith. They invite us to know Christ “and the power of His resurrection and the fellowship of His sufferings.” It is the key to reaching the unbelieving world with the gospel of hope.

My wife, Kim, and I have been privileged to serve alongside the persecuted church in countries that do not protect the rights of every faith and in other countries that encourage and even reward those who are hostile against Christians. We have learned much from persecuted Christians, and our lives have been enriched by the powerful testimonies and examples of authentic Christians who take Christ at his word every day.

Our sisters and brothers being persecuted for their faith today are yearning for Christians everywhere to know what they are learning, that we “may know Him and the power of His resurrection and the fellowship of His sufferings” (Philippians 3:10, New American Standard Bible).

Yes, suffering for our faith is part of knowing Jesus Christ and the power of his resurrection; however, we have a tendency to redefine suffering apart from its biblical place and purpose. Over many years of serving the poor in Central America, Kim and I witnessed many ancient traditions of self-flagellation and beatings, mock crucifixions, and pilgrimages wrought with hardships and self-imposed suffering. It was man’s efforts to identify with Christ, but its chief end was, and is, just a vain effort to merit salvation by works.

Joining Jesus in the “fellowship of His sufferings” was Christianity 101 in the early church, and it continues to be that way in much of the world outside the Western Hemisphere. Suffering was expected and an anticipated reality, which Jesus foretold prior to his own sufferings: “I have told you these things, so that in me you may have peace. In this world you will have trouble. But take heart! I have overcome the world” (John 16:33).

Jesus did not say, “If it is easy, convenient, or fun, if it will cost you nothing, go into all the world,” but he did tell his followers to go as “sheep among wolves” (Matthew 10:16) and to anticipate suffering and the power of Jesus to sustain, and to convince people everywhere of the truth of the gospel.

The Fertile Soil of Suffering

We have partnered with International Disaster Emergency Services (IDES) for decades assisting believers in the midst of their suffering due to natural disasters and political unrest. The gospel message is clearest and most compelling for those who are suffering—those to whom we provide a cold cup of water in the midst of intolerable drought, for whom we dig wells in India and provide shelter after earthquakes in Nepal and Panama. It is no wonder that the expansion of the gospel and growth of the Christian community came at one of the most tumultuous times in Central America. Civil war, brutal military dictators, and natural disasters provided the necessary backdrop for the gospel of hope and salvation to enter that tumultuous region.

In the first year of our decade-long leadership development initiatives in Central America, a 7.5-magnitude earthquake hit our province. Widespread suffering and vulnerable populations lacked safe water, medical care, and shelter. We worked with our churches in Western Panama (who were also greatly impacted) and with IDES to provide medical care and disaster response in the midst of great suffering. Decades later, the Christian communities planted in that fertile soil of suffering are now thriving through ministries like Lifeline Christian Mission, led in Central America by Jose Rodriguez, and David’s Well, led for decades by our dear friend, brother Juancito.

In his letter to the Colossians, Paul related his sufferings in completing Christ’s mission to bring the gospel to every nation. What was “lacking in regard to Christ’s afflictions” (Colossians 1:24) was the proclamation that carried the message of Jesus’ sacrifice for mankind, regardless of the obstacles. Jesus died to make it possible for the nations to have access to him, so the body of Christ, the church, must do everything to make the gospel known!

The Blessings and Joys of Suffering

Brother Sanjay, a colleague who serves in India, would tell you he is blessed to “share in the fellowship of Christ’s sufferings,” but his story is difficult to hear. The power of the gospel has been at work in his life in the midst of suffering and persecution, and it has reached a community in Central India once hostile to Christianity.

Hindu extremists ambushed Sanjay and his wife, Gulshan, and tortured them both; they killed her and left him for dead. Sanjay recovered in Central India Christian Mission’s guesthouse and then returned to that very village where, because of his testimony, suffering, and love for the people, the church is growing today. Sanjay displays a peace from God that is undeniable, and when he teaches the apostle Peter’s words to his growing congregation, he does so with boldness and confidence:

Dear friends, do not be surprised at the fiery ordeal that has come on you to test you, as though something strange were happening to you. But rejoice inasmuch as you participate in the sufferings of Christ, so that you may be overjoyed when his glory is revealed. If you are insulted because of the name of Christ, you are blessed, for the Spirit of glory and of God rests on you. If you suffer, it should not be as a murderer or thief or any other kind of criminal, or even as a meddler. However, if you suffer as a Christian, do not be ashamed, but praise God that you bear that name (1 Peter 4:12-16).

The power of the gospel alone can exchange persecution for joy, insults for blessings, suffering for praise, and give believers a heightened presence of God’s Spirit and his glory!

A Suffering That Empowers Our Message

For many years, I served with FAME (Fellowship of Associates of Medical Evangelism) as their regional director in Central America, and later as executive director. We partnered with Christian physicians in the Balkans during one of the most painful periods of suffering in that region’s history. During that period of ethnic cleansing and genocide, the people experienced hope in Christ for the first time. We trained with Christians embedded in community health groups in the midst of war in Central Asia, all of us demonstrating the love of Christ in the midst of severe suffering. We saw the power of the gospel at work through suffering as lives were given hope by the touch of Jesus, the Great Physician.

Our colleagues in the persecuted church are convinced the suffering they are enduring is enriching their lives and empowering their message. Brother Emmanuel and his wife, Savita, went to part of Central India that borders the states of Chhattisgarh and Orissa, where Hindu extremists were at liberty to torment, harass, and kill people of other faiths. Emmanuel had been beaten several times, but in the midst of intense persecution, more and more villages came to faith in Jesus Christ.

The persecution became so intense Emmanuel and Savita were captured and tied up, and Savita was brutalized until villagers answered their screams and drove off the extremists. This couple continued to serve and pray for the community until the love of the Lord and the power of their testimony brought three of the perpetrators to faith in Jesus and into the church! Emmanuel reports, with incomprehensible joy, “They are not our enemies, they have become our brothers!”

A Suffering That Advances the Kingdom

Many years ago, because of our faith in Jesus Christ, we were kicked out and banned entry to a country that severely restricts religious freedoms. However, our loss of home, property, business, and personal freedoms in no way compares with the glory of the unhindered advancement of the gospel of Jesus Christ.

Today, hundreds of millions of Christians who are undergoing severe persecution around the world are imploring us with the words of Jesus: “If any man would come after me, let him deny himself and take up his cross and follow me. For whoever would save his life will lose it; and whoever loses his life for my sake and the gospel’s will save it” (Mark 8:34, 35, Revised Standard Version).

We save our lives by giving them away in the cause of the gospel. This is what Paul meant when he said, “This slight momentary affliction is preparing for us an eternal weight of glory beyond all comparison” (2 Corinthians 4:17, RSV).

Suffering as the Source of Spiritual Growth and Boldness

We’ve wrongly considered our suffering brothers and sisters in Christ as “less fortunate than ourselves” because of their afflictions. My own cultural upbringing all too often associates God’s blessing with peace and prosperity; however, this “comfort theology” is at odds with understanding God’s blessing in light of suffering and persecution. The Bible reveals a “comfort theology” much different from the 21st-century norm, where distress and persecution are the sources of comfort (2 Corinthians 4:15-17).

Jesus taught, “Blessed are you when people insult you, persecute you and falsely say all sorts of evil against you because of me” (Matthew 5:11).

God has used persecution to bring about maturity and to ignite boldness among his followers from the first century until today. The Lord’s followers spoke boldly in the face of persecution and could not be silenced (Acts 4). I am convinced that sharing in the “fellowship of His sufferings” is the key to reaching the unbelieving world with the gospel of hope.

“And the God of all grace, who called you to his eternal glory in Christ, after you have suffered a little while, will himself restore you and make you strong, firm and steadfast” (1 Peter 5:10).

Samuel Zwemer, after 50 years of cross-cultural labor (even the loss of two young children in North Africa), said, “The sheer joy of it all comes back. Gladly would I do it all over again.” Both Hudson Taylor and David Livingston, after lives of extraordinary hardship and loss, said, “I never made a sacrifice.” As part of the fellowship of sharing in Christ’s sufferings, they echo the words of Scripture, “[The Lord’s] steadfast love is better than life” (Psalm 63:3, RSV).

Kevin Dooley serves as U.S. director and chief development officer of Central India Christian Mission, founder and executive director of GlobalHOPE Initiatives, and is serving as president of ICOM 2018 in Cincinnati, Ohio.