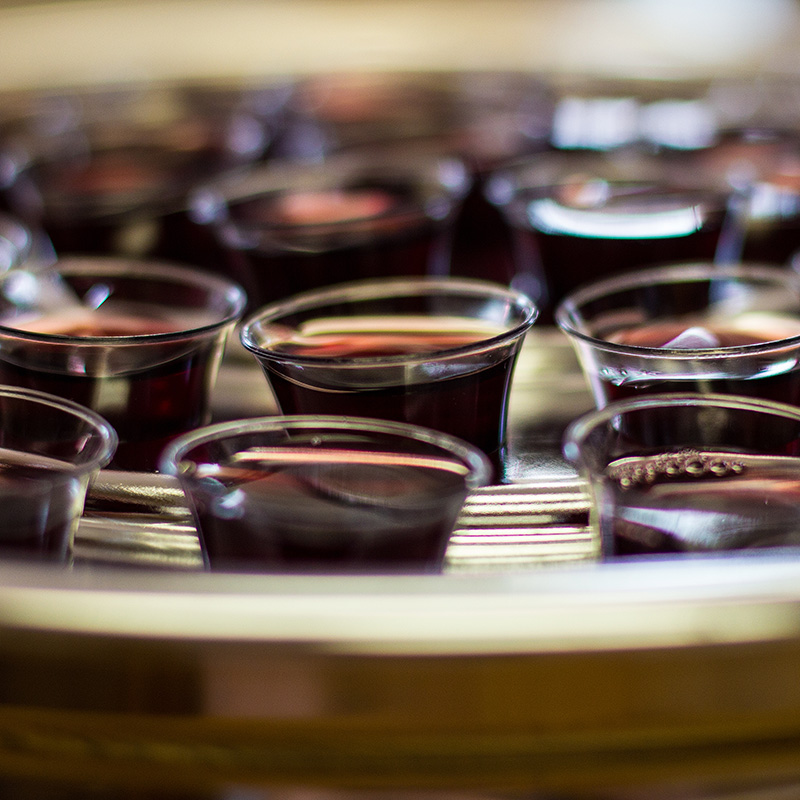 When Lynn’s mom died and then her dad three years later, she inherited many good things from her parents, including a little 14-year-old dog named Gracie who is now 17. Gracie is nearly blind and deaf and is beginning to experience congestive heart failure. She starts and ends her days with eye drops and pills. But she, like most pets, is sweet beyond words and can prance to the door to go out like a puppy. Lynn and her husband consider caring for Gracie the last gift to Lynn’s parents and tend to her with love.

Gracie can see only shadows but knows the house well and finds her way to where she needs to go. However, one evening her eyes were particularly bad, and when she headed down the back hallway to eat, she turned right into the half bath instead of left into the laundry room where her food and bed are kept. It sort of broke Lynn’s heart, and as she bent to pick up Gracie, she said, “What’s the matter, sweet girl, can’t you see today?” She gave Gracie a kiss and placed her in front of her food dish.

It’s been said, “If God were small enough to be understood, he wouldn’t be big enough to be God.” We do “see through a glass, darkly” (1 Corinthians 13:12, King James Version), but we’ve seen Jesus, “the image of the invisible God” (Colossians 1:15), and that’s enough.

Jesus is what God is like. He spent time in the house of Zacchaeus, the hated tax collector. He rested on the side of the well and changed the life of the Samaritan woman who had taken five husbands. He spoke and calmed the storm. He fed the multitudes literally and figuratively. He wept beside the grave of his friend Lazarus and then called him from that grave. After a ministry of service with “no place to lay his head” (Matthew 8:20; Luke 9:58), he willingly suffered and died, “making peace through his blood, shed on the cross” (Colossians 1:20). And then, just as he said, he rose from the dead and told us he would be with us always.

During Communion, it is as though we are a bit blind, seeing only shadows, and turning the wrong way. And God, who tends us lovingly, picks us up and places us in front of the cross and the empty tomb, and says, “Here, sweet child, here’s what you’re looking for.”