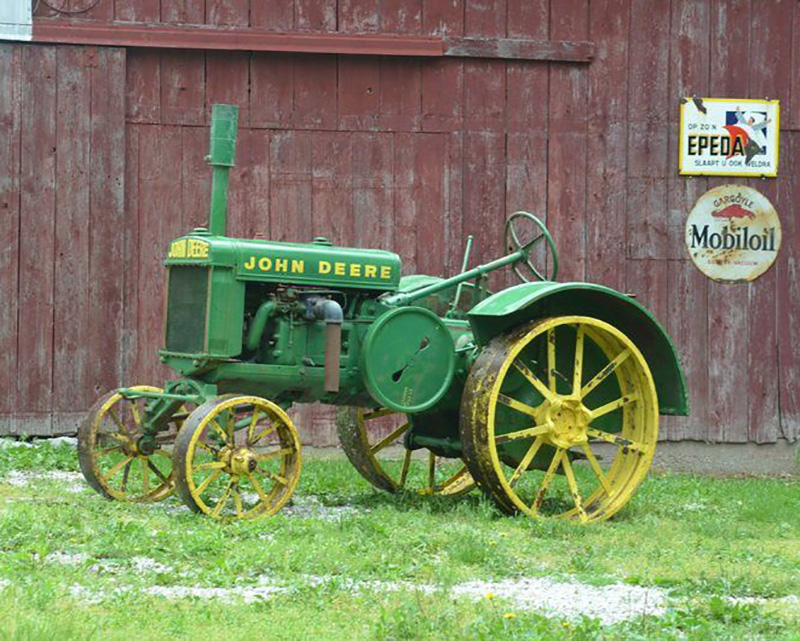 The first John Deere GP tractor ever built is one of two tractors donated for auction to benefit a building shared by Taylorville (Ill.) Christian Church and VisionWay Christian School.

The 1928 general purpose tractor was the first of more than 30,000 John Deere GPs built and sold through the mid-1930s; its distinction as No. 1 was made during an authentication process conducted by Aumann Auctions, Nokomis, Ill.

The anonymous benefactor was informed of the tractor’s historic significance, Aumann marketing director Tyson Reed told the Shelbyville Daily Union. Some thought the man might want the tractor back, Reed said, but he actually was excited because its “first-ever” designation means the tractor probably will bring a higher auction price for the church.

The church member’s view was, “What we gave to the church is the church’s,” said James Jones, lead minister of the Taylorville church, which is located in farm country.

The benefactor also donated a Farmall M, a type of row crop tractor made from 1939 to 1954. The member had had both tractors for several years, Jones said.

Proceeds from the sale of the two tractors will be used to help pay for an addition and remodeling—totaling about $1 million—for the building shared by the church and school. TCC averages about 360, and the school has about 200 students, Jones said.

The John Deere GP was “designed as a row crop tractor, with the fixed front axle straddling three rows,” according to TractorData.com. It’s 2-cylinder engine runs on kerosene.

Reed said the John Deere GP had a “small restoration” in the 1980s. It was not running when it was delivered to the auction house, but it is now.

Reed told the Daily Union he wasn’t sure what price the tractor might command, but as of 8 a.m. Tuesday, absentee bidding had reached $11,000.

“Opportunities to get pieces like this don’t come along very often, if ever,” Reed said.

While auctioning the two tractors will likely result in “far more than we anticipated,” Jones said, “whatever it is, whatever price they bring, we’ll be thankful for it.”