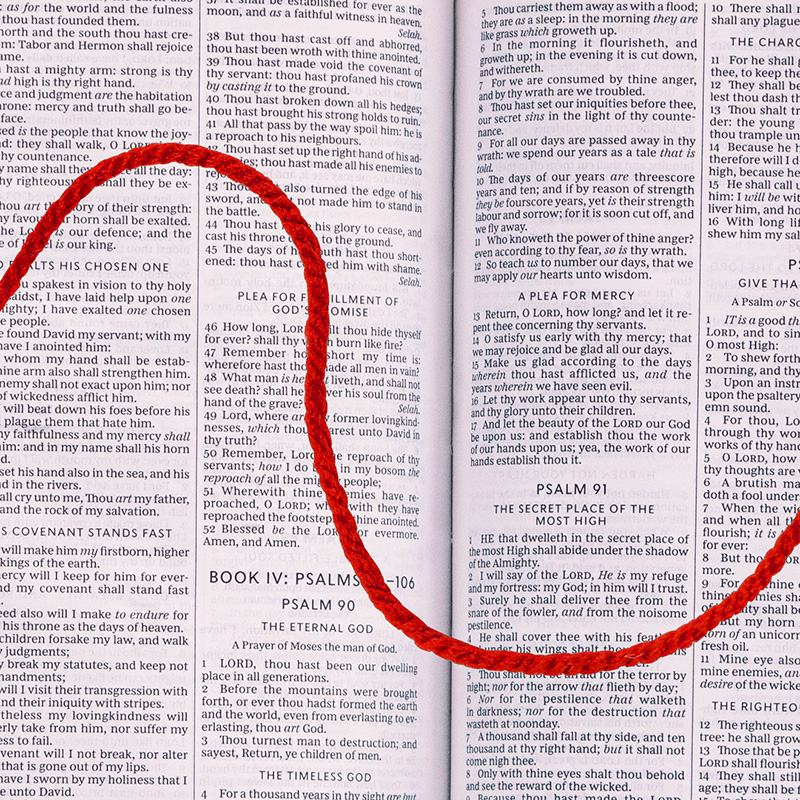 The Bible is very bloody. Two-thirds of the books mention blood, with more than 450 total references. Blood is the scarlet thread that runs through the Bible and is central to Christianity.

Many sincere Christians have set out to read through the entire Bible, only to get bogged down in the seemingly endless details concerning animal sacrifices. Why so many sacrifices? Why so much blood, when the Bible clearly states that the blood of animals cannot take away sins (Hebrews 10:3, 4, 11)?

The Old Testament sacrificial system was part of a symbolic process God used to prepare the world for the coming of the Savior, Jesus, to die for the sins of the world. It was merely a shadow of what was to come (Hebrews 10:1).

The animal sacrifices ultimately impressed on people their need for forgiveness and what Jehovah God was willing to do about it. Each time an animal died in their place the Jewish people vividly saw the messy and destructive results of sin. Sin devastates lives. Sin creates a barrier between us and a holy God, resulting in death, just as God had warned mankind from the beginning.

The sacrificial system also provided a powerful lesson about the grace and mercy of God. It forcefully announced that he was willing to accept a substitute to die in our place. Yet long before God issued instructions concerning animal sacrifices, he had already demonstrated his willing grace.

After Adam and Eve fell into sin, the Bible says, “The Lord God made garments of skin for Adam and his wife and clothed them” (Genesis 3:21). An animal died in their stead. A substitute.

Later, when God interceded to stop Abraham from sacrificing his son Isaac on Mount Moriah, he provided a ram for Abraham to offer “instead of his son” (Genesis 22:13). A substitute.

Solomon’s temple was built many years later on Mount Moriah and became the site of countless bloody sacrifices. Substitutes. God’s grace shone forth even though the sacrifices were inadequate for the removal of sin.

The city of Jerusalem grew and expanded in the area around Mount Moriah. That was not a geographical coincidence. God knew back in the days of Adam, and in the days of Abraham, that his own Son would one day give his life as a ransom for sinners just outside Jerusalem.

Jesus died on a cross in our place not far from the hill of sacrifices known as Mount Moriah. Jesus was our substitute, and we are made holy through his redeeming sacrifice (Hebrews 10:10).

The emblems of the Lord’s Supper prompt us to consider the high cost of our sin, the matchless grace of God, and the selfless gift of Jesus. His blood was shed to free us. He was the substitute we needed.

Tom Claibourne celebrates the Lord’s Supper with the Bethlehem Church of Christ in Winchester, Ohio, where he serves as preaching minister.