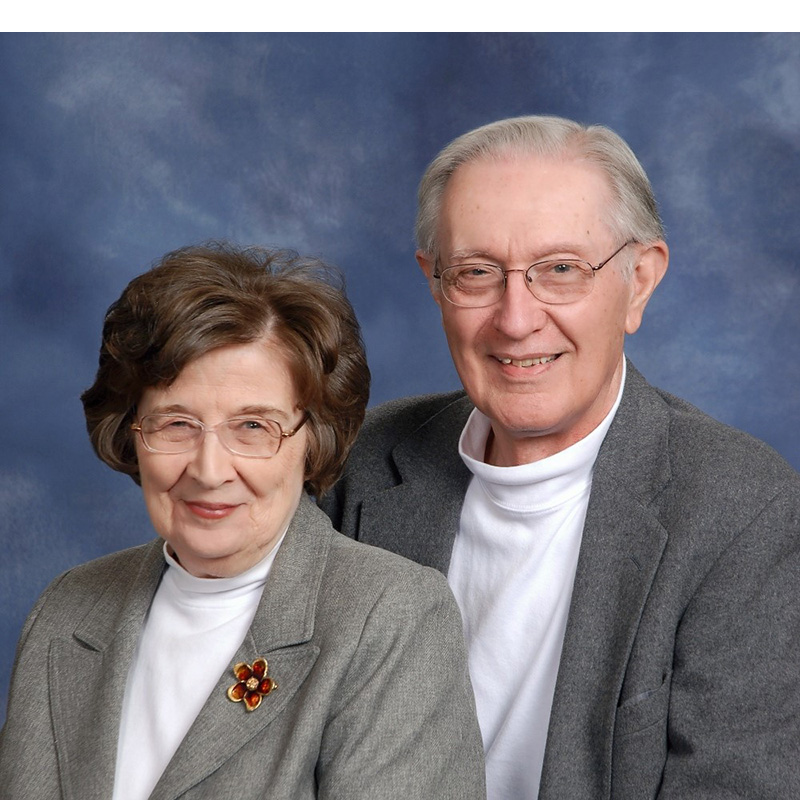 A new worship center being planned at the Christian Village at Mason (CVM) in Ohio will be named for former Christian Standard editor Sam E. Stone and his late wife, Gwen.

The Stone Worship Center and Auditorium is necessary, in part, because of increasing attendance at CVM worship services under senior chaplain Tom Moll, who has served four-plus years at the 85-acre senior living community in Mason, located north of Cincinnati.

“The need to expand our existing chapel capacity by building the Stone Worship Center and Auditorium is particularly inspiring to me as the CEO of our faith-based organization because it speaks to one ultimate measure of our success: the spiritual vibrancy of our community demonstrated by the increasing number of residents who desire to participate in worship.”

“It is exciting to see the influence of our parents live on in the new Stone Worship Center,” said Jeff Stone, lead minister with Bright (Ind.) Christian Church. “For the past 60 years they have poured their hearts into kingdom service in the Greater Cincinnati area. Knowing this new tool will be well-utilized for coming generations is a rich legacy.”

The proposed $2.75 million structure will seat about 400 people for worship, while fulfilling a dual purpose of hosting banquets and table gatherings that can accommodate up to 300, Monroe said.

Faithful Throughout Their Lives
Monroe said CVC sought to honor the Stones for their service to the Lord and their faithfulness throughout their lives. The couple spent most of their married life in Cincinnati and raised two minister sons: Jeff, serving with Bright Christian, and Dave, senior pastor with Southeast Christian Church in Louisville.

Gwen Gardner and Sam Stone were classmates at Ozark Bible College (now Ozark Christian College) in Joplin, Mo., in the 1950s. They were married June 6, 1958, at Gwen’s home church in Mays, Ind. Soon after, they moved to Cincinnati with Sam serving in churches, at what is now Cincinnati Christian University, and then 25 years as editor of Christian Standard. Gwen died in December 2015. Sam moved to the Christian Village at Mason in 2017.

“As a resident at the Christian Village at Mason, I’ve seen firsthand the growth in the chapel services and the need for increased space to accommodate a growing number of worshippers,” Sam said. “On behalf of Gwen, we are honored and humbled to be connected with this worthwhile project and the great work of the Christian Benevolent Association to provide quality living to residents in their retirement years.” [The Christian Benevolent Association is the parent company of CVC.]

“The Stones are a wonderful family,” Monroe said, “and Sam’s impact on our brotherhood is tremendous . . . and he is continuing to have an impact here in Mason.”

The Need for a Larger Space
The Christian Village at Mason has 550 residents. It has been the home of hundreds of retired Christian ministers, older members of Christian churches and churches of Christ, and others since its construction in the late 1980s.

When Mason was built, Monroe said, it was thought a typical nursing home chapel would adequately serve its needs. Many residents of Mason Christian Village—as it was originally known—travelled to area churches on Sunday mornings. And Christ’s Church was (and is) located on adjoining property; that church has grown into a megachurch over the years.

Early on—and for years—Sunday-night-only chapel attendance was about 50 people, said Moll, who served many years as senior minister with Christ’s Church next door.

“Originally it was a service of people who couldn’t go to services at their church,” Moll said.

A Sunday-morning service was added about two years ago and “it just exploded,” Moll said. These days, morning services at the Christian Village average 115—in a chapel that comfortably seats about 100—and attendance at Sunday-night services remains strong.

While concerned that space constraints would get in the way of chapel attendance, CVC leaders chose to take a big-picture view of this situation. “We have a tremendous need for a large venue,” Monroe said.

In addition to worship services, the existing chapel also hosts dining events, concerts, and other special activities. But with limited seating, sometimes two or three large-group gatherings are needed to accommodate all of the interested residents, Monroe said, and occasionally people must be turned away. That’s a far-from-ideal situation. Plus, when tables are added, only about 65 people can be seated in the chapel.

“The Stone Worship Center and Auditorium . . . will enhance our ministry by allowing us to serve a greater number of people more effectively in Jesus’ name,” Monroe said.

If everything goes as planned, construction of the facility will begin in 2020.

Fund-Raising Is Underway
Since announcing project plans earlier this year, a “silent launch” has been underway, with leaders approaching specific folks asking for their financial support.

The “public” phase of the fund-raising effort will begin early in 2019 with increased publicity and widespread mailings, Monroe said.

If you would like to financially support the building of the Stone Worship Center and Auditorium at the Christian Village at Mason, contact Larry Monroe at (513) 701-3435 or larry.monroe@christianvillages.org.

More about Sam and Gwen’s Ministry
During his 25 years at the helm of Christian Standard (from 1978 to 2003), Sam E. Stone served essentially as both editor of the magazine and ambassador to those seeking to be “simply Christians.” He was on the road virtually every month, speaking at churches and Christian colleges, meeting with Christian church leaders, serving on boards and committees, and providing a voice—through writing and advocacy—to causes and concerns that deserved to be heard.

Along the way, he served as president of the 1997 North American Christian Convention in Kansas City, Mo.

Prior to his time with Christian Standard, Sam served as dean of Cincinnati Christian Seminary (now Cincinnati Christian University; 1974 through 1977). His time in Cincinnati also included two years of editing youth periodicals at Standard Publishing (around 1960) and serving as minister with Western Hills Church of Christ (1962 to 1971).

Last year, son Dave Stone—after recounting a 1960s family auto accident in which his mother was seriously injured—wrote: “Dad and Mom never wavered in their beliefs. . . . My parents knew the consistent God who was working things out even when we didn’t understand the route he’d take, and they used their lives to model that truth.” (From “The Blessing Freely and Naturally Given,” Christian Standard, December 2017.)