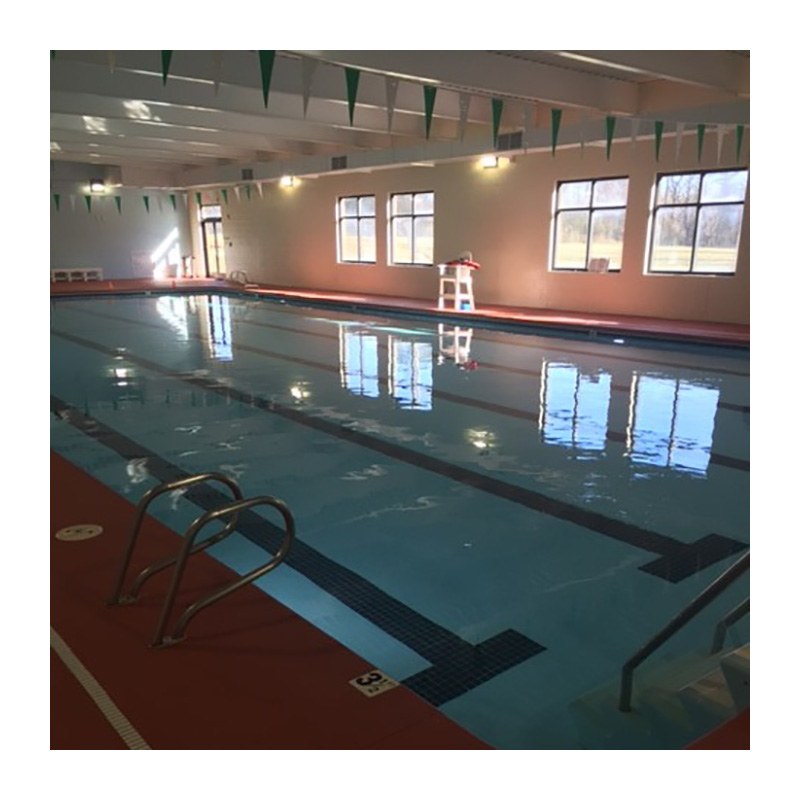 When First Christian Church of Kernersville, N.C., built its Family Life Center and included a fitness component about 15 years ago, such projects were unusual for churches. Not so much these days.

But FCC’s decision to also include a five-lane, Olympic-style swimming pool in its construction plans continues to set the church apart, says Dan Hipply, director and minister of the Family Life Fitness Center at First Christian.

And that swimming pool is used pretty much from sunup to sundown—or most every minute the center is open during the week (it closes at noon on Saturday and remains closed on Sunday).

In deciding to include a pool as part of the project, “the church leaders’ dream and vision was to minister to handicapped folks,” said Hipply, who has served with the church for almost a quarter-century. And one of the first uses of the pool was to baptize a person who is paraplegic. “That was kind of the launch for the pool.”

The pool’s various uses by young and old include water aerobics, therapy, private and group swim lessons, and a group that works with children who cannot walk. A swim team also uses the pool for practices.

Homeschool children even take physical education in the pool one day each week, Hipply said, with the other weekly session taking place in the regular fitness center. Hipply started the PE program, which now has 40 to 50 children participating.

Hipply has been director and minister of the Family Life Center for just over two years. Previously he served as connections minister.

While serving in his previous role, he would usually arrive at church early to use the fitness center, which is free for church members to use and is available to non-church members for $25 per month.

“I’d work out most days,” Hipply said. He’d talk to people in the workout room, and occasionally someone would be having a down day.

“They [the church’s elders] started hearing folks come forward and they would attribute their first connection [with a church member] to someone coming up and praying with them in the workout room.” You guessed it—it was Hipply ministering to them.

Several years ago, when word got out that First Christian was planning to build a fitness center, there was some negative reaction in the community and among other churches, Hipply said. But the leaders of First Christian saw it as an opportunity as well as a need—especially since the YMCA was on the other side of town.

Some folks who start by attending the fitness center end up joining the church, but Hipply said there is no pressure to do so. He said folks who use the center become like “family.”

In addition to allowing people in the community to use the facility, FCC now has agreements with three other area churches so their members can use the center. Of the 600 or so folks who use the Family Life Fitness Center in any given week, about 35 percent are members of First Christian (which averages about 1,200 for worship weekly).

There are seven paid, part-time instructors who teach a variety of classes: Gung Fu and Junior Gung Fu, kickboxing, spinning, Silver Sneakers (for seniors), and many others. There typically is an additional charge associated with classes to pay the instructors.

It cost about $5.5 million to build the addition on the church that includes the Family Life Center. Hipply said the gymnasium doubles as the worship center, which seats about 850. The running track doubles as a balcony; it can seat another 100-plus.

And what does the future hold?

“I’d like to move us outside,” Hipply said. By that, he means he would like to add a walking trail around the 25-acre church property—it would be about a mile long.

(Here is a life to the Family Life Fitness Center’s Facebook page.)