Abortion: A Philosophical and Biblical Perspective

Why a Quietistic Approach Is Biblically Insufficient

Abortion is the intentional killing of a human being before birth, usually in extremely violent fashion. It is a sin that harms mothers, fathers, and children.

This month marks 46 years since the U.S. Supreme Court’s Roe v. Wade decision that legalized abortion through all nine months of pregnancy in all 50 states. Though there is a clear biblical and philosophical basis for opposing abortion, most Christians (at best) passively fight abortion through voting, and many (at worst) ignore the testimony of God’s biblical and natural revelation that abortion is the unjustified killing of a fetal human.

I will lay out several arguments against abortion to explain why a quietistic approach to abortion is biblically insufficient, while also offering four possible next steps for ministers and all Christians.

Two main philosophical arguments are used to support abortion: the first is based on the denial of personhood to the fetal human and the second is rooted in the bodily rights of the woman.

Even though most readers of this magazine believe in the authority of Scripture, it’s necessary to be familiar with arguments that will be used by people who don’t believe the Bible, and these arguments are probably used by some of the people at your church.

The personhood argument sometimes masquerades as a scientific claim (for example, “It’s just a ball of cells”), but it really is a philosophical position. The science is clear: In conception, a genetically unique being comes into existence, and that being is undoubtedly human. Sometimes pro-choice people deny this, but it’s found in embryology textbooks everywhere.

The real argument is that, even though it’s a human, it’s not a human worthy of status as a person—that is, someone who gets legal and moral protection. The problem with this argument is that any place you attempt to draw a line as to what constitutes a person—viability, sentience/consciousness, size—either leaves out people we recognize as members of the human community (i.e., comatose or disabled persons, toddlers) or includes creatures we do not recognize as persons (i.e., squirrels or cockroaches). The best explanation for including all the groups we recognize to be people as people is our inherent human dignity, which extends even to the smallest of humans.

The argument from bodily autonomy is much more complex and more intuitively powerful. It holds that either (1) a woman has complete authority over her body and anything in it (the “sovereign zone” argument) or (2) a woman has the right to refuse the use of her body to another human, even if allowing the use of her body would save that person’s life. These arguments don’t rely on denying the personhood of the fetus, but instead consider the rights of the woman to be more important.

These arguments have great appeal because they accord with ideas we have about bodily integrity and consent; for example, everyone should agree that a woman has the right to refuse to have sex with someone, which would be a use of her body. However, these arguments still have problems. A consistent sovereign zone position, for example, would allow women to do things that almost everyone would agree to be evil as long as it was within their own body, such as intentionally harming, disabling, or torturing a fetal human (which is not to say that a woman would actually do these things, but that it would be logically necessary to allow it). And there are instances in which, against the right-to-refusal argument, we would view it as morally wrong for a person to refuse to take an action involving her body that would save a life if no other person was capable of intervening.

While there is much complexity in the philosophical arguments for and against abortion, the biblical account of human value is more straightforward. From the beginning, Scripture states that humans are created in the image and likeness of God (Genesis 1:27), and it is this status as divine image-bearer that confers value upon us.

God’s act of creating and imprinting individual humans does not begin at birth, but as he forms us in the womb (Psalm 139:13). Luke’s Gospel even documents that John the Baptist recognized Jesus as Lord while they were both gestating, which implies Jesus had both divine identity and personal status as a fetal human (Luke 1:41-44). The Scriptures testify to the equality of children in utero. Furthermore, the Bible declares it to be an “abomination” to kill children as a sacrifice to idols (Jeremiah 32:35); the prophet speaks of Molech and Baal, but I think it is proper to extend this reading to all idols, including  Career, Fulfillment, and Material Things.

If this were all the prophets and apostles had to say, we could perhaps stop here with an admonition to vote pro-life and avoid personally getting an abortion and believe we had satisfied our duty . . . but this will not do.

The prophets who foretold the destruction of Israel and Judah did not generally cite idolatry as the primary reason (though, of course, it animates all the other sins), but instead the practice of destroying and profiteering off of the weakest members of society (examples: Micah 3, Amos 2). Furthermore, Amos declared that God would not engage with their religious remembrances while they oppressed their fellow man (Amos 5:21­-24), which Jesus echoed to the Pharisees (Matthew 23:23). James summarized it well: “Religion that is pure and undefiled before God the Father is this: to visit orphans and widows in their affliction, and to keep oneself unstained from the world” (James 1:27, English Standard Version).

Though they may not be literal orphans and widows, caring for the women and children affected by abortion and unexpected pregnancy is a necessary component to any practice of faith that God finds acceptable.

Next Steps for the Church

What then should we, members of Christ’s church, do? I have a few closing suggestions.

1. We must create an environment in our churches that doesn’t incentivize women to get abortions. Many of those who seek abortions are women or couples who attend church; this represents a breakdown in our witness both to the wrong of abortion and the restorative power of Christ.

Women may feel (or worse, actually be) threatened with losing their church community if they are noticeably pregnant outside of marriage. Sex outside of marriage may be a sin, but regardless of how someone enters into the state of pregnancy, being pregnant is not a sin. Continuing to be pregnant often brings challenges that could be met by the church coming around the woman, supporting her and her child, and helping her seek restoration in relationships.

Ministers, please make known from your pulpit once or twice a year that your church will love women who become pregnant, and don’t cause them to believe this is somehow an unforgivable sin. Congregants, love your neighbor and seek opportunities to help women and children in your churches and communities. (I owe this entire point to my boss, Josh Brahm, who wrote about it extensively.)

2. Our speech to women who are making a decision about abortion, or who have already made that decision, must “be gracious, seasoned with salt” (Colossians 4:6, ESV). According to Jacob Nels, the Equal Rights Institute’s sidewalk counseling expert, listening is one of the most helpful things you can do for someone making a decision about abortion. She could be facing potential for shame, financial loss, and the loss of relationships with people who will disagree with her decision.

In most cases, a woman contemplating abortion is under a lot of pressure from various people to make a certain decision. This gives you and me the opportunity to be a person who is not seeking to apply pressure, but instead to listen, ask good questions about what she actually wants, and help by gently reminding her (after we’ve listened!) of the nature of the life that is inside her.

We must exhibit this same grace when speaking with women after abortions, too. We know the brutal reality of what happened, but we can communicate that truth alongside the truth that God forgives powerfully, that abortion is not a sin beyond his ability to forgive. This is hard; it is too difficult for my ability. Thankfully, we worship a God who will supply us strength to do what is impossible for us in order to serve his people.

3. We must love our enemies. The beauty of the pro-life position is that it affirms the value of all people; unfortunately, when we argue with pro-choice people, we sometimes forget that we have to affirm their value, as well. They, too, are created in God’s image, and Christ died for them no less than for us. We need to be compassionate in dialogue, ready to listen, slow to anger, and sometimes even slow to speak. When we talk with pro-choice people, we may be opening wounds or discussing past trauma, and they might open up to us—if we let them—in spite of our disagreements.

4. We must be ready to give a defense. The truth about life is God’s truth. Not everyone needs to study philosophy or bioethics in college, but we should all be able to articulate why we believe what we believe when someone asks us about it. Even in the ugliness of our current politics, we have opportunities to speak with those who disagree with us, and, God willing, we may even be able to help them change their mind if we can answer their questions (and be honest when we can’t).

Andrew Kaake is a trainer for Equal Rights Institute, a pro-life organization helping people be more intelligent, persuasive, and loving when talking about abortion. He is a member of Restore Christian Church in Quincy, Massachusetts. 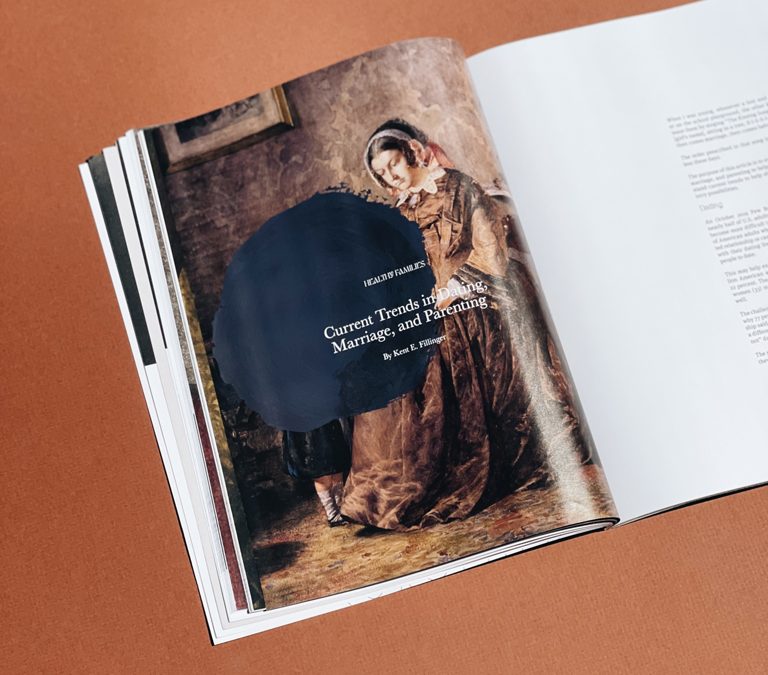 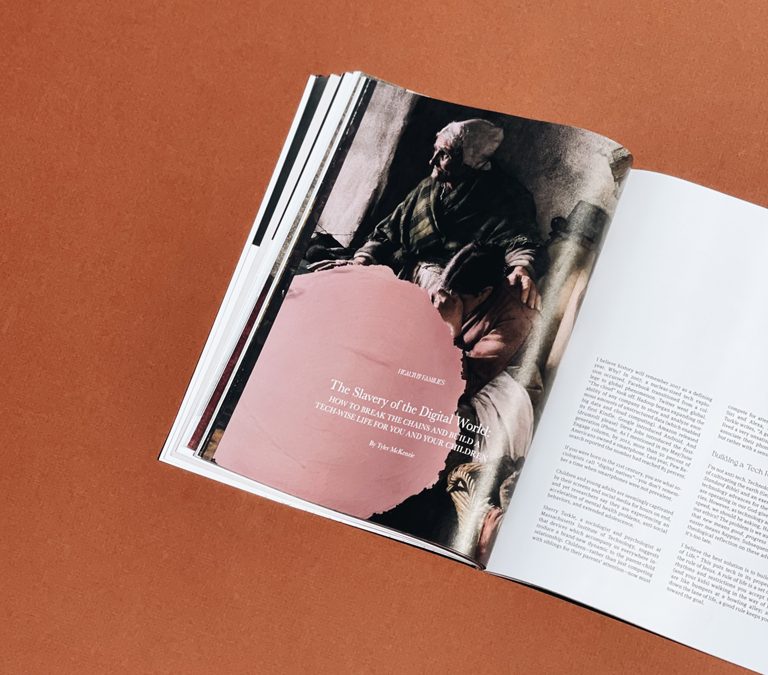 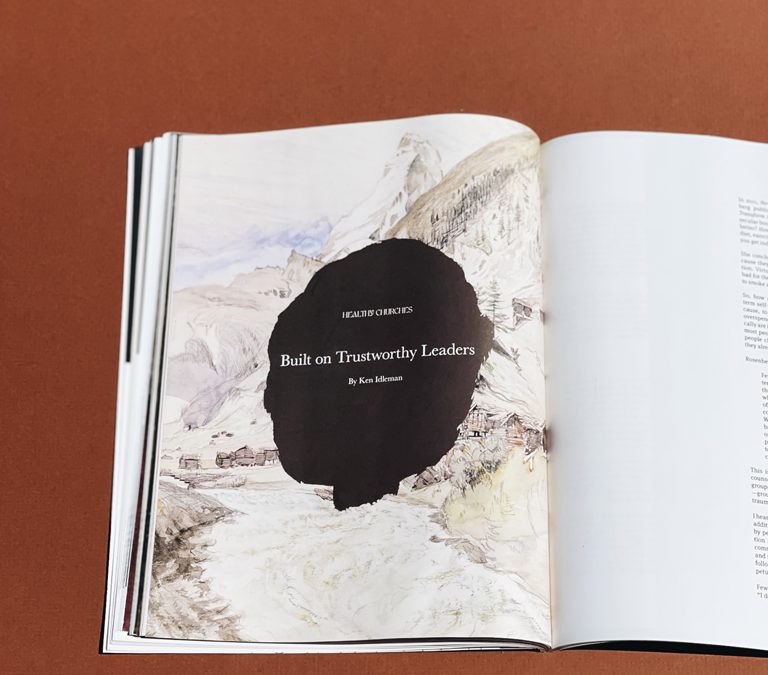 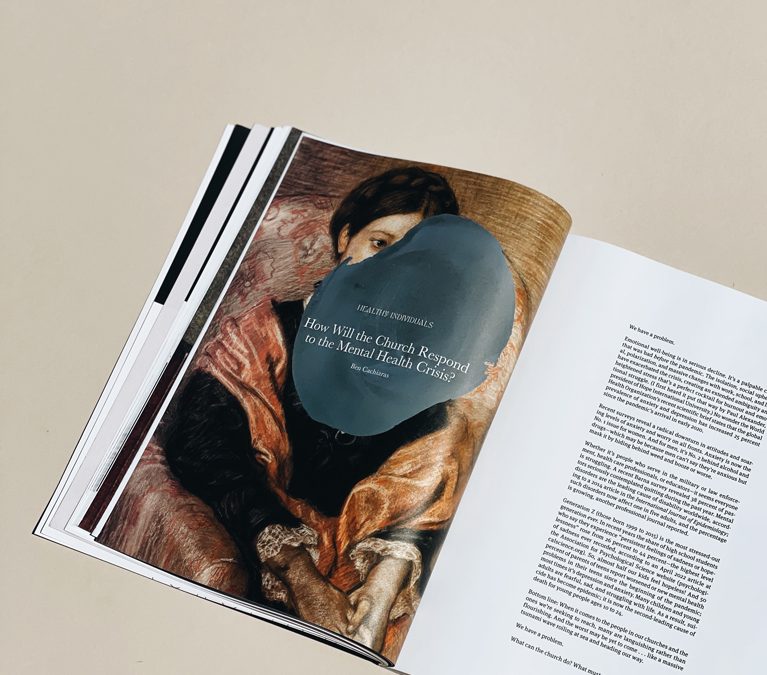