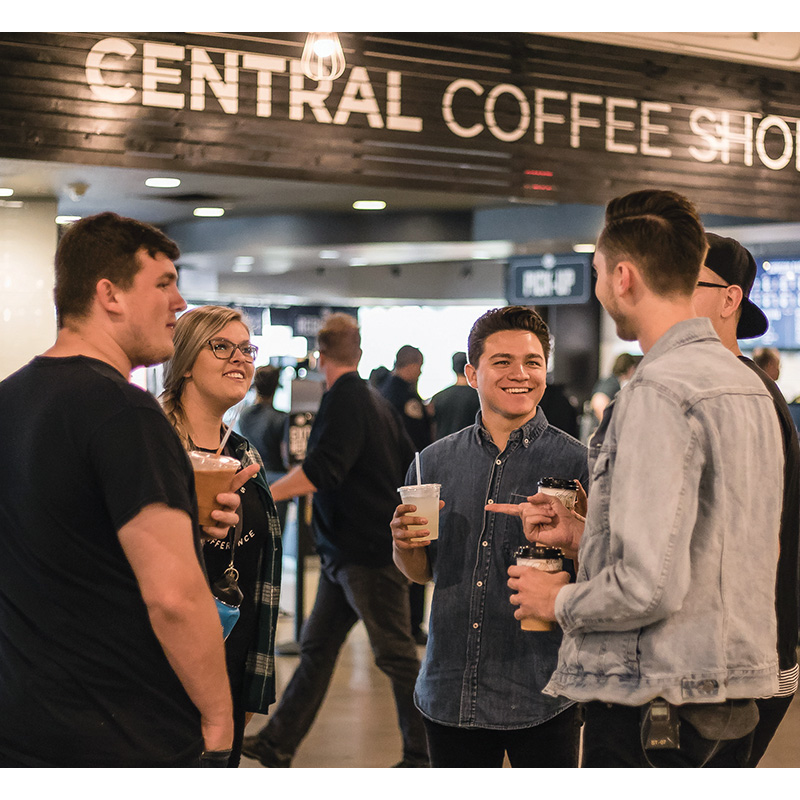 Demonstrating the Wild, Open-Hearted Love of God in Las Vegas

I have been studying a story from the Bible that speaks directly to my heart—the story of the Samaritan woman at Jacob’s well. She was getting water, doing chores, going about her day. Then Jesus came to her in the midst of her daily activities.

It offers a powerful picture of how the people of God should function as the church—loving people right where they are. We must be the well, inviting people who are going about their daily lives, from all different backgrounds, to come and drink living water.

In my new book, Design Intervention: Sacred Storytellers, I highlight some of the pastors and ministry leaders who have influenced me in my thinking about the role of design in establishing churches as functional “wells” that draw people in and meet them where they are. These men and women have embraced the power of story to form and transform people. Not only that, they recognize the overwhelming power of infusing story into their gathering spaces. I call them “sacred storytellers.”

Jesus was a sacred storyteller. He told an epic three-part “metanarrative” of creation, brokenness, and redemption. Jesus used more than just words to tell the sacred story that we call gospel, or “good news.” He used all of creation itself, adding his own spit to the dirt for just the right texture. There was a time when the church, his body on earth, led the world in sacred storytelling, by using then state-of-the-art technologies such as stained glass windows and the printing press to tell the transformational story of the gospel. Churches are beginning to rethink how they are using their space to meet the current, everyday needs of people.

One of my favorite examples of a church that loves people right where they are, and which has made their building a welcoming reflection of their uncensored grace, is Central Church of Las Vegas, pastored by Jud Wilhite. From the beginning, Central Church has opened its arms to anyone who wanted to join in. Central is called “a place where it’s OK to not be OK.” Especially in Las Vegas, they knew it was important to be able to demonstrate the wild, open-hearted love of God to people, no matter how broken.

When Jud shared with me about his heart for the people of the city and the church’s current needs, he said his building no longer reflected the growth and functionality of the congregation. They had recently celebrated 10 years in their building, which is about the time that most hospitality and events spaces should consider a face-lift. Because Central Church is such a community-driven church, Jud wanted the renovation modeled around the daily needs of church and life.

It was the third time I have worked on design aspects of the church. I had worked on the church’s master plan, interiors, and graphics for the previous pastor, Gene Appel, and then I worked with Jud upon his moving to Las Vegas.

This time, my team at PlainJoe Studios had the opportunity to perform another round of “design intervention” surgery to reflect the truly global ministry Central has become. Just as the hospitality industry in Vegas regularly updates brands and environments, Central’s Henderson campus updated and expanded. Instead of building additional square footage, the worship center stadium seating was expanded into the second floor while exterior paint and graphics created a new language to visually communicate to the thousands of motorists on the adjacent freeway. The entire campus was recently rededicated in conjunction with Jud’s vision of seeing Las Vegas through God’s eyes as “Grace City.”

“Spaces communicate powerful things,” Jud said. “Sometimes we are aware of how our surroundings affect us and other times we are not, but we are still impacted. A space can help us feel welcomed and even inspire joy or faith.”

A design aspect that was very important to Jud reflects something beautiful found within Central Church’s distilled ministry approach—that story has the power to change lives. The church loves to share in the testimonies of their members. They devote an entire section of their website to testimonies of how God has changed people’s lives. Jud wanted this aspect reflected on the walls of their buildings. These collected stories and mini-testimonies line the walls to remind people why they’ve come to church in the first place—transformation through connection to Jesus and each other.

Communicating powerful stories through physically designed space goes beyond artists and architects to include dozens of disciplines from branding to building. When done correctly, it immerses and engages all five senses, triggering visceral or emotional responses that are the hallmarks of the top destinations on the planet.

Design is a powerful tool. It can direct crowd flow, influence behavior, even foster connection or disconnection. As times change, the church’s message will stay the same. But methods and design can adapt to the current trends, and can certainly invoke a feeling of welcomeness and love so that people who are wandering in the desert of unbelief can find a well from which to drink the living water.