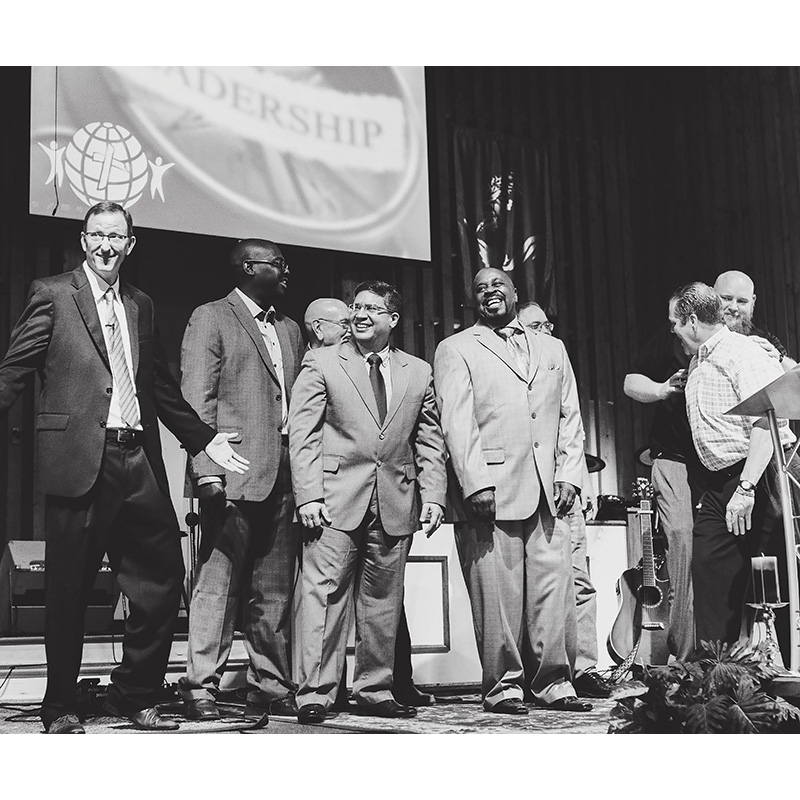 A Minister Speaks about His Experience in Building a Multiracial Congregation

Most Restoration Movement church leaders I’ve talked to, both online and in person, say they desire to build more integrated, multiethnic congregations. They see advances in diversity in other parts of society and think their congregations are lagging behind. Bible verses such as Galatians 3:28, Colossians 3:11, and Revelation 5:9 and 7:9 suggest the church should lead in such efforts. And so it is dismaying that surveys consistently show only about 5 percent of Protestant and nondenominational congregations have a “minority” group—be it black, white, or other—comprising 20 percent or more of attendees.

Congregations around my church, located near Atlanta, corroborate those survey results. Within a few miles of our property are churches that are predominantly white, black, or Hispanic. The overwhelming majority of them have only single-digit representation from other racial groups. When I became senior minister at First Christian in Mableton, Georgia, in 2013, our church fit that model, with single-digit minority representation in a historically white independent Christian church.

Since then, our church has grown at a compounded annual rate of 15.1 percent and we now consistently enjoy minority attendance in the 39 to 54 percent range on Sunday mornings. I’ve meticulously documented our journey and spent time researching other churches and talking to their people, and I have isolated three key elements that have been essential in facilitating our successful integration.

All three factors are of roughly equal significance, and while they are not earthshattering, they have proven to be effective in completely shifting the culture and complexion of a 61-year-old church in less than five years.

When our congregation wasn’t growing, there was no way to impact our level of integration. Having no explicit growth strategy is a problem with many churches today. Every church should have such a plan to grow, and every church should work hard to discover the most effective ways to win new souls to Christ in their particular location. Each should also be aware of the folks it is attracting at any given moment. Praying about growth, focusing on it, and tracking it have a remarkable impact.

For some churches, the growth strategy—whether implicit or explicit—involves attracting existing Christians rather than converting new ones. It will be difficult for a church to radically change its demographic profile if its methods are designed more to increase its share of existing Christians—through better facilities and more programs for children, as examples—than to evangelize the community and increase its interactions with non-Christians. Someone who has attended a historically black or historically white church for decades may move their membership to a new church, but it’s not likely they will switch to an integrated church.

We have learned that being involved in our community draws the unchurched and marginally churched into our congregation equally well across all ethnicities. This has been achieved through consistent compassion and outreach efforts with schools, day cares, food banks, scout troops, and the YMCA via mentoring programs and the like.

2. We Incorporated a Bottom-Up Strategy of Attracting Young People Rather Than the Traditional Top-Down Strategy of Adding New Leadership

A standard approach to increasing integration is to start by hiring minority staff members and/or making minority faces more visible (such as via the platform) to help draw in minority adults. I am unconvinced this strategy is effective, however. We have found that attracting minority youth and young adults first has been much easier than starting with new staff. And the unchurched teen and millennial visitors, in turn, often bring along friends, siblings, and even parents. Our experience clearly shows that younger adults are much more likely to invite people to join them at church than are older adults.

As a result, while the racial demographics of our church now much more closely reflect our community, there are still noticeable differences by age. For example, the minority representation of our 60-plus age group struggles to crack 18 percent on Sunday morning, while the minority is actually in the majority—69 percent—among those college age and younger (roughly 39 percent black and 30 percent Hispanic).

We simply are not seeing such positive results in the top-down strategy of integrating the leadership team or putting more faces of color in visible positions. Of course, this focus on unchurched teens and young adults goes hand in glove with the community evangelism efforts mentioned above.

The minority representation of both our ministerial staff and team of elders today stands at 25 percent. Our deacons are 40 percent minority. The Wednesday-night teen worship team, though, is 60 percent minority. But these numbers grew in response to our changing demographics, not as a leading cause of the change.

In the first few years after I came here, the ministerial and praise teams were entirely white. Over time, as more staff, elders, deacons, and praise team members are added, I fully expect people of color will have an increasing representation because we will have a larger pool from which to draw.

Similarly, we have celebrated our diversity (for example, by holding an International Day). But this too was in response to our integration, not a cause of it.

3. Our Leaders Set the Example in Erasing All Bias

While the ministers with whom I interact on a regular basis openly welcome more racial diversity in their congregations, I am familiar with an incredible number of congregations that are biased in various ways. In some churches, only individuals of a certain socioeconomic status are accepted; in others, only those with a certain political identity are made to feel welcome. Sometimes the cue is given by what is said from the pulpit, while at other times it manifests itself in inhospitable behavior within the congregation. And it cuts both ways. And visitors—black, Hispanic, white, rich, poor, Republican, Democrat—notice these things.

Folks in upper-middle-class and wealthy churches can be very off-putting to those who have fallen on hard economic times, while in some churches envy or jealousy over the riches of the more affluent just seethes within the congregation. And each election cycle seems to create more and more division among American Christians. Sermons, small-group conversations, even prayer topics can drive Republicans from some churches and Democrats from others.

Being biased in these subtle ways can hamper racial integration for two reasons. First, exclusivity begets exclusivity. Period. A congregation and its leaders must be intentionally open and accommodating to all or they are unlikely to be welcoming to any folks outside of their comfortable, homogeneous group. Second, if you are trying to attract a true racial minority in your congregation and area, excluding a portion of them off the top based on education, income, or political party affiliation is mathematical suicide. James 2 opens with a strong admonition against showing favoritism. Churches today would do well to heed his warning.

Implementing these three key elements of integrating a church does require buy-in from the leadership team and some discipline and dedication over time. More importantly, these suggestions will work only if the congregation and its leaders start from a position of love, especially love for the unchurched.

The Bible speaks of people from every nation and every earthly language praising God together in Heaven. I believe all Christians, from church leaders to attenders, are becoming more interested in and working toward the integration of America’s houses of worship. We’re praying for and working together toward God’s will being done, on earth as it is in Heaven!

Andy Daniell serves as senior minister at the First Christian Church of Mableton, outside of Atlanta, Georgia. He is the author of the recently released book Clear Vision: How the Bible Teaches Us to View the World.