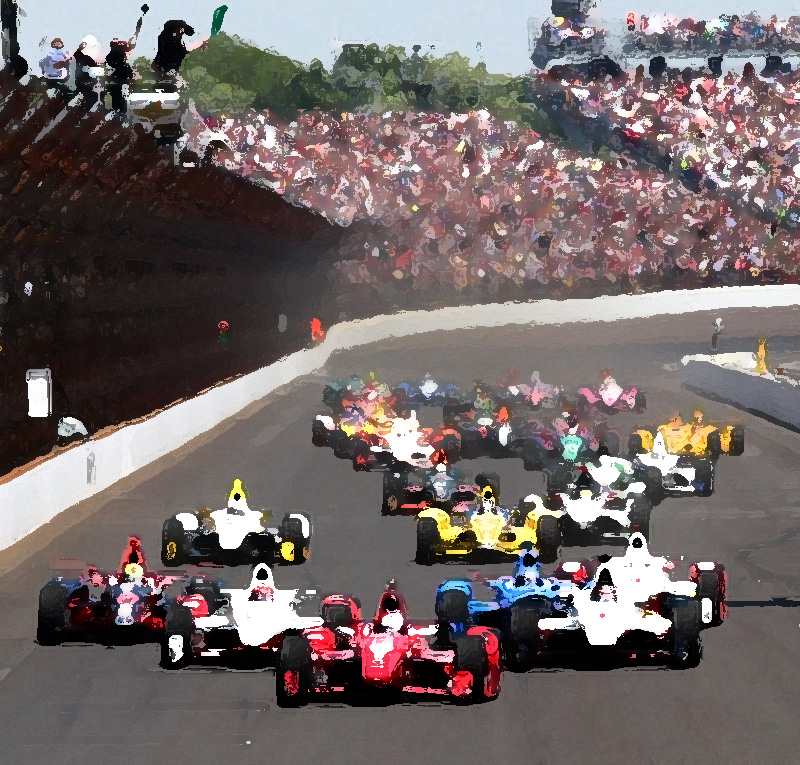 A lot of connections can be made in church, and that is no more apparent than in the story about how the Indianapolis 500 came to find its newest presenting sponsor.

It started two years ago at Traders Point Christian Church in Zionsville, Ind., when open-wheel driver Zach Veach, then 22, asked his pastor, Aaron Brockett, for help in finding a race sponsor. Brockett connected Veach with another church member, Dan Towriss, CEO of what soon would become Group 1001, a major insurance holding company based in Indianapolis.

One thing led to another until Gainbridge, an online financial services platform that is the newest branch of Group 1001, was announced by the Indianapolis Motor Speedway last week as the presenting sponsor for the Indy 500. The Indianapolis Star wrote a story last week about the four-year sponsorship deal. An IndyStar story from 2017 offers more details of how Veach reached out to Towriss.

Volunteers with Southeast Christian Church in Louisville, Ky., packed a million meals that will be sent to Africa.

The church’s “Famine Relief Food Pack” involved all six of Southeast’s campus locations, according to the News-Enterprise. Southeast partnered on the project with Lifeline Christian Mission and Life in Abundance, as well as other churches. This was the second year of the food-packing initiative.

Hundreds of volunteers supported the event. The church had 450 workers at its Elizabethtown site alone.

“The amount of people willing and wanting to show love to the people around the world in need is amazing,” Chris Garrett, a community pastor with SECC, told the News-Enterprise. “It shows the love our community has. . . . We are grateful for the other churches coming in and serving alongside us.”

In the midst of last week’s extreme cold in much of the nation, 2|42 Community Church in Brighton, Mich., housed adults in need of shelter. The church is part of a rotating shelter program and had 14 people signed up to stay at the church last Wednesday, according to the Livingston Daily.

The son of a victim of a race-related mass church shooting gave a message about the power of forgiveness at Mid-Atlantic Christian University. Chris Singleton’s mother was one of nine people killed in 2015 by a gunman at Emanuel AME Church in Charleston, S.C. Singleton told an audience at MACU, in Elizabeth City, N.C., “I know for a fact that love is the answer.” The Daily Advance covered the speech. Singleton now is a minor league baseball player in the Chicago Cubs organization.

Two Restoration Movement seminaries have been recognized for their online master’s degree programs. Emmanuel Christian Seminary at Milligan College, Johnson City, Tenn., and Lincoln (Ill.) Christian University made the list of “Best Online Master’s in Theology Programs” by OnlineMasters.com. The schools were among 31 on the list based on curriculum quality, program flexibility, affordability, and graduate outcomes. Lincoln ranked 19th and Emmanuel ranked 25th.

Rainier View Christian Church in Tacoma, Wash., will host a concert to raise awareness for the fight against human trafficking. The “Concert for Freedom,” set for 7 p.m. Saturday, will feature concert pianist Dimitri Zhgenti and is sponsored by Adorned in Grace, a local ministry that combats human trafficking, according to the Tacoma Weekly.

The funeral service for a detective with the Clermont County Sheriff’s Office who was shot and killed in the line of duty Saturday will take place this week at Mount Carmel Christian Church in Batavia, Ohio. William Brewer leaves behind a wife and a 5-year-old son. Public visitation will be from 4 to 8 p.m. Thursday, with the funeral at 11 a.m. Friday, both at the church, WCPO.com reports.

Another officer, Lt. Nick DeRose, was shot twice in the incident. He was treated at a local hospital and released.

Authorities intend to seek the death penalty against the 23-year-old suspect accused of shooting the officers during the 12-hour standoff.

Dr. Rick Cherok, executive director of Celtic Christian Mission and professor of church history at Ozark Christian College, will lead a Celtic Christian Ireland Tour for up to 20 people from July 26 to Aug. 3. The trip’s itinerary includes St. Patrick sites, C.S. Lewis sites, Belfast, Dublin, and much more. The signup deadline is April 1. For additional trip information, including cost, go to celticchristianmission.org or contact Cherok at rick.cherok@gmail.com. The trip is designed to introduce participants to the beauty and history of Ireland, as well as to the ministry of Celtic Christian Mission.

Matt Hessel is the new lead pastor with LifeBridge Christian Church, Longmont, Colo., replacing longtime pastor Rick Rusaw. The elders’ selection of Hessel was affirmed by the congregation in January. Hessel, who had been serving in various pastoral roles with his home church, Traders Point Christian in Whitestown, Ind., since 2011, is in the process of relocating to Colorado.