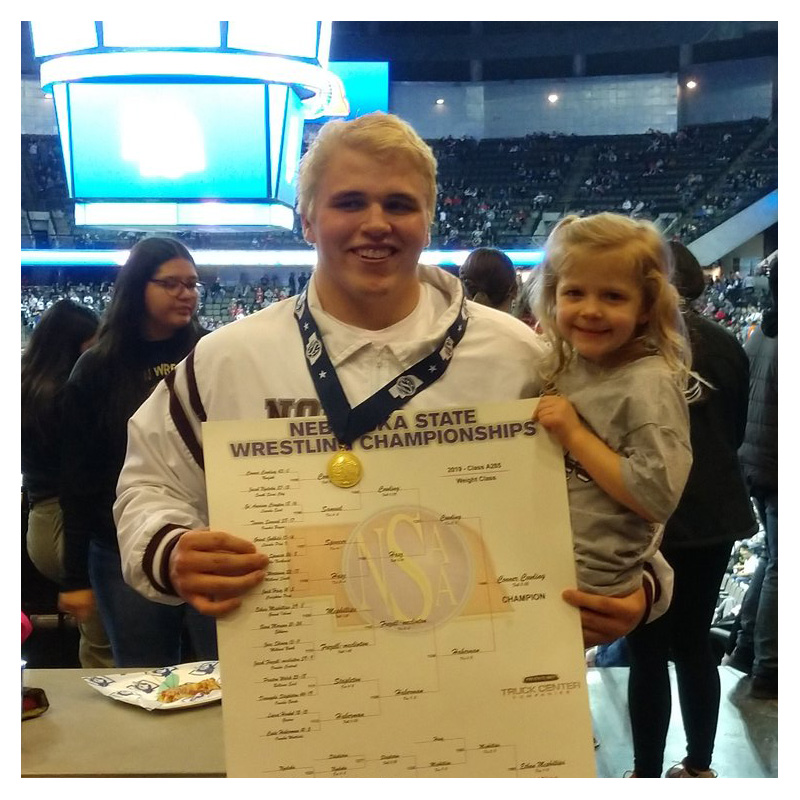 Norfolk (Neb.) High School wrestler Conner Cowling capped a dominant season with a state championship over the weekend, and he credited his church with encouraging him along the way.

The senior lost his mother and two grandparents during the last few years. Cowling told the Norfolk Daily News that at one point in high school he started to get into trouble and feel depressed.

“But my friend . . . introduced me to Fuel—a youth program at my church, First Christian Church [in Norfolk], and I discovered God and Christianity, which really helped me,” Cowling said.

“God has a path for me to go on, a purpose for me to fulfill,” he told the Daily News.

The church, led by Kevin and Stephanie Huston, held its “hard launch” on Jan. 27. Fifty-five people attended the first service, and the church reports adding 10 new people each week.

“One of the most exciting parts of our church-planting journey has been our partnerships,” the Hustons wrote in a February update to supporters.

In addition to the Texas-based Nexus, the new church also has partnered with Waypoint Church Partners and Passion for Planting, among others.

The church, which meets at Midlands Technical College’s airport campus, has joined forces with the local school district and two local mayors’ offices to fill a trailer with nonperishables that will enable it to stock a food pantry for students at nearby middle and high schools.

Wrote the Hustons: “This journey certainly hasn’t always gone to plan, but we have certainly learned that God’s plans are greater than ours, and you just have to have fun on the ride.”

Trey Brunson, communications director at Louisville’s Southeast Christian Church, is urging youth groups and churches to head to theaters to watch Run the Race, a Christian sports film he produced with Tim and Robby Tebow.

The movie focuses on the faith journey of a high school football player.

“Life is falling apart, and we need someone to walk with us, to give us hope and to give us help,” Brunson said in describing the film in a review in the Baptist Messenger. “And I think this movie does that so well.”

Ozark Christian College will host the City Rockfest Saturday in Joplin, Mo., that features six Christian bands, including Seventh Day Slumber. “I think people see the words ‘Christian rock’ and think it won’t live up to the hype. But these bands are seriously there to rock,” Magan Martin, owner of Crown Productions, told The Joplin Globe. “We’re talking good, loud rock music with perhaps a little pyro action happening on the stage from time to time.”

A William Jessup University psychology professor did a Valentine’s Day television spot called “How to Avoid the Valentine’s Day Trap.” Among the advice Erin Ambrose offered on Fox 40 (Sacramento, Calif.) was that couples should discuss their Valentine’s expectations with each other ahead of time — “Don’t let high expectations plant the seeds of disappointment and resentment” — and that singles should appreciate who they are and not wallow in the “if only” game.

Discovery Christian Church in Broomfield, Colo., took part in the city’s “Show the Love Day,” in which local nonprofits offered services and giveaways to those in need at the city’s health building. More than 100 people attended the event, according to the Broomfield Enterprise. Discovery had a booth at the event. The church has a $3 million affordable housing project in the works that is expected to begin in 2020.