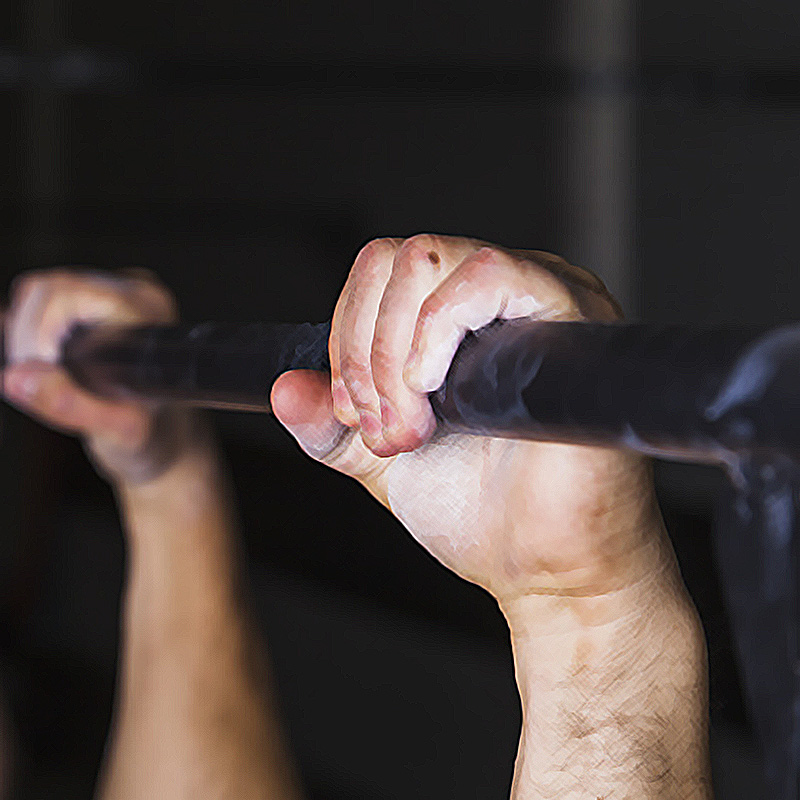 Ozark Christian College in Joplin, Mo., is looking for creative ways to attract more people to the Seth Wilson Library—and to shed the perception that libraries are stuffy.

To that end, library director Derek Moser has installed a pull-up bar as a way for students to pay off their overdue books. Moser says library fines—which have been done away with—are relatively inconsequential in comparison to the cost of a lost item.

“The idea came to me that if we did a pull-up, that might actually match the crime a little bit better because it’s discipline related,” Moser told the Joplin Globe, which wrote a feature story on the new library “hangout.”

The pull-up bar is actually part of a marketing effort to bolster library use. Students can do a pull-up for each day an item is overdue, but it isn’t required. The library is happy to live out Jesus’ theology of grace. A sign says, “Propitiation option: If you can’t do a pull-up, we’ll do it for you.”

Moser, in his first year, also has relaxed the library’s food and drink policy and is creating more space for students to gather.

“We want to remain relevant to people,” Moser told the Globe. The goal is to establish in people’s minds—or remind them—that the library provides a service that they need.

It is the fifth year for “Easter at the Arena,” according to the New Hampshire Union Leader. Renting the facility allows the church’s three campuses to meet in one spot on Easter. Plus, the arena gives the church an opportunity to reach nonbelievers.

“There are lots of people who would never walk through the doors of a church building . . . but they’ll go to the arena,” pastor Bo Chancey said.

More than 9,000 people attended the service.

The food bank at Downey (Calif.) First Christian Church got a boost from the community this month. A local credit union hosted an event that brought 450 volunteers together to pack 62,000 meals for local families. The Downey Patriot reports many of those meals will be distributed by FoodHelp, the church’s food bank ministry.

In the lead-up to Easter—and before the deadly church bombings over the weekend in Sri Lanka—Eastpoint Christian Church in Portland, Maine, was featured in a local news story about its holiday security procedures, which are headed up by one of its members, a retired police officer.

News Center Maine, an NBC affiliate, said Michael Mercer has a safety team that operates both inside and outside the building.

Vigilance is key, Mercer told the station. He also stressed the importance of greeting people.

“Bad guys don’t like to be greeted. They just don’t. So, I encourage everybody to welcome people. The greeters have a very huge role in safety when it comes to that.”

Matt Nutter, director of global outreach for Central Christian Church in Mesa, Ariz., defended churches that have helped migrants who have crossed the border.

The solution is not simply to leave things in the government’s hands, Nutter told KTAR News 92.3 FM.

“This is such a complicated issue . . . that’s not going to be solved by churches abdicating our responsibility as followers of Jesus to love the vulnerable population,” he said.

CCC is among several churches in Arizona that made national news last fall while hosting hundreds of migrants and asylum seekers. Several church members hosted migrants in their homes, he said. It’s a process that requires time, effort, and resources.

“You meet somebody, you hear a story, you get to see the humanity in them,” Nutter said. “And it moves that needle from being something that exhausts you over into something that kind of energizes you, even though it’s still a lot of work.”

Matrix Savage Gathergood, 25, has been charged with first-degree murder in the April 14 shooting death of an elder at Salmon Arm Church of Christ in Salmon Arm, British Columbia, Canada.

Gathergood also is charged with aggravated assault and disguising his face with intent to commit an offense. Gordon Parmenter was shot and killed, and another man was shot in the leg, during the attack that occurred during morning worship at the church.

Parmenter, 78, had helped Gathergood during the younger man’s troubled childhood, according to various reports. A church member told the Christian Chronicle that Gathergood had worshipped at the church several times, typically seated next to Parmenter.

A campaign is underway to raise money for the proposed Stone Worship Center and Auditorium at the Christian Village at Mason. The $2.85 million center will be named for Sam and Gwen Stone (Sam is former editor of Christian Standard). The center will serve the dual role of hosting a growing church at the retirement community, while also serving as the largest venue on campus. Donations may be made at christianvillages.org.

Passion for Planting and New Life Christian Church, Chantilly, Va., are joining with others to sponsor a free conference spotlighting issues and offering suggestions for young churches in the season after they have been planted (“years 2-10”). “Fuel 2019: Propel Your Vision to the Next Level” will take place from 9 a.m. to 3:30 p.m. May 8 at NLCC.

The Center for Church Leadership has several regional conferences scheduled for May, including:

• “Helping Congregations Creatively Get into Their New Building,” 9 a.m. May 15, The Solomon Center, Parker, Colo.

• “Transforming Neighborhoods One Life at a Time,” 9 a.m. May 20, Worthington (Ohio) Christian Church.

Click here to learn more about the events and to register.