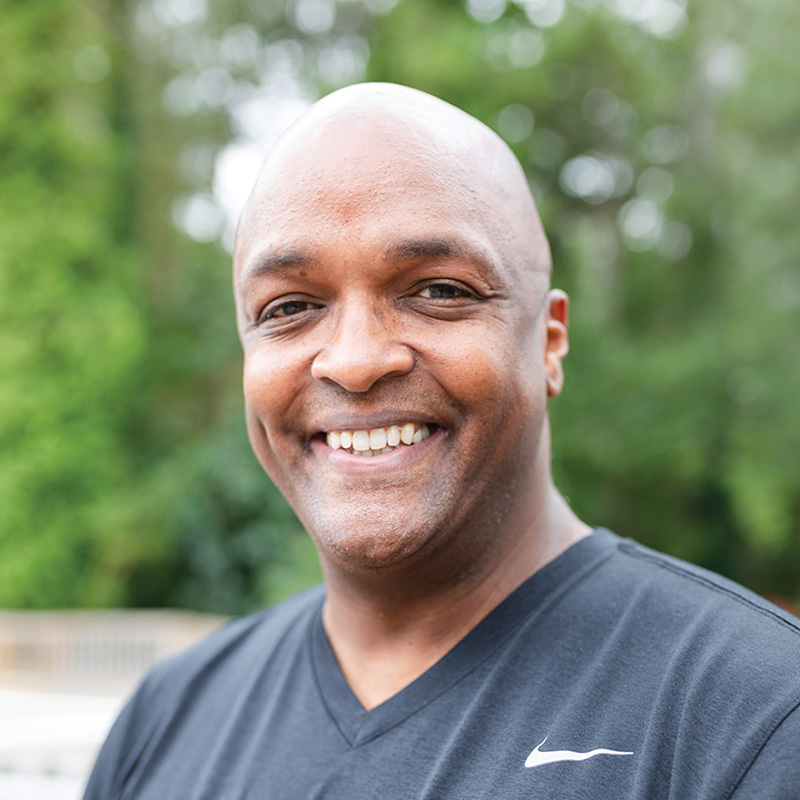 “I’m the grandson of a preacher,” says Daryl Reed, “so I always had it in my mind that it’d be cool one day to be a preacher.” When it came time for college, however, “I really didn’t want to go to any preaching school or seminary, because . . . I thought I was still too cool for that,” he laughs.

This isn’t a story about youthful overconfidence, though; Reed was following the example of earlier generations of his family, and now he’s helping subsequent generations of young people live it.

“My grandfather was a reluctant preacher,” Reed says. “He had to go into the ministry because of a church split. When he and my grandmother refused to follow an authoritarian leader in Milwaukee, they took three other couples and started a new church.”

Reed’s grandfather answered God’s call, though he lacked certain qualifications for the job. He hadn’t graduated high school; he couldn’t read well. “My grandmother actually had to help him prepare sermons,” Reed says. “From that church, the impact has been unbelievable. It grew and grew”—right before Reed’s young eyes.

“I was born in that situation of toughness and faith. That independent streak.”

Reed attended Western Illinois University where he played basketball. “During that time, I got excited about helping college students,” he recalls. Instead of learning Greek, as he’d seen others do in Bible college, Reed learned to simply sit and read the Bible with people and apply Scriptures. “I saw how the Bible could come alive and change somebody’s life.”

With that practical, hands-on vision, Reed graduated and went into ministry. After a series of ministries in Michigan, Illinois, California, and Ohio, he and his wife, Charon, and their three sons moved to Washington, DC, first partnering with an existing church, and then planting DC Regional Christian Church in 2003.

“For me, there’s no better area for me to raise up my own African-American children and . . . to raise up next-generation leaders,” Reed says. “All regions in the country don’t have [equal] privileges for the African-American community, but Washington is ripe with opportunity. There’s a multigenerational influence of intelligent, educated African Americans.”

Since launching the church more than 15 years ago, he’s focused on young African-American men because he clearly sees how their potential can be overtaken by the materialism, ego, and busyness of life in a major city.

“My challenge is to make sure our young people don’t get caught up in the world,” Reed says. Instead of young people investing their talents in the world around them, he desires they “reinvest them in kingdom work.”

His vision is to equip people to minister to others no matter their vocation.

“In our church, we have a lot of sharp people, especially because we initially targeted campus ministry-aged folk,” Reed says. “They’ve grown up now, they’re well established with their jobs, and we’re reaping the benefits of targeting those groups early.”

For years the church rented space—high school auditoriums, middle schools, government buildings. Flexibility was exciting at first, but over time setting up and tearing down got old.

In October 2018, DC Regional had their first service in their own building in Suitland, Maryland, just outside DC, which it acquired with the help of The Solomon Foundation. More than 600 people attended.

“It’s a milestone,” Reed says. “In our community it’s a big deal to be able to have something. There’s a sense of ownership and a sense of pride.”

Suitland has a substantial population of African Americans and low-income people, but it’s also an up-and-coming area. The building will serve the community through a daycare and a nonprofit to build partnerships with schools to help at-risk youth in the community.

“We feel that the building sets us up for generational impact [and] permanence to impact the community . . . to be known in the community, not just for the message but for our service.”

As the church grows roots in the neighborhood, its history of meeting in various places means members are scattered all over DC, Maryland, and Virginia. Reed sees it as a positive. “That gives us a toughness and ability to reach the area long term,” he says. It has ingrained a philosophy that “ministry is people, not a building.”

The change of season for the church coincides with a shift in focus for Reed.

“Now that I’m at my double-nickel age of 55, I feel like I’ve crossed that line from being the young guy to being the trainer.” He’s excited to raise up the next generation of leaders with more urgency than ever—“and as long as I have my voice and my Bible, I’m gonna keep on preaching.”

A vital part of the wisdom he is sowing in the next generation is the value of building bridges to connect with people across dividing lines. Reed grew up in African-American noninstrumental churches of Christ, but in the last decade or so, “I’ve started to connect with brothers and sisters from other Restoration Movement roots,” many of them from other racial backgrounds. Those connections have provided rich fellowship and “a door of ministry and connectivity that has been invaluable and mutually beneficial.”

In 2017, he was the first African-American president of the Eastern Christian Conference (it was ECC’s 50th anniversary), and in 2013 he served as vice president of the North American Christian Convention. But significant milestones don’t always come easy. “Any ‘first person’ or trailblazer often gets hit,” he says, “but I’m thick-skinned because of my upbringing. So, when there are accidental insensitive [behaviors], or even intentionally prejudicial behaviors, I’m able to shake it off.”

But overall, Reed says, “I’ve been welcomed in an incredible way. I’ve been invited to a lot of churches where God was already at work and they felt the need for greater diversity. It’s good to be able to trace our ancestry back to common ideology. We have so much in common.”

Building bridges is a key to keeping the gospel moving into future generations, he says, adding that much of the friction of crossing boundaries comes from the heartbeat of politics in the nation’s capital.

“We need to preach the gospel loudly and boldly, and then share our political thoughts quietly. Very quietly,” Reed says. “I think we’ve got that twisted. Some churches are actually going backward on this the last decade or so because political ideology can be more intense than spiritual ideology.”

Reed contends too much focus on politics, particularly on only one particular issue, “can overshadow some basic gospel principles.” The results can be far-reaching.

“When we look at cable news more than we look at our Bibles, our ideologies get twisted. The example of the church at large can be diminished. Truth seekers, especially young people, can be turned off.”

“[Churches have] a fad mentality. What’s the latest? What’s the hottest?” Reed says. “I think what’s old should be new again: Love one another and love God. If we can remove the blinders from those two commands, it actually puts us on the exact same path, the same mission.

“I think we have a lot of people out there who are still reluctant to break through their culture,” Reed says. The apostle Paul was no different. “He had to receive the vision three times to be sure that he would share the gospel with all nations.”

Reed has been growing as a bridge builder for years.

As his urgency for the next generation grows, Reed is calling for change.

“Church leaders should have diversity in their friendships. The church goes where the leaders go. They lead the way by diversifying their relationships. Initiate, and intentionally diversify, friendships. My questions is, Have you had lunch with anybody?”

The Goal: The Next Generation

Reed’s story of reaching the next generation—and overcoming political and racial hurdles in the process—comes back to a deeply personal message.

“It starts with my view of myself, how the seed was planted in me at a young age. I still, in some weird way, view myself as a young guy. My grandfather is 94 years old, and he still provides that example. I still view myself [as his] grandson.” He says his grandparents’ example of “just loving God and using your gifts as far as you can take it—it just sticks, it just resonates.”

Melissa Wuske is a freelance editor and writer. She and her husband, Shawn, and their son, Caleb, live and minister in Cincinnati. Find her work online at melissaannewuske.com.