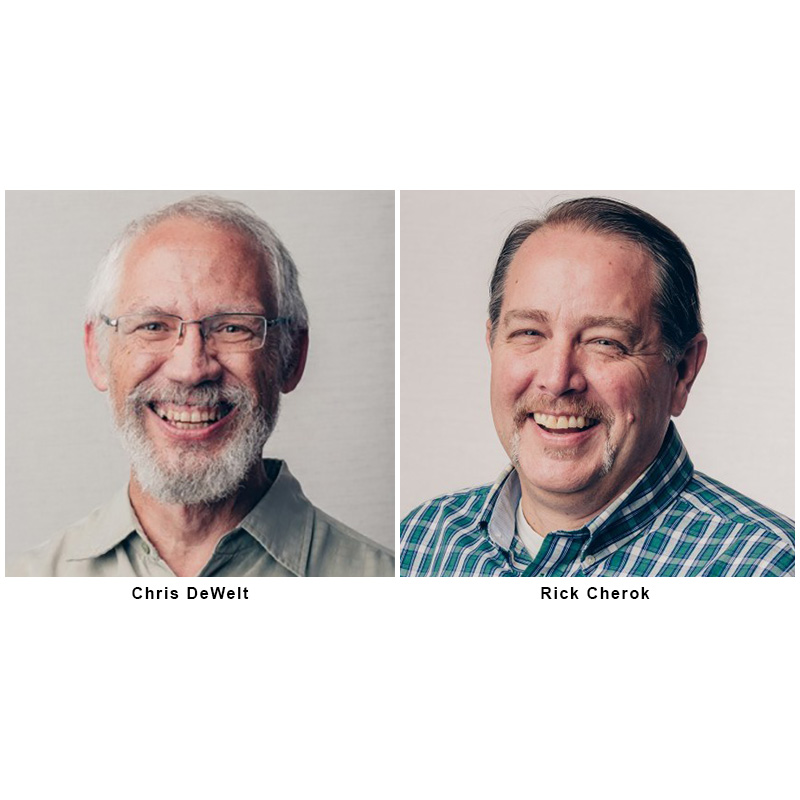 Chris DeWelt, who has served with College Press Publishing for many years, became president and publisher of the company on July 1. DeWelt is the son of Don DeWelt, who started College Press in 1959. The Joplin, Mo.-based company is marking its 60th anniversary providing Bible-based material to Christian leaders and students.

Chris DeWelt served eight years on the mission field in Chile before returning to the United States and working with his father until Don DeWelt’s death in 1991. Since that time, Chris DeWelt has served with College Press in various capacities, but will now be taking an active part in leading and directing publishing efforts, according to a Facebook post. He will also continue his longtime teaching ministry at Ozark Christian College, where he is director of the Intercultural Studies Department.

Rick Cherok will join College Press as lead editor. Cherok served as professor of church history with Cincinnati Christian University for many years, but recently became professor of history with Ozark, a role he will continue. Cherok will lead the editorial department and work with associate editor Dru Ashwell. Another team member, Gregg Murdock, will continue serving the company in the area of financial management.

During its 60-year history, College Press has published the Restoration Reprint Library, the complete Millennial Harbinger series, the What the Bible Says series, two full commentaries on the entire Bible, and multiple other resources for biblical studies, historical understanding, and Christian growth. Its long-standing mission is to make “Every Christian a Bible Student.”

A group of volunteers with Eastview Christian Church in Normal, Ill., did work at seven public housing sites in the Bloomington-Normal area during a recent community service day.

The workers helped with landscaping, tree planting, bench installation, brush removal, and playground maintenance. The team was part of The Serve Project at Eastview, which is an annual community service event that sends volunteers to help spruce up local nonprofit facilities, neighborhoods, and public landmarks.

In a letter to the Pantagraph newspaper, Jeremy Hayes, executive director of the Bloomington Housing Authority, thanked Eastview for its work.

“The Serve Project has once again made our public housing sites more attractive and welcoming,” he wrote. “These beautification efforts are a fine example of the positive impact our faith communities and civic organizations have on everyday life in Bloomington-Normal. Keep up the great work!”

The children of three church planters recently shared about their experiences on the Stadia Church Planting site. Among those who told of their experiences were Caris Lantz, daughter of Jason and Suzi Lantz of RiverTree Church in Canton, Ohio (“I Planted a Church When I Was 3”); Dawson Antonucci, son of Vince and Jennifer Antonucci of Verve in Las Vegas (“My Family’s DNA”); and Elyse Grant, 8-year-old daughter of Brandon and Jamie Grant, lead planters with Rise City Church, Lakeside, Calif., who shared her perspective via video (“More & Better Churches: A Child’s Perspective”).

﻿Whitewater Crossing Christian Church in Cleves, Ohio, is one of several partner organizations helping to support a new mobile “health check” van that provides primary care services in underserved areas in the Cincinnati metro. The van is operated by the Deaconess Foundation and was launched in February. It already has served 700 individuals, according to the Enquirer.

﻿First Church of Owasso got a helping hand from the Oklahoma Highway Patrol when a church bus carrying a group of 7- and 8-year-old students broke down. According to NewsOn6.com, troopers picked up the students and transported them to the highway patrol headquarters while the bus was being worked on. The troopers even brought pizza to the kids.

﻿Maryland Community Church in Terre Haute, Ind., is prepping to play a big role later this month in an annual community service day.

Hundreds of volunteers from around the community are expected to participate in “Serve the Valley” on July 26 and 27. Fifty-five projects have been lined up across six counties. The event is being organized by the United Way of the Wabash Valley and Terre Haute Ministries.

Dan Gisel, Maryland Community Church’s local missions pastor and a leader of Terre Haute Ministries, told the Tribune Star the event is designed to show off the ways people can get involved in their community.

“It is a great way to get the community connected to all these great organizations doing important work, and it also provides them a time to showcase what they do for our community,” Gisel said.

Both days of the event will start with a free breakfast at Maryland Community Church.