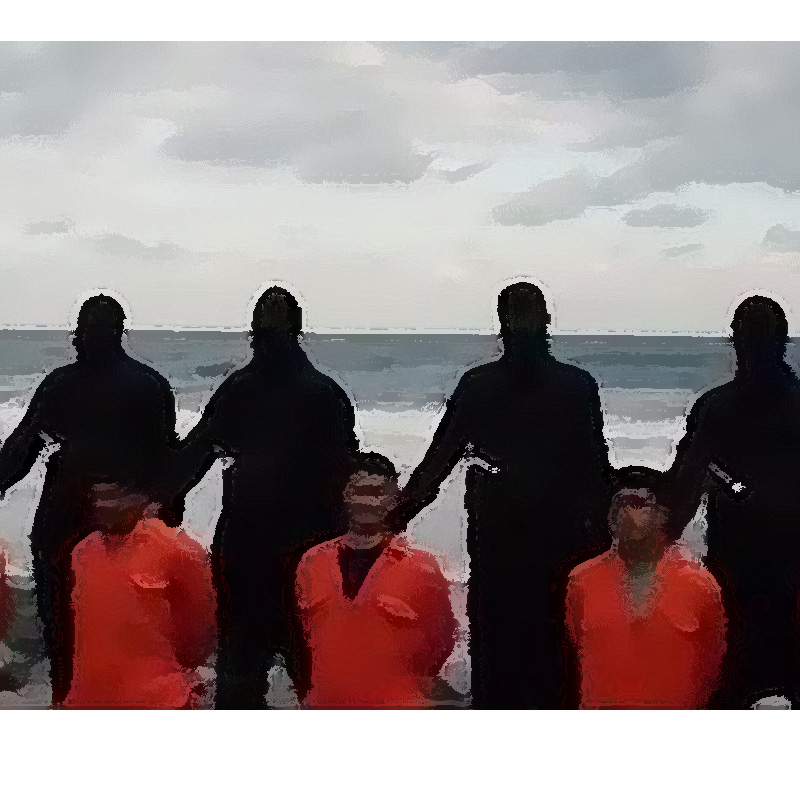 Some images in life are so tragic, we struggle to process what we’ve seen.

In early 2015, 21 young Christian Egyptian men clad in orange jumpsuits were marched single file onto a beach in Libya. The men stopped and faced the camera and were forced to their knees. Behind each Christian was a masked radical Islamist holding a knife. We all know what came next, and most of us recoil at the thought.

Many people living in Western cultures that developed from Christianity’s influence are tempted to believe martyrs are people we read about only in the Bible and history books. The 21 orange-clad disciples of Christ slaughtered on that beach should correct such thoughts.

Sami Yacoub, regional director for Focus on the Family’s Middle East outreach, lived in Egypt at the time of the killings. Yacoub noted that the Christian men were all in their 20s and had gone to Libya seeking work so they could feed their families. They were captured by radicals of the Islamic State.

The men were tortured in a vain attempt to persuade them to renounce their faith. All 21 refused to deny Christ in exchange for their lives. From Yacoub’s perspective, these men were not “victims” of ISIS extremism. Rather, the 21 were “more than conquerors” (Romans 8:37). Their ultimate sacrifice is a powerful testimony to their faith in Jesus.

“The gospel message of salvation rises out of this suffering and persecution,” Yacoub said. “As the Middle East was the birthplace of Christianity, the torch of revival that once burned bright for Christ can once again be lit by the sparks created by ISIS.”

What do we do with the memory of the 21? The Hebrew writer supplies the correct perspective:

Therefore, since we are surrounded by such a great cloud of witnesses, we must get rid of every weight and the sin that clings so closely, and run with endurance the race set out for us, keeping our eyes fixed on Jesus, the pioneer and perfecter of our faith. For the joy set out for him he endured the cross, disregarding its shame, and has taken his seat at the right hand of the throne of God. Think of him who endured such opposition against himself by sinners, so that you may not grow weary in your souls and give up (Hebrews 12:1-3, New English Translation).

We begin by remembering the cross upon which Jesus died. Jesus was not a “victim” of Roman prejudices or Jewish jealousy. Rather, as with the 21, Jesus faced death as a conqueror. He died in obedience to the Father’s plan of redemption.

The 21 Egyptian Christians should remind us that Jesus’ beaten body and poured-out blood are not solely for the Western world. Jesus’ sacrifice and these emblems are for all people no matter their language or nationality.

Some churches in Egypt continue to mourn the deaths of sons, brothers, husbands, and fathers. But like us, they take the bread in their mouths and lift the cups to their lips to remember Jesus’ act of sacrificial love. It’s a down payment of hope for every believer around the world. We should do the same.