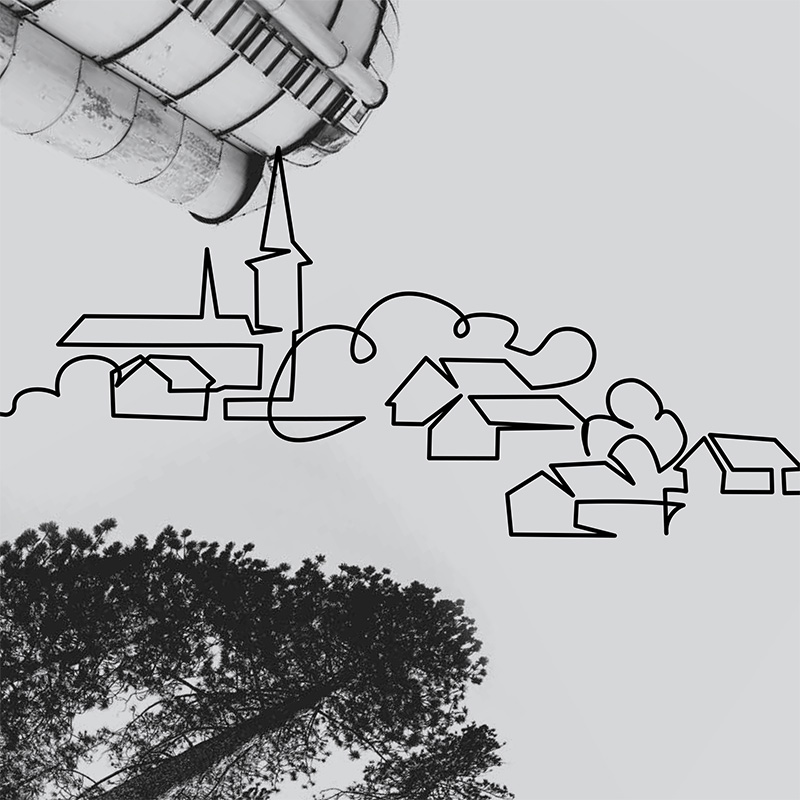 During the past generation, Christian churches and churches of Christ have become respected within the body of Christ at large for our leadership in church planting. This position of national influence mostly results from our outsized success planting new churches in rapidly growing suburban areas surrounding larger metropolitan centers.

More recently, within the past decade, many of our church-planting organizations have begun to focus on planting churches in downtown, urban settings. Waypoint Church Partners enjoys a rich, 80-year history of starting and serving Christian churches and churches of Christ in the Mid-Atlantic region. Waypoint has seen several of their suburban plants surpass 1,000 in attendance, while also launching a good number of urban churches over the past decade (see Part 1, “Going Back to the City,” in the September 2019 issue).

The next emerging generational opportunity for church planting may be in smaller towns once considered unsuitable for such endeavors. America’s smaller communities are much more diverse and have far greater potential than is commonly believed. Many articles describe a “rural rebound” in America as young families actively seek a simpler culture far removed from the hyper pace of suburban and urban settings. A Gallup poll found 56 percent of respondents would prefer living in a small town or on a farm compared with 43 percent whose preferred community was a city or suburb.

Sam Walton’s wife, Helen, famously told him she wanted to live in a town with fewer than 10,000 people. This restriction led to his discovery of an untapped gold mine of underserved communities where he planted his Walmart discount department store empire. Towns of fewer than 10,000 are often underserved by existing churches, as well, and they can provide extraordinary opportunities for planting new churches to reach the spiritual needs of the people there.

The reasons for the shift from cities toward smaller towns are obvious to many. Smaller towns are considered safer, friendlier, and more relaxed. People don’t honk their horns nearly as much in small towns, and a traffic jam consists of just a few cars at a stop sign or flashing light.

In Big Dreams in Small Places, Tom Nebel explained the lessons learned from planting dozens of new churches in the small towns of his home state of Wisconsin. He explained that small-town church planters need not be as polished as their urban and suburban counterparts. Some prospective church planters who might not succeed in metropolitan areas can do very well when matched to the right-sized community. Some grew up in similar-sized communities, so they naturally fit in to the dynamics, rhythm, and pace of small-town life.

A planter who starts a church in a metropolitan area is likely to have strong competition, making it much more difficult to be noticed. In a smaller community, however, it’s much easier for a new, seeker-friendly church to stand out for their progressive way of doing ministry.

Churches in big cities and densely populated areas no longer have a monopoly on Sunday morning activities, but smaller communities may still have some unwritten restrictions on scheduling nonchurch activities during those hours. People of faith in suburban settings often lament being forced to choose between church and their child’s travel sports team commitments.

Policies that impact churches—facility rental, public signage, and mass marketing—often are more friendly to faith communities in small towns than in big cities. Likewise, costs associated with staff and land are typically less in rural areas.

Church plants in small towns have some special challenges, but there are also some distinct benefits. For example, a church started in a smaller town may realize a greater impact of a prominent community figure joining the church or launch team. The presence of the fire chief, school principal, football coach, or downtown business owner may communicate a sense of legitimacy for a fledgling small-town church that a suburban church wouldn’t experience.

Waypoint Church Partners helped start Mountainside Community Christian Church in Boone, North Carolina, last year. Boone is a town of 18,000 that is dwarfed by Appalachian State University, which has more students than the town has residents. Boone’s police chief became an active part of the church very early in the launch process. A community figure of his stature helping to start the church spoke volumes in the town.

Lake Christian Church in rural Palmyra, Virginia, was launched as a daughter congregation of longtime Waypoint partner Cherry Avenue Christian Church from Charlottesville, about 20 miles away. Palmyra is the county seat, though it has fewer than 1,000 residents; Fluvanna County is home to about 27,000 people.

By the time the church reached around 300 in average worship attendance, they were easily one of the largest churches in the county. A church of similar size might have virtually no influence in a metropolitan area.

Small-town churches present good opportunities for the minister to quickly become an integral part of the community. Raphine Christian Church of Greenville, Virginia, launched in a picturesque village in a mountain county of about 22,000 residents. Founding minister John Ward became widely known in the community by serving bivocationally in the local farm bureau and as a teacher in the local high school. Ward eventually was elected to the school board.

RCC’s attendance is only about 100, but it is one of only a handful of thriving churches in the area; most nearby churches are older and in significant decline, many of them unable to afford a regular minister.

Smaller towns can be fertile ground for starting a satellite campus, even if the planting church is not exceptionally large. Waypoint staffer Paul Viers serves as senior minister with Woodland Hills Christian Church in Abingdon, Virginia, an Appalachian town of 8,000. His growing, modern church of more than 500 members was approached by members of a small Christian church in nearby Meadowview, a community of about 2,000 people located 12 miles up the highway.

Eventually, the 16 members in Meadowview voted to allow Woodland Hills to take over their church property and relaunch the church as a campus. One year later, the Meadowview Campus is regularly running more than 150 in worship on Sundays and has celebrated 12 baptisms. It instantly became the fastest-growing, most-exciting faith community in this small town.

Planting churches has its own set of challenges, regardless of the setting, but planting in smaller communities is an untapped opportunity for kingdom growth. A renewed emphasis on planting churches in small towns and rural areas would mirror the expansion of Christian churches and churches of Christ across the American frontier of the 1800s.

Tim Cole is a two-time church planter in Virginia who serves as executive director of Waypoint Church Partners. Tim and his wife, Lisa, have also helped to plant churches in Ukraine and France. Tim loves to train and coach church planters to realize their God-given vision to launch a healthy new church.