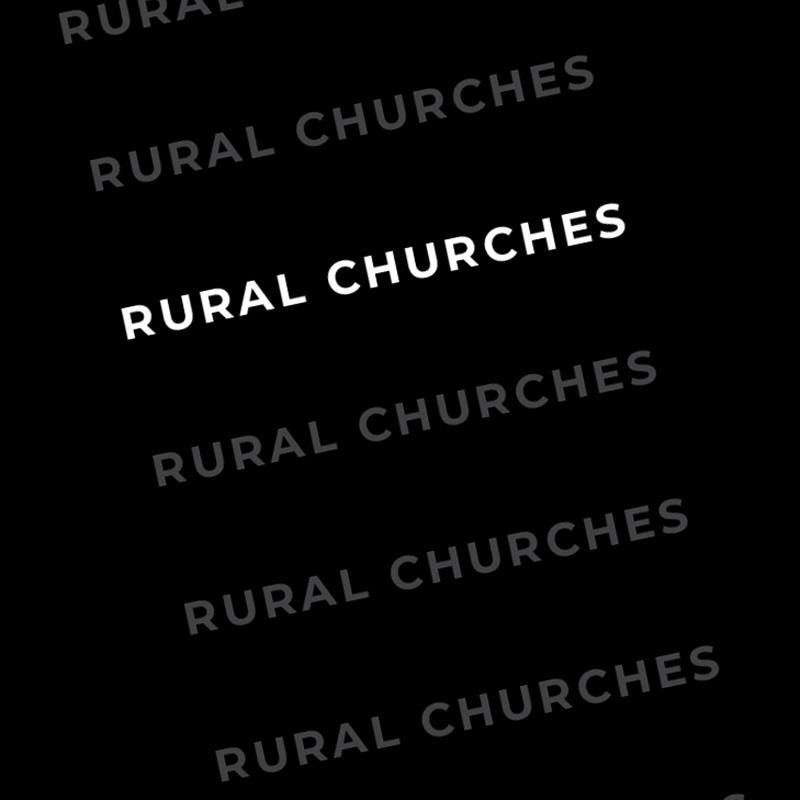 We received a friendly welcome when we entered the Christian church in Beaver City, a small town in rural Nebraska. The service that morning was upbeat, the prayers sincere, and the preaching biblical . . . but where were the people? The sanctuary was large enough to accommodate 150, but that morning only 25 people huddled into one section of pews.

After the service, my wife and I spoke with Treg and Beth about the challenges facing the congregation. They shared about the decreasing population of the area, explaining that young people move away for college and don’t return, which contributes to the region’s aging population. The couple are the only ones who attend regularly who still have children in school. They said many of the younger adults in the community don’t seem interested in church. The congregation can no longer afford a preacher; the man who preaches has no other connection with the congregation.

In the 1880s, when Alexander Campbell Corbin stepped off the train with a vision for planting Restoration Movement churches in southwest Nebraska, the area bustled with homesteaders intent on making a new life for themselves on the frontier. During his 20 years there, A. C. Corbin planted eight churches in small communities, and those congregations flourished. These churches have served Christ for more than 100 years and have moved through a life cycle: from the excitement of a fledgling church with big dreams, to a maturing church with many workers and a growing flock, to an older church experiencing decline.

The challenge these southwest Nebraska churches face is similar to other rural areas. Populations are declining, the church is no longer at the center of community life, and the availability of professional ministers is extremely limited. Some people would suggest that efforts to sustain these churches would be better directed toward more populated areas. Still, the question remains, “Who will proclaim Christ in these regions of rural America?” Pew Research found that only 14 percent of the U.S. population lives in rural areas, and that they are among the most unchurched parts of America. Rural America is quickly becoming a mission field. But thankfully, some have taken notice and are giving attention to the crisis in the rural church.

As they strive to survive, many rural churches have developed an inward focus that isolates them from the community and from other churches. Breaking out of that isolation is key to revitalization.

When Mike and Ruth Bitter came to minister to the Christian Church of Waterloo, Nebraska, attendance stood at eight and there was a feeling of defeat. Soon after their arrival, an epic flood devastated the area.

Mike says, “We simply opened the door and God began to work.”

The town was surrounded by floodwaters, so the church began feeding first responders and flood victims. That prompted people to bring food and other supplies, and then a chef from nearby Omaha offered her services. For days the church fed people in need, with hundreds passing through their open door. The church became a distribution point for relief supplies, and volunteers shed tears and shared prayers with those who struggled. It isn’t a coincidence that since that time Waterloo church attendance has grown. A church the community had forgotten is now known as a place that cares for hurting people.

Through the years, rural churches have become isolated from each other. Congregations could be sharing resources and encouraging each other, rather than trying to do it all on their own. Not many years ago, an area men’s group would meet monthly, and you might go to the next town for a revival meeting or missions weekend. These days, fewer churches are taking advantage of such opportunities for fellowship. (See “Building a New Future” for several options, especially for rural churches who have declined in attendance.)

Perhaps the first step toward health is for small churches to simply believe Jesus can accomplish his work through them.

“The problem with small churches is not that they are small,” Christian pastor and author Karl Vaters has noted, “it is that they think being small is a problem.”

Small rural churches are needed, for they have plenty to offer. Such churches can reach some people a large church never would. Small, rural churches face great challenges, but they have even greater potential.

Clark Bates is an associate minister with McCook (Nebraska) Christian Church. Clark and his wife, Dawna, have ministered in McCook for 34 years and are currently developing a regional ministry to revitalize small churches.

Rural Demographics and the Church

It’s been reported that our nation’s rural population is declining and that rural communities are dying. But reality is probably more nuanced.

If more than 1,000 people live in one square mile, it’s urban; if not, it’s rural. A few families that move into an area—be it a small town or suburb—can cause it to become urban.

It’s important to know how the people living near your church perceive themselves.

There is a population trend that might be of more concern to church leaders. Rural areas have historically seen as many births as deaths, and so they have remained stable for the most part. But in the last few years, as the population ages in most rural places, births are not sufficient to replace population loss from deaths. This is resulting in a new and concerning type of decline.

So, here are three important lessons:

• Church leaders should know their ministry context and not rely on a government classification. Your rural community may be growing. Your urban community may be populated by folks who consider themselves rural (and proudly so). Do not assume a church in a rural place cannot grow, for many such churches are growing.

• If your rural community is declining, understand that children’s and youth ministry may not serve the community’s needs. Instead, a vital seniors ministry might be what is most needed, and it might even lead to church growth in the midst of population decline.

• And remember, God loves his church and has called on it to serve people no matter their age and no matter where they live.