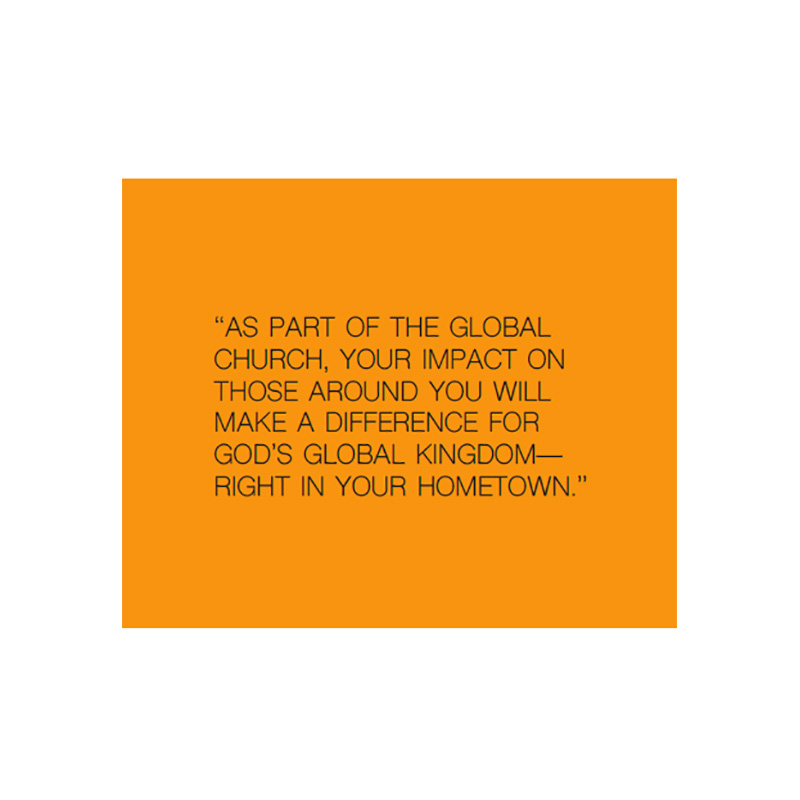 INDIA: I visited north India earlier this year and was honored to sit among leaders of one of the largest movements to Christ I’ve ever known. While there, a woman stood up and shared about her work among the transgender community.

Prisha (not her real name) had approached the transgender community and requested to teach them about Christ. She was rejected initially, but soon one of the people in that community became ill and medical treatment was not helping. Some folks reached out to Prisha and told her she could come and pray for their friend. If healing occurred, they would listen to her teaching.

Prisha went and prayed, but nothing happened, so she left discouraged. On her way home, Prisha was uneasy; she sensed someone was following her. Sure enough, Prisha had barely made it home when someone came to her door . . . but with good news. “It worked! There is healing!” the person said. “Come teach us!”

Prisha began teaching among the group, and soon 25 transgender people came to Christ. A year later, that number grew to 70. Prisha was arrested around that time for leading church services, but something amazing occurred. Her new friends in the transgender community marched to the police station and warned, “If Prisha is not released in five minutes, we will burn this place down. Let her go!” Prisha was released.

Prisha’s love of Christ and for the souls of people to whom she ministers was returned . . . with power.

During her short testimony to us that day, Prisha never mentioned addressing the issue of transgender. In sharing her story, Prisha taught us that love and respect brings people to Christ. The community with whom Prisha ministers is positioned to grow further in their walk with the Lord.

In Romans 2:17-29, Paul told the Jewish followers of Christ they were not living believable lives. As Paul spoke to circumcised men born to Jewish parents, he accused them of relying on their Jewishness to make them right with God, rather than changing their heart so it was right with God (see v. 29).

In Acts 6, I see characteristics of believable lives not so dissimilar from Prisha’s life:

God built his church quickly (v. 7), and it’s easy to see why. These leaders followed his leading through the Spirit, not their Jewishness. The masses saw in them the appealing presence of God, and it drew them in. Respect, wisdom, grace, and power make for an attractive community!

Those are the same characteristics that exist in the growing churches in Africa, the Americas, Europe, Asia, and India today. The people in these churches are living believable lives, intentionally making Jesus much more than famous, but also desirable.

AFRICA: In our years of bush living among the Maasai in Kenya, our family was given a Maasai family name by a man who had become a dear friend. Ole Kijabe had a way about him that led people to ask him for advice and encouragement. He had impeccable character and good business sense. He was funny.

Ole Kijabe couldn’t read, though he tried! He couldn’t even sound out a two-letter word. His eyesight was part of the problem, and the other was his oral culture. He learned by mentoring, and that’s also how he taught others.

Two ladies on our team taught several young warriors to read; a few others had learned in school. When it came time to train church leaders, several of those young Christian warriors were chosen along with Ole Kijabe. At trainings, the warriors took notes, but Ole Kijabe merely listened. During Bible lessons, the warriors read Scriptures and taught. Ole Kijabe usually just listened. But when Bible lessons were to be lived out, everyone looked to Ole Kijabe. When planning was needed, Ole Kijabe was in on it. When love and acceptance were needed in the villages where few believed in Jesus, Ole Kijabe led by example.

Few decisions were made without first consulting Ole Kijabe.

The local government asked Ole Kijabe to become chief of the area because of his believable life and the respect and people skills he possessed. But Ole Kijabe turned them down. He wanted to focus his time and wisdom on the church and on these maturing young warriors.

Ole Kijabe died several years ago, but he passed on his wisdom to these warriors who are now no longer young. One of them, Patrick, is a national church leader. Another, Francis, is the national church treasurer. Wisdom lives on in these senior warriors, and now they live believable lives that guide the character of their national church to be a place where people desire Jesus.

This was all made possible because Ole Kijabe was a traditional mentor who lived a believable life of wisdom.

AMERICAS: I wasn’t particularly enthusiastic about child sponsorship early on. When our mission agency started it, I thought it would greatly increase dependence and make it harder to disengage when the work was mature enough to do so. I warmed up to it over time after observing the positive benefits for the children. Still, I thought it might set up kids for major disappointment if sponsors couldn’t follow through on their financial commitments. I also thought child sponsorship contained an element of unhealthy dependence.

Any misgivings disappeared when I was introduced to Cinthya shortly after assuming my current role as global missions pastor.

Cinthya met Chris when they were in high school. I’ll never forget the story she told me of how she got involved in child sponsorship.

About 18 months into their marriage, Cinthya and Chris went to a Jeremy Camp concert. A photo of a child available for sponsorship through Compassion International had been placed on each seat. Cinthya said, “What! They still exist?” She picked up the card of a child who shared her birthday and soon started to cry. She turned to her perplexed husband and revealed to him, “I was one of these children!”

Cinthya was sponsored as a child while growing up in Colombia in South America. That’s how she got involved in child sponsorship—as a recipient.

One meeting with Cinthya was all it took for me to see the incredibly positive effects of child sponsorship. This young mother sat with her husband—they were expecting their second child—and humbly shared her story with Connie and me. Despite childhood hardships, Cinthya had a spirit of grace—a gentleness and vibrancy—that touched me deeply and broke down my resistance to child sponsorship. She was just being herself, complete with laughter and Colombian accent.

And then she spoke reverently of Windy, her sponsor. Windy’s letters to Cinthya had given her hope. Windy told Cinthya she believed in her, loved her, and was praying for her. It’s still deeply meaningful to Cinthya, and it’s a big reason for the grace we all see in her today. Cinthya has a softness in her heart for Windy, who gave her years of hope when life was hard.

Cinthya lives a believable life of grace because her hard story never speaks pity. She tells it in a way that speaks hope, opening the way for her to share how desirable Christ is, for he has been her hope since childhood.

Prisha, Ole Kijabe, and Cinthya all had modest beginnings. Part of what makes their faith stories so believable is they couldn’t have achieved what they did in their own power. In fact, they had very little worldly power. Christ is the power behind their stories, and those who spend time with them know it.

These believable lives are also simple ones. They are known as people of respect, wisdom, and grace. They lead from their Christian character, which is something we all can do.

Prisha, Ole Kijabe, and Cinthya are courageous. They speak what they know of God in their lives and he multiplies their impact to touch many lives. They draw attention to Jesus and never themselves.

Many people in our churches want to make a difference in this world but don’t know how. My advice is to start by living a believable life, as these three have. Let the character of Christ be seen in your everyday life, and then be courageous and speak up about how he works in your life. As part of the global church, your impact on those around you will make a difference for God’s global kingdom—right in your hometown.

Want to do more?

The character of Christians in Acts 6 is being lived out globally today by millions of people like Prisha, Ole Kijabe, and Cinthya. When we distinguish ourselves in our Christian lifestyle, we cause people to desire to know Jesus.

Dan Crum and his wife, Connie, served as missionaries in East Africa for 26 years in the areas of evangelism and church planting, team leadership, water development, and member care. Since 2014 Dan has been the global impact director at Connection Pointe Christian Church (connectionpointe.org) in Brownsburg, Indiana. He also serves with Missionary Care Catalysts and is on the board of Asian Partners (apii.org). Dan and Connie have three adult children, all married, and five grandchildren.