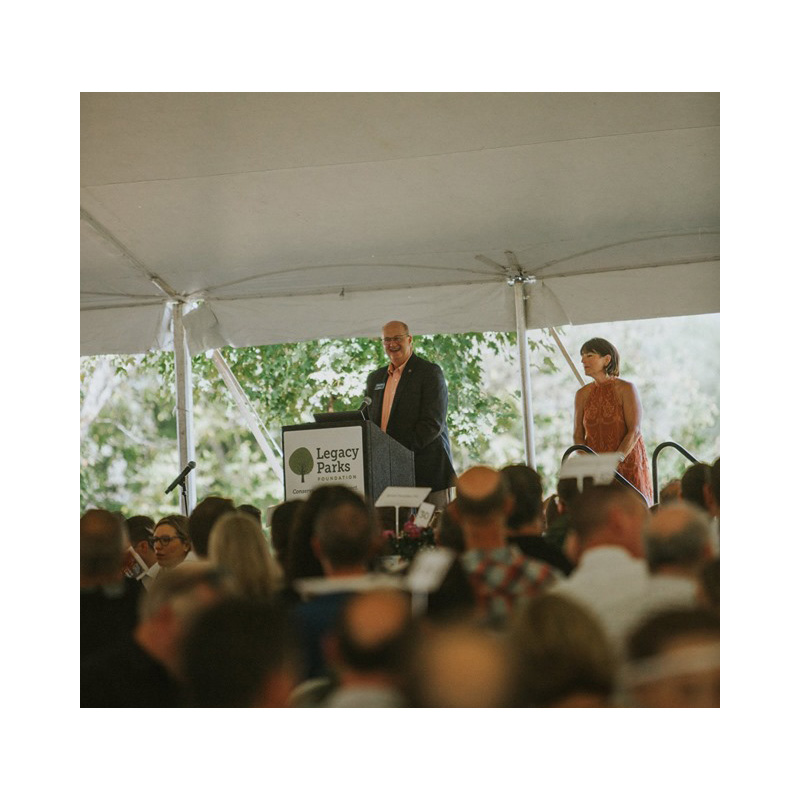 Johnson University Tennessee is considering providing public access to the French Broad River which borders part of campus. Adding multi-use trails to that same area is also a possibility.

The announcement was made at the 2019 Legacy Parks Luncheon which Johnson hosted Friday. The Royal Scribe, a Johnson student publication, reported on the event.

“Over the coming year, the university will begin a feasibility study looking at [creating] public access to the French Broad River from this very site,” said Carol Evans, executive director of Legacy Parks Foundation, a nonprofit organization dedicated to creating opportunities for the community to enjoy Knoxville-area land and resources. The access point would include “a kayak launch and parking . . . and offer recreational opportunities where there are none,” said Evans, who also serves as a member of the Greater Knoxville Advisory Board for Johnson University.

This particular section of the river has no public access, she explained.

Also under consideration, said Evans, is “creation of up to eight miles of multi-use trails on that ridge.”

The new trail system and river access would be for students and the public. Evans said it would create “a destination for health and fitness here in south Knoxville,” the Royal Scribe reported.

The event was held on the Johnson campus alongside the French Broad River. Much of Knoxville’s history and growth is tied to the river.