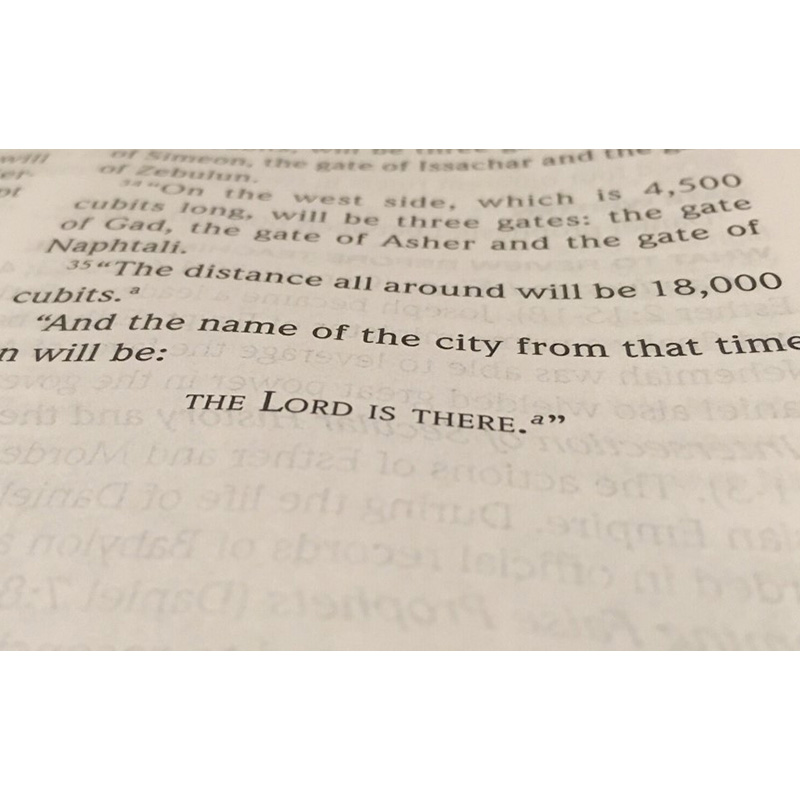 In the twenty-fifth year of our exile, at the beginning of the year, on the tenth day of the month, in the fourteenth year after the city was struck down, on this very day, the hand of the Lord was on me, and he brought me there. By means of divine visions he brought me to the land of Israel and placed me on a very high mountain, and on it was a structure like a city, to the south (Ezekiel 40:1, 2, New English Translation).

In exile, Ezekiel measured the passing of time from two national tragedies: the captivity of Jehoiachin and the Jewish elites, and the day Jerusalem and the temple were destroyed. These two national traumas defined the first generation of Jewish exile. A modern-day parallel is measuring our lives by the years, months, and days since the terrorist attacks of September 11, 2001 (18 years) or the Oklahoma City bombing on April 19, 1995 (24 years). Marking time by tragedy is a terrible way to live. God did not want his exiles to live this way. Nor does God want modern believers to live this way.

The actual day God shared his vision with Ezekiel was the last time the prophet mentioned those tragedies in his book. God was not willing to permit his covenant people to languish under the thumb of Babylon. Just as God rescued his people from Egyptian slavery, he now gave them a picture of their restoration to the land of Abraham’s inheritance. God’s plan was for them to construct a new temple.

The remainder of Ezekiel’s writing focused on that promise. And it was not a vague promise with shadows of a rebuilt temple. God provided details. God wanted his exiled people to stop tracking time from past tragedies. Instead, he encouraged them to number the days until they would return to their inheritance. The final words of Ezekiel’s vision were filled with the promise of the covenant God to his people: “The name of the city from that day forward will be: ‘The Lord Is There’” (Ezekiel 48:35).

This past year may have brought difficulties, and maybe even tragedies, in our lives. It’s normal this week to think about them, to mourn over them, and perhaps consider what we’ve learned from them. But as God’s covenant people, we need not mark our lives by the painful tragedies of our past.

Jesus’ death was the greatest victory in history. Since that day, the promises of God have never faltered. We stand on the lasting foundation that Jesus’ sacrifice set every disciple of Christ free of the threat of exile and death. His crucified body liberates us to the abundant life God planned. The sacrifice of his blood frees us from the shame of sin. These emblems remind us to mark time until we will inhabit our inheritance in a new, eternal Jerusalem.