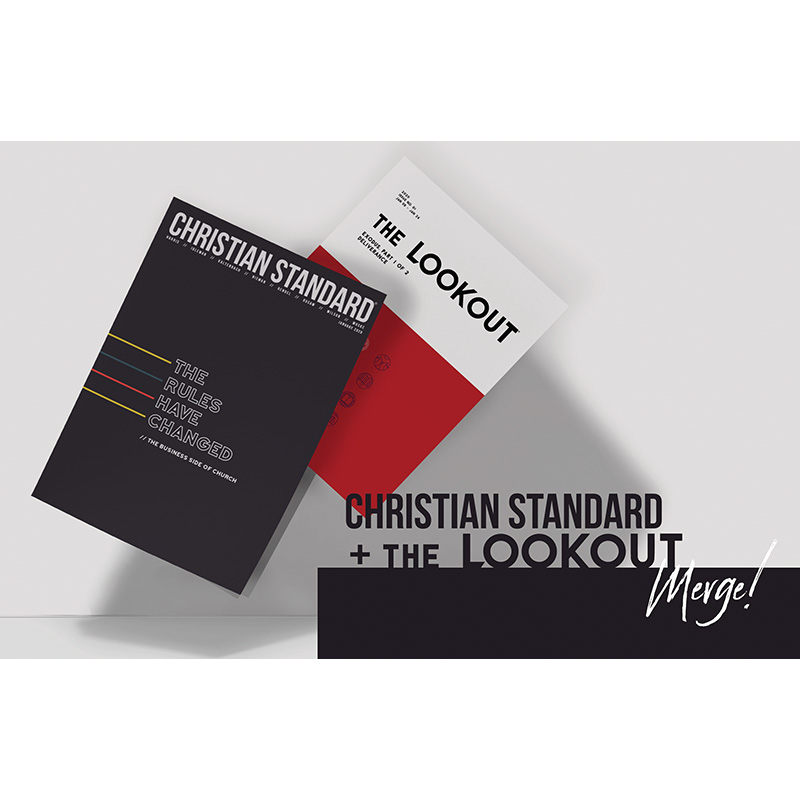 For many years, Christian Standard Media has been challenged by steadily declining subscriptions to our print magazines, Christian Standard and The Lookout. The commensurate drop in revenue presented an opportunity for a non-profit ministry to purchase the magazines—and much of our Restoration Movement heritage—from a for-profit company. The change in ownership three years ago preserved the magazines and much of our heritage. Since that time, both Christian Standard and The Lookout have been retooled as we have endeavored to maintain and improve their appearance and content. We thank The Solomon Foundation for being the primary benefactor in this endeavor and for their passion for the Restoration Movement.

As we all know, in a world of free online content, the success of print media is an uphill challenge. This, coupled with the aging subscription base of the magazines, the decline of Sunday school, the choices of churches to move away from Restoration Movement materials, and the lack of tribal thinking, has had an impact on subscriptions.

We made big changes to invigorate the subscription numbers of The Lookout. We focused on discipleship, retooled for small groups, changed from a weekly take-home paper to a 13-times-a-year journal that people will save, and changed its scope and sequence to be more biblically focused.

Beyond that, we took the aggressive step of offering free online versions of both The Lookout and Christian Standard, transitioning from being subscription-based to advertising-based. While Christian Standard adjusted well to this new ministry plan, The Lookout didn’t. It continued to decline in paid print subscriptions, and its online platform was not well received.

The Restoration Movement is based on using “the New Testament as our only rule of faith and practice,” and in so doing, we recognize the centrality of rightly dividing the word of truth. This is why The Lookout will continue within the pages of our original magazine, Christian Standard. The Lookout began as The Young People’s Standard—a youth version of Christian Standard—in 1888. It evolved into a more intergenerational Bible study tool in 1894 and its name was changed to The Lookout. So, for 132 years, it has been a cherished tool for New Testament believers.

In April 2020, it will join its older sibling, Christian Standard (founded in 1866), in continuing its mission and, as such, will be available in print form for the same cost or in online form at no cost. All Lookout print subscriptions will be honored, as those subscribers will begin receiving their Bible study content as part of Christian Standard.

As publisher, I wish to thank Shawn McMullen, an incredible editor whose commitment to God’s Word and Christlike living has been an inspiration to me and many others. I also wish to thank Sheryl Overstreet, our managing editor, for her faithfulness and passion for the ministry of this magazine over the past 20 years. Please join me in praying for the future of this ministry in the hope that these two magazines will be stronger together than was possible individually.