As I write this in June, many have been seeing news stories coming from the Southern Baptist Convention. Just about all of the news has been less than flattering, and some of it has been scandalous. There have been stories connected to sexual abuse, a history of racism (and debate over critical race theory), leadership roles and speaking roles for women, and the list goes on. At the convention meeting, outgoing president J. D. Greear changed a gavel used to open and close ceremonies because the traditional gavel had been provided by an early SBC leader who was an outspoken Confederate and slaveholder.

Notable people such as Beth Moore, Russell Moore, and Anne Graham Lotz have stepped away from the SBC because of infighting and politics. Some leaders took very active roles and delivered strong opinions during this past political season, and this alienated many connected to the denomination. The winner of the SBC presidential election received 52 percent of the vote—not exactly a mandate, but a strong indicator that the turmoil will continue for quite some time. While SBC churches consider themselves independent, a denominational reality definitely exists.

I write this not to revel in the SBC’s turmoil, for any time there is scandal or dissension in Christian evangelical circles, the ripples extend outward, which has a cumulative effect on anyone who espouses an intimate personal relationship with Jesus.

In this issue, we discuss many situations and circumstances such as the SBC is facing. We must address several questions: What can we learn from them moving forward? What is the path of righteousness that we need to be led in for his name’s sake? What are we doing right that our present circumstances reinforce?

The issue of greatest concern that jumps out to me in light of the SBC’s woes involves the independence and local autonomy of Restoration Movement Christian churches. It’s a sword that cuts both ways. On one hand, there is much that being an independent church leaves wanting. A denomination is more tightly bound, providing strength in numbers and a strong unity binding individual churches together. A denomination enjoys more unified communication for its news and publishing, resources such as health care and retirement, partnerships in mission work and evangelism, tools for discipleship, stewardship, and worship, theological principles and institutions of higher education . . . the list goes on.

Independent (or only loosely affiliated) churches can be isolated and not enjoy the best ground for fellowship. Such a scenario can be fertile ground for rogue actors who push their own agendas for selfish ends.

On the other hand, independence is freeing for a local church. In large part, the Restoration Movement grew out of manipulation and coercion by denominations and denominational hierarchy. In many ways, it was a reaction to the dark side of unity that can happen when ecclesiastical structures are created and evolve. Much of the Restoration Movement in America was fueled by politics, specifically the birth of a nation founded in independence, freedom, and liberty. Some might argue that American independence was a catalyst for church independence and the Second Great Awakening.

But independence runs deeper than that. The book of Acts shows few if any denominational structures. Churches were independent, with their own elderships; they were modeled similarly to the organization of first-century synagogues. Some might argue that the primitive structure of the church was hauntingly similar to the synagogue. Denominational structures came later—and corruption came with it.

But there is a purity to the restoration of the primitive church. It isn’t easier or more efficient; oftentimes it is frustrating as opportunities are missed, assets are squandered, and best practices must constantly be reinvented. However, God does great and mighty things in the midst of simplicity, and I, for one, am deeply thankful for our independence. The leaders of the local church decide whether to buy, build, hire, fire, join, separate, save, spend, give, support (or drop support), and so on. We decide on curriculum, programs, ordination, order of worship, music style, eldership style and structure, mission statements, and core values. All responsibility falls on the shoulders of local leaders as they seek to honor the Lordship of Christ. When I sit around a table with our elders, we know that we answer to our Chief Shepherd alone, and the gravity of that truth tempers our resolve to do Bible things in Bible ways, letting the New Testament be our only rule of faith and practice. 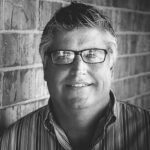