Alyeska . . . Keystone XL . . . Colonial. Each is a commercial pipeline, and each has a unique crisis in its story.

Alyeska is the Trans-Alaska Pipeline System, which now transports less oil than in years past. Keystone XL is the pipeline that was once under construction from Alberta, Canada, south to Nebraska; it has now been officially shut down. The Colonial Pipeline made news recently when it was the victim of a ransomware attack that completely shut down its oil flow.

There was a time when the Trans-Alaska Pipeline moved millions of barrels of oil every day. The amount of oil—or throughput—passing through the pipeline reached an all-time high in 1988, when it “put through” more than 2 million barrels in a single day. Today, throughput averages just above 400,000 barrels per day, an 80 percent decrease.

This is a crisis in the making. Less oil means slower, colder oil. The Alyeska pipeline originates on the North Slope at Prudhoe Bay and terminates in Valdez, covering some 800 miles. Permanently frozen ground along with air temperatures that can plunge to 60 degrees below zero (or colder) can freeze smaller amounts of slow-moving oil, causing a stoppage that can potentially rupture the pipeline. Less oil creates a potential crisis.

In working closely with churches across the country, we have observed this same critical situation. Far too many churches have far too few people in their leadership pipeline. At e2, we help the local church locate potential future leaders and assist them in equipping these individuals so they can be onboarded into leadership.

In baseball, the next batter is always on deck, and in the local church, the next leader must always be ready to step up to the leadership plate. Moses prepared Joshua. Elijah prepared Elisha. Jesus prepared his disciples. Paul prepared Timothy and Titus. So, who are we preparing? Be intentional and deliberate. Work to refill the leadership pipeline.

The $9 billion Keystone XL pipeline was mired in controversy for more than a decade. People on both sides of the political aisle have fought over the pipeline. The opposition to the pipeline was so strong and unrelenting that construction came to a halt when President Joe Biden canceled the pipeline’s building permit on his first day in office. A few months later, TC Energy abandoned the project.

Disputes can also shut down the church’s leadership pipeline. Opposition within the church is nothing new. Conflict abounds between staff and elders, between young and old, between people with varying ministry philosophies, and between other factions. Moreover, when leaders are opposed by people within the congregation, the church struggles to move forward in its mission.

Think of the opposition Moses experienced. Soon after leaving Egypt, Moses faced constant criticism from his fellow Israelites. They opposed his leadership time and again. Even when God led his people to the boundary of the Promised Land, two and one-half tribes did not want to live there. They preferred to live east of the Jordan River. Not only did that weary Moses’ spirit, but it must have broken God’s heart.

Such is our human nature. Opposition to authority is rampant in our culture, even in the local church. Scripture commands us, however, to submit to the authority of our leaders, for God has them watching over us (Hebrews 13:17). When we joyfully and willingly obey godly leaders in the church, we will not shut down the mission of the church. We will spur it on to love and good deeds, both among people in Christ and those who have not yet come to faith in him.

Last spring, cybercriminals used ransomware to attack the Colonial Pipeline, considered the largest pipeline for refined oil products in the United States. To keep the malware from doing further damage to their computer systems, the company shut down the entire pipeline and paid a $5 million ransom to the alleged Russia-based cybercriminals known as DarkSide.

Similarly, the church’s leadership pipeline struggles to operate because we are under attack from the dark side. Our struggle is not with people so much as with the kingdom of darkness . . . “the spiritual forces of evil in the heavenly realms” (Ephesians 6:12). With every step we take to advance the kingdom of God, the enemy attacks us to thwart our progress. Every time we lead people in prayer, in the Word, in worship, we deliberately turn to God and our Savior, Jesus Christ. In those moments, we are doing the very thing Satan works against. “[He] leads the whole world astray” (Revelation 12:9), away from God. It should not surprise us, then, that he relentlessly attacks leaders in the church to hinder their pursuit of God.

Each of the three oil pipelines has taken decisive, deliberate action in the face of its unique crisis. The local church must do the same. With fewer leaders, and during a time when we are facing increasing opposition fueled by the evil one, we must respond in a God-honoring way to our crisis in the leadership pipeline, particularly as it relates to elders. Here are three ways you can respond:

Our leadership pipeline crisis can be solved if we simply respond to it. 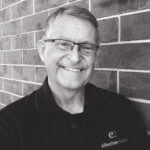