A Caseload of One: Cracking the Case

In the January/February issue, Rudy told husbands about the importance of their wives. He wrote, “For, after Christ, she is your life’s work. She is God’s holy daughter entrusted to you in like manner as the church has been entrusted to Christ. Don’t exegete the text and forget to study your wife.” As a wife, I don’t believe anything is more important than being loved and understood, especially when it comes through the intentionality of investigation.

Merriam-Webster defines investigation as “a systematic search for the truth or facts about something.” Have you ever heard someone say, “He gets me,” “He accepts me for me,” or “He lets me be me”? These are the words of a wife who has been and is being investigated . . . that is, loved. It is in this intentional consideration where we as wives experience the majesty of “be considerate [kata gnōsin] as you live with your wives, and treat them with respect” (1 Peter 3:7).

When Rudy had this “aha” moment regarding investigating (kata gnōsin) his wife, one of the first things he said to me was, “Hey, this is what you have always done to me.”

“Yes,” I said, “it’s because I love learning more and everything about you.”

He replied, “You have always watched my movements and tendencies, to the point that just by my gestures, you know what I’m thinking.”

He was exactly right.

Through investigation, I learned that Rudy’s original ideal wife looked more like an executive personal assistant. Conversely, he learned that my original perfect husband was more like a massage therapist. This caused many misperceptions that we will discuss in future articles.

Husbands should ponder these questions:

• Who are you that God would entrust you with such a great and beautiful work?

• Who are you that God would allow you to partner with his daughter?

• Who are you that you were drawn to such divine help?

Gentlemen, when you’re on the case investigating “the apple of your eye,” you will learn so much about her. When our “he” is in pursuit of the internal “me,” we as wives feel truly loved. Yes, we know we are rather intricate image-bearers whom God divinely designs to exist in holy complexity. As a result, women are misunderstood more often than our husbands can imagine. The intellectual impact of being misunderstood translates into us not feeling accepted emotionally.

Gentlemen, it’s your God-given privilege to be on the case. I’ll get a little more personal. When Rudy began his investigation of me, I think it took some readjusting when he learned I was not the precious little executive personal assistant for which he hoped. Don’t get me wrong, I love assisting him. I am his helper. I’m just more than he had initially considered. He just hadn’t considered how fearfully and wonderfully made I was! So, I’m certain that when Rudy dusted the prints and saw the forensic evidence, he was floored when the clues revealed I was more of a warrior than an assistant. So, now he knows how to love me as the helper he always dreamed of, but also the warrior he never knew he needed.

We write these articles with the heart that spouses will live on purpose together intentionally. We want your marriage to not just survive, but thrive. At weddings the preacher sometimes says, “for what God has joined together, let no man put asunder.” I think we focus too often on “let no man put asunder” and not enough on “what God has joined together.” Marriage is more than not breaking up.

Instead of seeking to learn about the blessing God has placed before us, I think we too often get stuck on how this person isn’t what I originally envisioned and expected. The beauty in a loving exploration and investigation is the provision and opportunity to know God better. When we study our spouse, it grants us access into how God loves us and into how God has made each one of us in his image.

Here are some practical explanations of what this may look like. The reason a woman “nags” about something not being clean, closed, picked up, or purchased is that she knows you’re considering her when she walks into a clean house. If you close the cabinets, she knows you understand her. If you pick up exactly what she asked you to buy at the store, she knows you’ve listened to her.

Many husbands have told me they feel they just can’t get it right in her eyes. These husbands should think less about getting it right and more about getting her right, and then everything will fall into place. Again, “Be considerate as you live with your wives, and treat them with respect.”

Remember, don’t exegete the text and forget to study your wife. 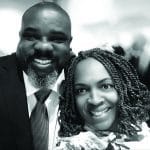