In a new trend among Christian users of TikTok, videos show the faces of people reading genealogies from the Bible. The readers often appear to be trying to stay awake, or they skim through the lists pretending to be interested. There is a sense of, “Skip the names; it’s no big deal. What do they have to offer anyway?” And to an extent, I understand that. Reading or listening to a long list of unfamiliar, multisyllabic names of people you don’t know begetting more people you don’t know can be daunting.

But we need to read those names.

Throughout my time studying the Bible, I composed a list of things to keep in mind while working through those genealogies.

1.   All the Genealogies Are Scripture Inspired by God

In his letter to Timothy, Paul said, “All Scripture is God-breathed and is useful for teaching, rebuking, correcting and training in righteousness, so that the servant of God may be thoroughly equipped for every good work” (2 Timothy 3:16-17, emphasis added). The Greek word for “all,” in this case, is ​​pasa, which translates to “all, each, every, the whole.” No fancy loophole makes this word mean “some Scripture is God-breathed.” No, either it is all true or none of it can be trusted. Either it is all useful, or again, it cannot be trusted.

So, when we come across lists of names, we can either embrace them and realize that God mentioned each person for a purpose, or we can continue to ignore a part of the story to which God has allowed us a small glimpse.

2. Every Person Listed Was Special to God

Fred Craddock’s sermon “When the Roll Is Called Down Here” is one of my favorites. In it, the late preacher gave several examples of lists of names. One is a jury duty listing, while another references the names of deceased American soldiers engraved on the Vietnam Veterans Memorial wall. Craddock used this overall theme to connect to Romans 16, where he insisted the final section of Paul’s letter to the church in Rome is not just names. These were people participating in the expansion of God’s kingdom; these were friends of Paul and individuals the Holy Spirit thought we needed to know.

What Paul wrote in Romans 16, then, wasn’t a list. He was remembering people who were special to him. . . . In fact, these names in Romans 16 are extremely special to Paul, because even though he says “hello” to them, what he’s really saying is “goodbye.” He’s going to Rome, but before he gets there, he must go to Jerusalem. He’s going with the offering into a nest of hostility. So, at the end of chapter 15, he says to these people, Pray with me. Agonize with me that I won’t be killed in Jerusalem, that the saints will accept the money in Jerusalem, and that I’ll get to come back and be with you. These are not just names.

Please do yourself a favor and listen to the sermon in its entirety.

3. To God, You Are More Than Just a Name on a List

A chorus of an old hymn says, “When the roll is called up yonder, I’ll be there.” Many places in Scripture reference our names being written in a roll, or as many know it, “the book of life.” This isn’t just “a list”; these are the names of men and women who have committed themselves to Christ.

So, herein lies the question: What’s the big deal about a name?

Names represent who we are. Our individuality . . . our uniqueness . . . our heritage . . . but something even greater. Even though we are one of many, God knows us by name! Every one of us! We are so important to him that he is always right there for us, no questions asked . . . and he’s right there also for the names we read in Scripture.

All this to say, don’t skim through the names. There’s purpose and reason represented in them. 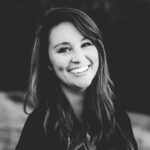