Renee Flory had already taken a mission trip to Eastern Europe when she heard Glen Elliott (a missionary to Ukraine for five years in the 1990s and later lead pastor of Pantano Christian Church in Tucson, Arizona, for more than 20 years) speak to her church about Tavriski Christian Institute (TCI), a Christian seminary in Ukraine.

During her previous trip, she had felt drawn to the people of that nation but believed God was telling her to wait. She returned to teaching kindergarten in California. But then in 2000, when she met Glen, she told him she felt God was preparing her for something but did not know what.

“Unbeknownst to me, Glen passed that on to one of the staff members at TCI,” she says. Six weeks later, TCI invited her to be part of the English department.

That invitation began Renee’s ministry in Ukraine. She moved to the southeastern part of the country, where TCI was located—an area that Russian troops attacked early this year—and she lived there from 2000 to 2005. She initially taught English and mentored students, but she eventually began working with the dean of students.

“For those first five years in Ukraine, I came alive for the first time in my life,” she says. “Spiritual gifts such as the gift of hospitality emerged for the first time.” Renee spent a lot of time with students, planning girls’ nights, ministry nights, and holiday parties.

Her initial interest in ministry occurred when she connected with a campus ministry in college. Her mentor at that ministry positively impacted her life, and Renee dreamed of doing the same for other students. Now she was doing just that, and God was working through her. Those years in Ukraine were special to Renee because she felt so connected and useful, but it also made it hard to leave when she felt sure it was time to go. The institute was moving to a new campus, and Renee felt burnt out. She returned to the States to rest.

In 2008 Renee began working full-time with New International, a mission organization based in Fort Myers, Florida, that has missionaries around the world. She worked in the media department in the home office.

“It was one of the hardest seasons of my life,” Renee says. She missed Ukraine deeply, but she felt sure God was telling her to stay where she was. During the six years she spent at New International, she slowly healed from the grief of leaving Ukraine and began noticing what God was doing in other parts of the world. The Haitian earthquake in 2010 brought a greater appreciation for the value of her position. Her duties included updating people on what different missionaries around the world were doing, and so she began updating the website with breaking information about Haiti.

“I suddenly felt like I had the most important job in the world,” Renee exclaims. She had been praying that God would give her contentment and joy in her work, and he began changing her heart during her time at New International. She had no plans to return to Ukraine, despite her love for the country.

In 2014, Russia attacked, taking over Crimea and invading eastern Ukraine. Renee had started working with Ripe for Harvest in 2013 and, in that capacity, she began translating everything she could from Russian to English so people could pray more specifically for Ukraine. At ICOM, she taught a workshop on how to pray for Ukraine.

She also attended a conference called Mental Health and Missions and learned about the Trauma Healing Institute’s program geared toward helping people heal from trauma and PTSD. The program uses a book called Healing the Wounds of Trauma: How the Church Can Help written by Harriett Hill, Margaret Hill, Richard Bagge, and Pat Miersma. The program’s method, which is based on mental health practices and biblical principles, helps people learn about trauma and how to access spiritual and emotional resources for healing. The presentation focused on the child soldiers in Uganda and the healing some of them have seen through this program, but Renee heard God saying, “In Ukraine people are suffering right now.” She received official training in how to use the program, and she began to pray for opportunities to implement what she had learned.

In 2015 a Ukrainian pastor told Renee, “We don’t know how to help the people coming back from the war.” Renee began to plan for how to use the program she’d learned about, and she bought a ticket to Ukraine.

“Within an hour of landing, I was unexpectedly presenting about this trauma healing program.” She planned to stay for two months. Instead, she stayed for seven years.

Ukrainian people have weathered many tragedies. In the past, they have been reluctant to embrace counseling, not understanding how it might benefit them. That began to change in 2014. Renee has been leading Ukrainian Christians in trauma healing and has taught them how to help others heal. She considers the program an important way Ukrainian churches can receive healing from their own traumatic experiences and offer that same healing to others.

Renee was on furlough in America this summer. She sees the atrocities happening in Ukraine and knows God will work through his people there. She sees ways that Ukrainian believers are poised to lead the church around the world because of their experiences in this war. She believes God will lead her back to Ukraine.

“God told me I won’t be a first responder but will go in when things are more settled,” she explains. “I’m waiting.”

Learn more about the Trauma Healing Institute at traumahealinginstitute.org.

Learn more about Renee’s work and Ripe for Harvest at ripeforharvest.org/renee-flory. 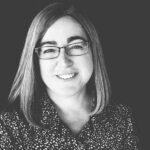 The Sons of Issachar, the Church at Sardis, and Our Leadership Teams