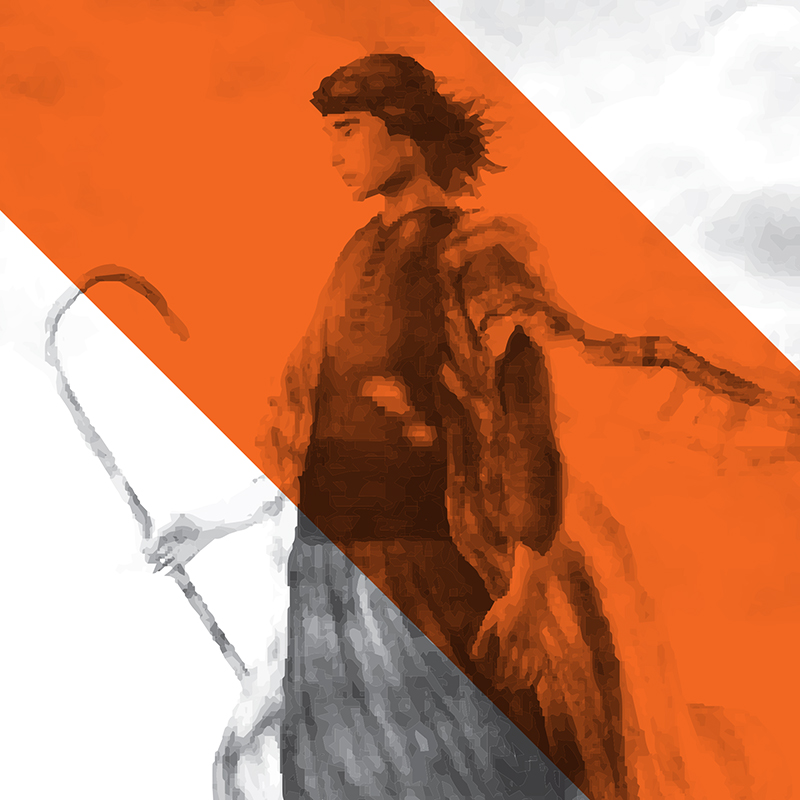 One of the contributing factors in maintaining ourselves as a nominally Christian nation is the presence of moral leadership in the White House. Some of our presidents have used their considerable influence to point us to the God of the Bible: George Washington, John Adams, Abraham Lincoln, Theodore Roosevelt, Ronald Reagan, and George W. Bush, to name just a few. Without question, we have been blessed as a people when our most prominent national leader has demonstrated godly convictions and character.

Joseph, whose biography is detailed in Genesis 37 to 50, was just such a dynamic and deep leader. His life story will cause you to shake your head in amazement time after time. Joseph was a survivor and he is a model. He was a survivor of abuse, betrayal, discouragement, temptation, and success. He is a model of God-honoring leadership whether at home or in a foreign culture, a model of forgiveness, a model of death with dignity, and a model of how to leave an honorable legacy. Joseph has been called the “Jesus of the Old Testament” because, in 14 chapters of Scripture, we do not find a single flaw in his character. Nothing negative is known about this profoundly influential leader. Even secular history records that when Joseph became prime minister at age 30, Egypt was a third-rate nation; but after an incredible 80 years of his leadership, Egypt was the dominant world power.

So, what was it that made Joseph such an exceptional leader? The answer is bound up in the character traits that marked his life from his teenage years. The blessings that flow from his example are fully transferable to anyone who aspires to lead a Christian community—whether small or large.

Discovering, embracing, and then imitating these attributes will result in the same kind of favor evident in the life, leadership, and legacy of Joseph.

“Joseph had a dream” (Genesis 37:5). And his dreams were prophetic. They are evidence that God was building into the circuitry of this young man’s heart a literal visualization of the possibilities into which he would enter as he moved through life. Though only 17, Joseph already had a sense of mission, a sense of destiny, a ministry call on his life. He was the personification of the purpose-driven life, propelled forward into a productive future by this God-honoring dream.

It amazes me Joseph could maintain his dream when his life was encumbered with so many potentially destructive influences. His father was morally passive and showed relational favoritism in the family with his wives and with his children. In addition, Joseph was reared in what might be considered a single-parent home—motherless from age 10, when Rachel died giving birth to his younger brother, Benjamin. His abusive older brothers hated him and would not speak a kind word to him. He grew up with three stepmothers in a household that surely had daily head-butting, constant infighting, and jockeying for position. But despite the damaging chemistry of his formative years, Joseph nurtured his dream that God was at work in him and would be at work through him in the lives of others.

I remember having a strong calling on my life at about the same age as Joseph. At 17, I dreamed of one day being both a preacher and a pastor. I wanted to be in the vanguard, holding up the Word of God, living and written, and rallying people around it. At the same time, I wanted to be in the rearguard, picking up people who had fallen, helping them get back on their feet, helping them get their heads on straight and their hearts right.

I wanted to marry a virtuous woman who would share my sense of calling; and together with my wife, I wanted to rear children who would know, love, and serve the Lord. And the things I dreamed of experiencing have been defining and animating my life for almost five decades now. When I turned 50, someone gave me a copy of Halftime by Bob Buford. That book impressed on me, a midlife leader, of my need to establish new dreams. So, I started a discipleship group for men, began taking an annual mission trip, assisted in the planting of a new church in California, and began mentoring younger church leaders.

Having a dream was the cornerstone of Joseph’s influential leadership. Do you have a dream about how God might use your yielded life? Do you need to pray for conviction about a dream? Don’t outlive your dreams.

Being Committed to God-Honoring Excellence

“The Lord was with Joseph . . . and . . . gave him success in everything he did” (Genesis 39:2, 3). As you study the life of Joseph, you quickly see that he was irrepressible. He always started at the bottom and rose to the top. He consistently surfaced as a difference maker. He started out as the youngest of the sons of Jacob and wound up being entrusted with the household chores that were typically assigned to the more responsible children. He started out as the lowest slave in Potiphar’s house and eventually became his master’s administrative assistant. “And the Lord blessed the household of the Egyptian because of Joseph” (Genesis 39:5). Later, Joseph was unjustly thrown into prison and advanced from being the lowest prisoner to becoming the trustee who checked on the welfare of the other prisoners. Joseph’s story in brief: His brothers put him in a pit, and it became a shortcut to the palace.

What was Joseph’s secret? His success was centered on three key ingredients: hard work, a commitment to excellence, and prayer. That’s not a secret; all people have access to this formula.

It is not self-help. It is not new age. It is not positive mental attitude. It is not aligning yourself with the universe or “naming it and claiming it.” It is taking hold of your situation, even when it is not presently what you want, and discharging it in such a way that honors God. It is opening your life to him in prayer and taking what you have to work with and doing it with excellence—being a good steward of your health, years, abilities, and opportunities.

Be assured, Joseph did not want to live in Egypt or be a slave in Potiphar’s house or be imprisoned. But he managed to thrive—despite being regularly victimized by injustice and having to adapt to a new language, customs, and culture—because of his faithfulness to pursue God-honoring excellence.

We live in a “whatever” generation where mediocrity is revered and excellence is undervalued. Some people even say excellence is overrated and authenticity is of greater value. Sorry, but I do not want a likeable, sincere, and genuine surgeon working on me unless he is also an excellent doctor.

Being Loyal to People

“So Potiphar left everything he had in Joseph’s care. . . . So the warden put Joseph in charge of all those held in the prison, and he was made responsible for all that was done there” (Genesis 39:6, 22). Joseph’s commitment to excellence is observable not only in his work but also in his relationships. He valued every person in his life. He had no disposable people in his world. He was loyal to his father when the rest of his brothers were selfishly exploiting the family agribusiness. But he was not disloyal to his brothers. They brutalized him and robbed him of his youth, selling him to a band of slave traders. He forgave them and wept loudly for the joy of reconciliation!

He was loyal to his employer. He was loyal to the warden and to his fellow prisoners. And even though his father was a polygamist and a poor role model as a dad, Joseph was married to just one woman and reared two sons, both of whom he gave God-honoring names. He believed that every person in his life was there by divine design. He tried to deal graciously with everyone. He was not dismissive. He did not burn his relationship bridges.

James 3:17 reveals one way you can know the Holy Spirit is active in your life is by an absence of alienation. If you are running your life with the wisdom that comes down from Heaven, you will be peace-loving, considerate, submissive, full of mercy, impartial, and sincere. These terms signify healthy interpersonal relationships. Spirit-filled people typically don’t have much drama and conflict with others.

In consideration of these things, do you need to send a letter or e-mail, make a phone call, or have a face-to-face? “If it is possible, as far as it depends on you, live at peace with everyone” (Romans 12:18).

“How could I do such a wicked thing and sin against God?” (Genesis 39:9). Joseph’s question is rhetorical. He was saying, “I cannot do this wicked thing [commit adultery with his master’s wife] and sin against God!” Even though his father, Jacob, was both a deceiver and morally passive, Joseph did not allow his father’s lack of a moral compass to become a pass for him to live the same way. Joseph ordered his life according to God’s best. He did not try to “get by” with things; he sought the heart of God in his personal life and faith. His integrity was tested exactly as we are tested—with money and sex. Potiphar trusted him with his wealth and his wife. And Joseph did not betray that trust despite the false charge of sexual aggression brought against him by Mrs. Pot-of-Fire. Joseph was trustworthy, and trustworthiness is the essence of leadership capital.

Joseph’s integrity was not for sale at any price. Although Potiphar’s wife was surely a stunning Egyptian beauty who did not imagine her advances would be rejected, Joseph first refused, then resisted, and finally ran from her presence (a good formula for handling attempted seduction).

Integrity comes from the word integrate, which means to become one, united, whole. Perhaps our most critical decision, when we stand at the moral crossroads of temptation, is whether we will be one person living in one body or whether, instead, we will compartmentalize our morality and become a spiritual schizophrenic. Integrity is the bedrock of moral authority, which is our greatest authority in the home, church, community, and workplace.

Being a person of integrity means you are the same person in the sunlight as in the shadows, in the family room as in a motel room, in the home fellowship group as on the golf course.

As you assess your leadership today, what is your dream? Are you committed to God-honoring excellence? Are you loyal to the people in your life? Are you living a life without secrets? None of us can achieve the character to be profoundly influential spiritual leaders on our own. It is the righteousness of Jesus Christ, appropriated to us by faith in him, that makes us truly good and godly.

Ken Idleman served as the fourth president of Ozark Christian College, Joplin, Missouri, was senior pastor for 10 years at Crossroads Christian Church, a megachurch in Newburgh, Indiana, and is presently mentoring pastors as vice president of leadership development with The Solomon Foundation.