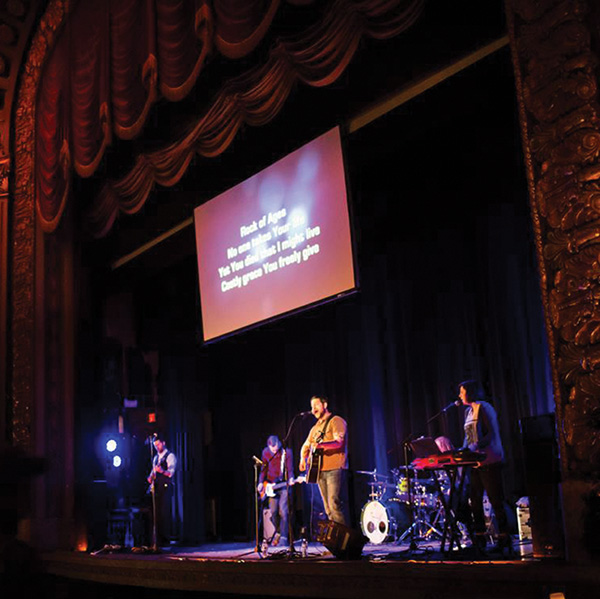 Area 10 Faith Community was established in the fall of 2008 in Richmond, Virginia—a city incorporated in 1742. (The church takes its name from the designation local Realtors have for downtown Richmond.)

Not surprisingly, in a city nearly 300 years old, there is no vacant land available for new churches to buy. Since its inception, Area 10 has met for Sunday worship at The Byrd Theater, a historic, 1,300-seat movie cinema. The Byrd is a local landmark, but it lacks space for children’s ministry and other church needs like offices.

Last year when the lot next door to Cartwheels and Coffee—an abandoned gas station—became available, Area 10 purchased that site as well. With the addition of the new property—dubbed “The Station”—Area 10 has usage plans for almost an entire city block.

Area 10 lead pastor Chris Barras said The Station will be used primarily for nonchurch needs and programs. When redevelopment of the site is completed, the parking area will double as an urban courtyard. In Barras’s estimation, the property will be used for offices, community gatherings, possibly even retail “for 164 hours a week,” and will be used by Area 10 the remaining 4 hours during Sunday morning worship.

Barras said Area 10 seeks to be “not just the best church in the city, but the best church for the city.” The church’s newest property is only a half-acre, but in downtown Richmond, Barras said, “that’s massive.” Together with its worship services at The Byrd, its community outreach through Cartwheels and Coffee, and the opportunities created by The Station, Area 10 Faith Community is prepared to make a massive impact.