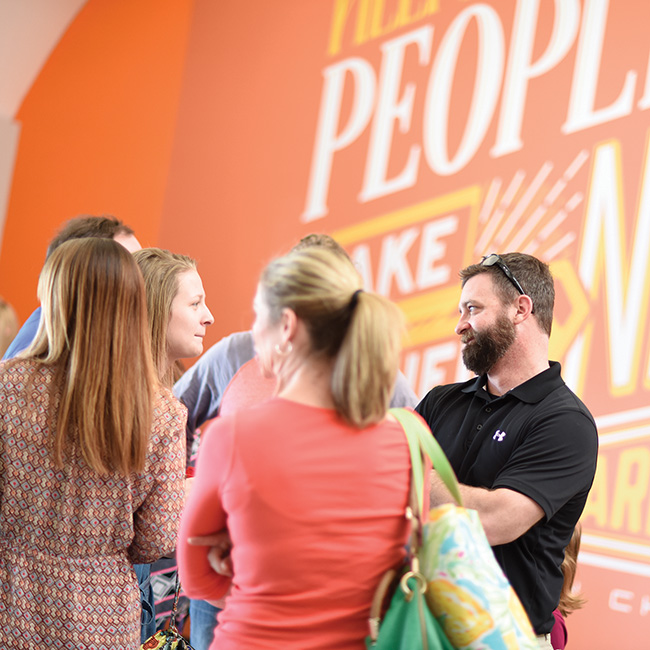 For many years, Journey Christian Church met for worship in a traditional brick building with pews and a steeple. Today the congregation worships in the media room of a local high school. But Journey Christian Church isn’t dying. Journey didn’t lose its building. The congregation willingly sold its seven-acre campus so it could spend more on “ministry and mission” and less on “mortgage and maintenance.”

When senior pastor Dan Garrett arrived at Journey (then First Christian Church of Roswell) in 2011, the congregation was averaging around 150 in attendance. Though Roswell has one of the highest per-capita incomes in the state of Georgia, Garrett discovered his congregation was not wealthy. In fact, the church was struggling to manage the $2.5 million debt on its building and was unable to hire new staff or expand its ministry programs.

Eventually, the church realized it couldn’t fulfill its mission because of the expenses related to the building. Half of the church’s budget was committed to the mortgage payment and building maintenance!

Once the congregation decided to sell, church members became excited about future ministry possibilities. Garrett remembers it as a joyful time as Journey prepared to move out of its building. He said, “It doesn’t negate the past to say that what used to work isn’t working now.”

Journey received more than $1 million in proceeds from the sale, and the church has been tithing that income, giving one-third to global causes, one-third to regional causes, and one-third to local causes.

Now, Journey Christian Church, at age 65, is meeting in a temporary facility, setting up and tearing down each week as if it were a church plant. But instead of struggling to grow, Journey is making an impact in the community and is searching for new staff to hire.

Journey doesn’t plan to be a “portable church” forever. Garrett said the church is already looking for another building where it can do 24/7 ministry—ideally, a warehouse, office, or retail space that can be renovated and tailored to meet the church’s needs.

In the meantime, Garrett is enjoying the spirit of freedom that Journey Christian Church has discovered through the process.

“We are the church, and wherever we meet, God’s going to be there.”