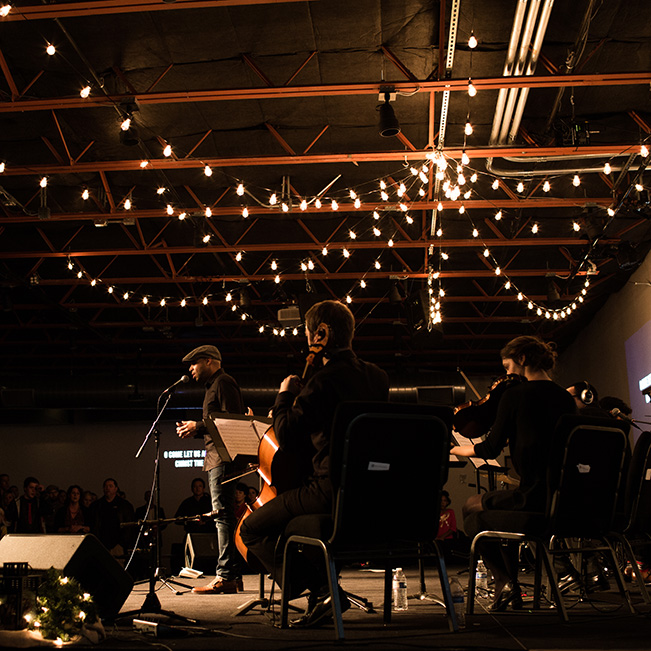 Downtown Phoenix, Arizona, is home to a burgeoning art scene. In the center of it all—on Central Avenue, in fact—is New City Church.

Lead pastor Brian Kruckenberg describes New City as “a church in the middle of the city, for the city.” In Phoenix, being “for the city” means reaching the local artists’ community.

New City’s first building was a house that doubled as an art gallery. New City Church worshipped in the house on Sundays, but it was also used by local artists who stored supplies on site and even taught classes in the building. Kruckenberg said using the house as a gallery allowed New City Church to interact with the city by participating in what the city was doing.

Today, New City Church meets in a refurbished midcentury building that previously served as a grocery store, hardware store, and government agency office. The church uses the facility for ministry programs four days a week, and it is also open to a variety of “outside groups,” especially artists. The building lobby serves as an art gallery twice a month.

“How we use the building and how we interact with the arts has given us opportunities we wouldn’t have had otherwise,” Kruckenberg said.

Conversely, being embedded in the art scene has also presented challenges. Kruckenberg acknowledged it has been difficult to be an urban church that preaches the Word of God, particularly on today’s hot-button issues like marriage. But the challenges—even outright hostility from some in the community—have taught him to be “uncompromising without being stubborn.”

Finally, Kruckenberg said, New City’s facility is itself a kind of artwork. It’s not perfect, but like the people of New City Church, it is being restored, and its original intended beauty is being revealed.

“The building really reflects who we are as a church.”