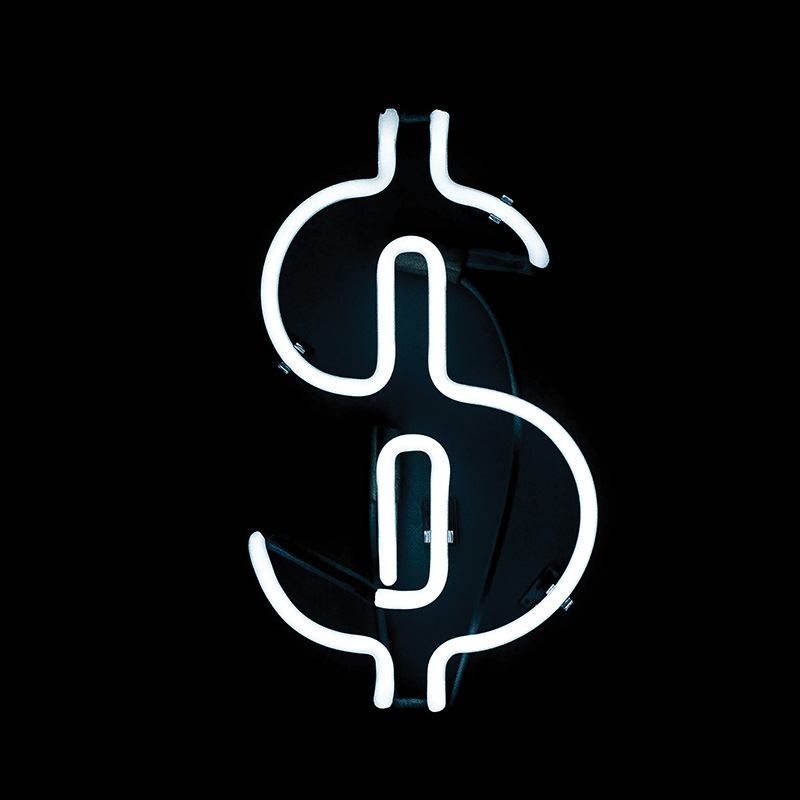 With his transmission, “Houston, we’ve had a problem,” astronaut Jack Swigert rather understatedly signaled to Mission Control on April 14, 1970, that there was an emergency. An explosion onboard the Apollo 13 spacecraft threatened the lives of three astronauts and NASA’s mission to the moon.

We must declare that we also have a real problem. A serious one. It involves something that affects all of us—money.

Money impacts every person every day, from putting gas in the car to food on the table. Many people struggle with money-related issues. Bills can’t be paid. Budgets go unfunded. People go without essentials.

An explosion caused the Apollo 13 crisis, and an explosion of debt has caused our nation’s financial crisis. From student loans to consumer loans, this debt explosion has engulfed us. Massive debt triggered the Great Recession of 2007–09, and rather than learn valuable lessons from that painful season of life, Americans now carry even more debt. Record numbers of older Americans are retiring in the red.

America is the No. 1 debtor nation in the world. The federal debt exceeds $20 trillion. Do you remember when our national debt hit $1 trillion in 1981? It has continued to escalate rapidly throughout our lifetimes. Cities are filing bankruptcy because of their debt load. Churches and Christians alike struggle financially because of debt. Clearly, we can say, “America, we have a problem.”

Problems call for solutions, and struggling Americans have tried a number of approaches.

Some individuals consolidate their consumer debt into one large loan. Others try to increase their income via a better-paying job or additional job, so they can pay down debt. Some talk with credit counselors, while others seek legal relief from debt. Some people read money management books. There’s one solution, though, that’s a real life-changer. The apostle Paul offered this solution when he said, “I’ve learned to be content.”

As elders, are we content? We must be able to teach (1 Timothy 3:2), and teaching by example is one of the most effective methods (1 Corinthians 11:1). What kind of financial lessons can people learn as they watch us? What example are we setting for those in our congregations when it comes to the way we manage our money, particularly debt?

God wants us to control this aspect of our lives. The Bible mentions money and what it can buy more than 2,000 times, while several of Jesus’ parables address the same topic. When Scripture addresses a topic so thoroughly, it is important to pay attention. It’s imperative to teach people about God-honoring personal finances. We teach and preach about marriage and family, so why not money and finances? Money may seem to be a more combustible topic, but if we fail to teach about it, an explosion of debt can destroy a marriage, a family—and even a congregation.

While in prison, Paul wrote that he had “learned to be content whatever the circumstances . . . whether living in plenty or in want” (Philippians 4:11, 12). Paul had little, but he had more than enough. He wasn’t born content. Paul learned to be content, just as he learned to walk and talk, read and write. Paul learned the attitude and behavior of contentment. He “learned the secret of being content,” which means he was “initiated.” Paul experienced a rare initiation into this way of living. Since it happened to him, it can happen to us. We can—and must—learn to be content with what we have, and then teach that same attitude and behavior to others.

We live in the land of more: more fortune and fame, more power and pleasure. We worship at the shrine of more. Americans are consumed with consumption. For many people, more is never enough. Jesus came to set us free, and yet we shackle ourselves with the bondage of debt. When we learn to be content with what we have, we will begin to live within our means.

Living with Less in the Land of More

How do we learn to be content with what we have and teach others to be the same?

Try . . . Thinking Thankfully. Paul urged believers to pray and give thanks (Philippians 4:6) and to think about everything that is good and right in life (Philippians 4:8). The Greek word for “think” is logidzamai, from which we derive the mathematical word logarithm, something that requires deep thinking. This word, logidzamai, is a present tense imperative, meaning Paul commanded Christians to think continually about that which is true, noble, right, excellent, etc. Too often, we accumulate more because we do not appreciate what we already have, and what we already have is more than enough. To become content with what we have, Paul commands us to think about that which is good and right in life, while being authentically grateful for that which we have.

I practice the spiritual discipline of journaling. I begin my morning devotions by writing in my prayer journal about the specific ways I saw “the goodness of the Lord in the land of the living” (Psalm 27:13) on the previous day. When I review past entries, I think about all that is good and right in my life, and I am moved to give thanks.

Try . . . Teaching Tactfully. Regretfully, church leaders shy away from teaching about personal finances because they don’t want to be criticized for talking about money all the time. If we truly care about people, we will teach about money and the things money can buy. We should be concerned about the fiscal health of people, while caring for their physical, emotional, and spiritual well-being.

Consider offering Dave Ramsey’s Financial Peace University several times a year. Moreover, preach annually about personal finances. Identify the best time of the year to teach a four-week series on money. During those four weeks, have small groups and Sunday school classes study financial material that amplify the weekend messages. When you teach about personal finances every year, healing will occur. People will learn to live within their means. Debt will be repaid more quickly. Giving will begin to increase.

We at e2 have helped congregations create a four-week financial series using my book, Too Much: Living with Less in the Land of More. The series includes messages, small group lessons, and more (available at www.e2elders.org).

As elders, we are expected to teach the congregations we serve, and one of the most powerful lessons we can share is a consistent example of genuine contentment.

Gary Johnson serves as an elder/senior minister at Indian Creek Christian Church (The Creek) in Indianapolis, Indiana, and is a cofounder of e2: effective elders (e2elders.org). Gary offers resources and coaching as he works with elders to lead with greater focus and confidence.