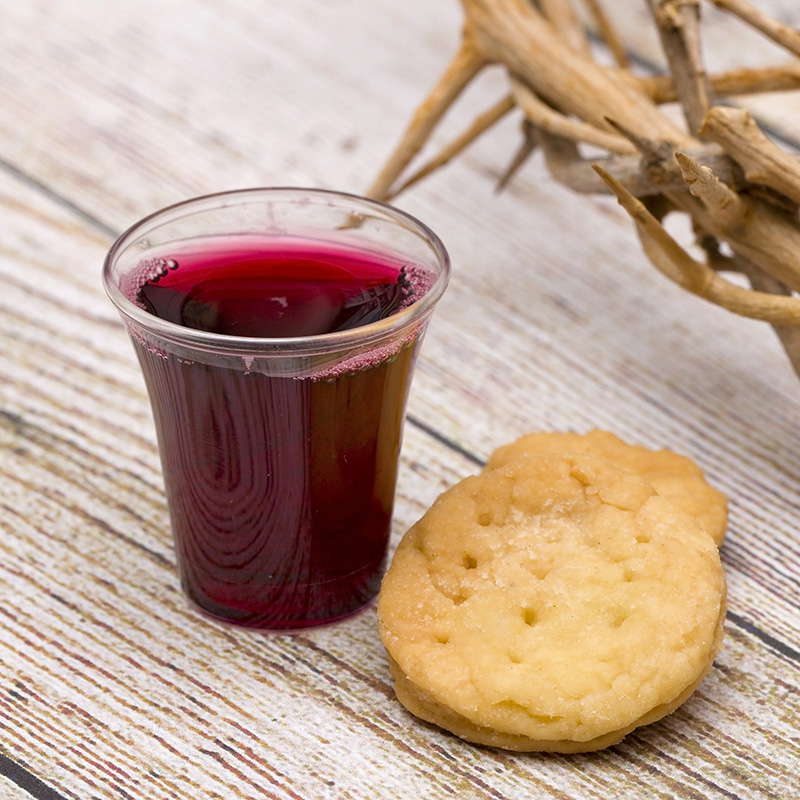 Though John’s Gospel account may emphasize the deity of Christ, it gives full attention to his humanity. Incarnation! The eternal, the nonmaterial, became flesh and blood. Here, we celebrate that fact.

Jesus was fully human. He grew from infant in Bethlehem to toddler in Nazareth to a boy of age at the temple to a man . . . at the cross.

As a human, he got tired . . . and sat at a well in Samaria. He got so tired he could sleep through a thunderous, raging storm on the Sea of Galilee. As a human, he became sad . . . and cried real tears—in Bethany at a burial cave holding his friend Lazarus, and on the Mount of Olives, overlooking the city that was his own and which had rejected him. (He knew its disastrous future!) As a human, he ate . . . at a Pharisee’s home, at the home of friends, by the sea—fish of his own frying.

His human body got its life from blood, as do all of us. When Roman soldiers forced a thorn-woven crown onto his head, blood ran through his hair and down his face and neck. When another dutiful Roman shoved a spear into his cross-bound body, real blood gushed out.

Jesus was fully human . . . flesh and blood. Here, at his table, we celebrate that fact . . . with sadness—because he died—and with joy . . . because he died for us. These elements of which we partake, the bread and the cup, testify to his full humanity, a picture of his flesh and blood, that truth. He became one of us so that we might become one with him. Oh, the joy of sharing with him!

Ron Davis loves “standing at the cross” reverently and thankfully each week at the Lord’s table of grace and sensing God’s love.