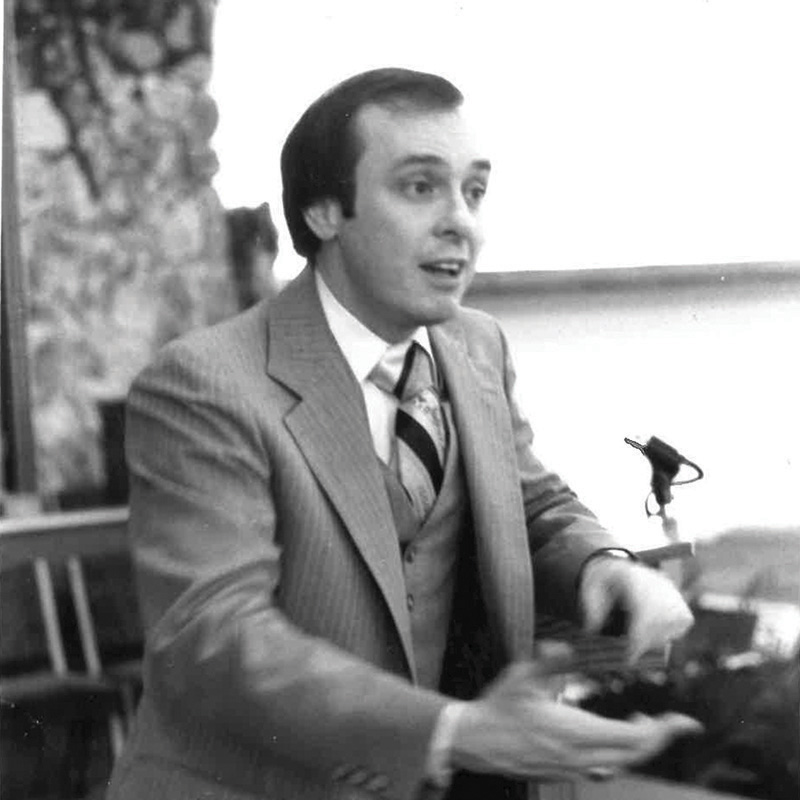 Who would have thought 50 years would pass by so quickly?

I was born in Liverpool, England, and came to West Los Angeles, California, with my parents and sister by ship and train when I was 5 years old. I did not grow up in the church, I’m sorry to say. I started attending the small Cardiff Avenue Christian Church in West Los Angeles during my junior year of high school. My friend Buckley Simmons invited me. Jim Irby was the part-time youth minister—he was terrific. Harry Bucalstein, the pastor, suggested I go to Pacific Christian College (which became Hope International University).

I got a job at McDonald’s, and when Jim left, I worked part-time with the church youth group. I then went to Compton Christian Church (closer to my college) and then Garden Grove Christian Church. To my surprise, each of the youth groups grew from about a dozen to several dozen students.

When I graduated from college in 1971, Ben Merold hired me as a part-time youth minister at Eastside Christian Church in Fullerton, California, then averaging about 200 people. After a year, I became full-time youth minister. I would spend the next 22 years there. The youth group went from 11 students at our first meeting to more than 500.

The largest attendance for our midweek Bible study was 619 (I wasn’t even there that day—I was speaking out of town—and Roger Worsham ran the meeting; a guest speaker talked about rock music). Dozens of those students went into some type of Christian work.

I have spent the last 24 years teaching youth ministry to students at William Jessup University in Rocklin, California, and around the world.

Over my years involved in youth ministry, I’ve learned many valuable lessons. Here are five that stand out most to me today.

I learned early on that I could not do youth ministry alone, especially as a youth group was growing. I involved dozens of volunteer youth workers (college students, parents of kids, adults in the church, and senior citizens). College students, of course, bring youthfulness. Parents have a vested interest in what is happening. Adults are looking for purpose in life. Senior citizens have gained wisdom through a lifetime of experiences. Working with youth, I learned, is a matter of attitude and not age. A person cannot do everything, I came to understand, so one must concentrate on one’s area of giftedness and allow others to lead in other areas.

I learned the value of having a leadership team of well-respected adults in the church who had different skill sets from mine. This leadership team never met formally as a group, nor were they directly involved in the youth group. I thought of them as my bionic committee—each person had their own strengths and giftedness. I would bounce ideas off of them in their homes or over a meal. They all were highly respected leaders in the church. They were able to usher things through the church board. We asked each other lots of questions.

I learned to give our students leadership positions in the youth group to help them discover their giftedness. It also served to convince them it was their youth group and not mine. I learned to teach the students to read the Bible on their own. Many of them learned skills they later used in their careers.

I went back to Eastside to honor Ben Merold one Saturday last year. One of the attendees was a terrific kid from my early youth group. He is now chairman of the board of elders at Eastside! You never know where God will take these students, so my motto has always been to treat all students with the greatest respect.

I learned the value of having a great senior pastor who allowed me to try new and unconventional ideas in a youth group. Looking back, he must have gotten a lot of questions from concerned churchgoers, but he stood by me. I’m sure he wasn’t a fan of the loud music coming out of the youth room. He probably wasn’t happy to hear that a student once got into a large dryer at a laundromat (on my watch, but not on my recommendation). He still talks about the time he bailed me out of jail (though my version of the story is quite different).

The first lesson—and my favorite—involves Disneyland, which Walt Disney first envisioned in 1953 and that opened in July 1955. When I was a child, my family lived only 30 minutes from Disneyland, and my parents took us that first year. We had so much fun.

I’ll focus on just two qualities I see in Disney. First, Disney had a vision. Similarly, great youth ministries are built by people who have a vision from God that enables them to look beyond what is and see what can be. I always tried to envision what students could become not in the distant future but in the now. I have a huge heart for teens and try to see the giftedness God has given each one.

It’s so important for youth ministry workers to be there to meet and greet students and parents when they arrive and when they leave. (Read more about the guidelines Disney gives every new cast member during their training; go to disneyatwork.com and search “Disney’s Four Keys to a Great Guest Experience.”)

The other two companies I’ve learned lessons from are In-N-Out Burger and Chick-fil-A. Two lessons that stand out at In-N-Out Burger involve that restaurant chain’s simple menu and quality ingredients: (1) Keep it simple and (2) offer customers the best! Chick-fil-A, meanwhile, is best-known for its hospitality; if you say, “thank you,” their employees always say, “my pleasure.” Youth groups should be hospitable.

I have spoken in a dozen countries and in every state but Alaska. Most people don’t know that I’m an introvert. My dad and granddad worked in the movie industry. When I was 7, I interviewed for a role in a TV series. I entered a darkened room and bright lights shined down on me. I didn’t say a single word. Needless to say, I did not get the job.

I am happy to say my public speaking skills improved. In college, and later in life, I learned to practice my messages in front of trusted friends before delivering them to my students. The suggestions were invaluable. With time, speaking became fun. I remember my parents almost fell off their chairs the first time they heard me preach.

The messages that are best remembered, I’ve learned, are those that are brief, with one main point, from one passage of Scripture, with at least one story. Some examples of brief messages from history that changed the world include:

Why do you think TED talks are so popular? They are brief! I have heard some pastors and youth ministers speak for what seems like forever. Yikes!

I learned the value of taking students camping. Angeles Crest Christian Camp was one of my favorite places to get in touch with God’s creation and in tune with nature. It was also small enough that the campers could get to know each other. Living with students for a week helps you get beyond surface-level conversations. Many lifelong decisions were made there.

I learned to involve students in service projects in our community. We quite often would learn of a need and come alongside it and meet it.

We also enjoyed mission trips, such as building homes in Tijuana through Amor Ministries.

I learned to keep physically fit. I was involved in wrestling and gymnastics in high school. I’ve had a gym membership for as long as I can remember. I never liked running when I was young. When I did run, it was not a pretty sight. But, I started working out in the gym of William Jessup University and the track team was there each morning before classes began. Two of the athletes were youth ministry majors. They encouraged me to run. It took a few months, but I got better!

In my first competitive race through downtown Sacramento—with 20,000 other runners—I finished in the middle of my age group. I was so thrilled. I could do this! I am still running (just 5-kilometer and 10-kilometer races), and occasionally I finish in the top three in my age division (there aren’t many runners in my age bracket).

I learned to invest in my own family. When I write an article or a book, I keep pen and paper next to the bed. Last night I awoke briefly and wrote “fame is addictive.” In the morning, I looked at the pad and couldn’t remember what I’d been thinking. But as I looked at those words, I realized it was true: traveling and speaking all over the United States and in several foreign countries had become addictive.

I had a good relationship with my two sons when they were young, and I took them with me on a few speaking engagements as they grew older. Now they are both grown and married, and I am very proud of both of them and their families. But, looking back, I wish I had not missed so many of my boys’ soccer, baseball, and football games. But we did have a blast driving a gasoline-powered Pepsi-Cola go-cart originally given to the youth department. (The church gave it to my family when we learned the church’s insurance policy didn’t cover it. Yahoo!)

I learned to love my wife, Gretchen. I married a person who had been in my youth group. We had some rocky years early on, but things improved later in life. When I was gone traveling, she held the family together . . . and for a time became the assistant coach of the boys’ soccer team. For another period of time, I stopped speaking and traveling to spend more time with her and the boys. She’s a therapist and does a terrific job at it. I am so proud of her.

Finally and most important, I learned to rely on God, recognizing that this was always his youth ministry, not mine. My job was simply to hold on tightly to the coattails of God as he held onto me. It has been quite an adventure,  and even though I “semiretired” in 2017, the ride is not finished yet!

Les and Gretchen Christie are living in Pismo Beach, California.