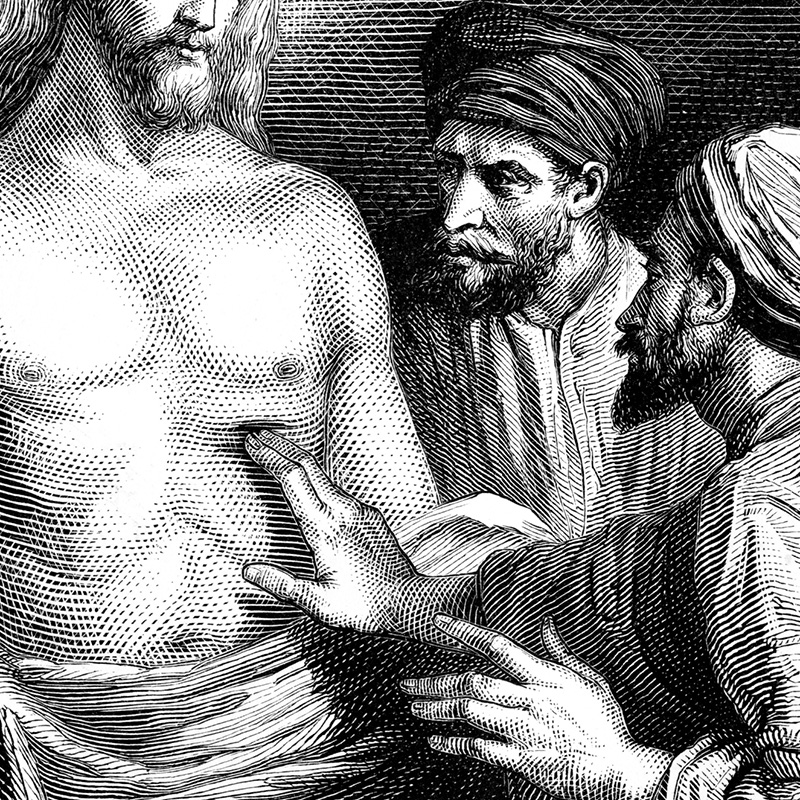 Sometimes people talk about the “broken body” of our Savior, Jesus Christ. As horrible as what Jesus went through, to say his body was “broken” is incorrect when taken literally. The Bible describes specifically what happened shortly after Jesus died:

Because the Jewish leaders did not want the bodies left on the crosses during the Sabbath, they asked Pilate to have the legs broken and the bodies taken down. The soldiers therefore came and broke the legs of the first man who had been crucified with Jesus, and then those of the other. But when they came to Jesus and found that he was already dead, they did not break his legs. Instead, one of the soldiers pierced Jesus’ side with a spear, bringing a sudden flow of blood and water. . . . These things happened so that the scripture would be fulfilled: “Not one of his bones will be broken,” and, as another scripture says. “They will look on the one they have pierced” (John 19:31-37).

From these words, we learn something about Jesus and ourselves. We learn Jesus’ bones weren’t “broken.” In reality, we are the broken ones, which is why Jesus went to the cross for us. God gave his one and only Son so that we, a broken people, can be restored to our heavenly Father.

We are often broken in spirit by sin and temptation. We can be broken by the unkind words of others. We see families torn apart by divorce, addictions, abuse, neglect, family dysfunction, depression, anxiety, and many more problems. And the answer to all of these broken things can be found in the unbreakable body of Christ on the cross.

Our sinful nature should put each of us on a cross. Our brokenness should separate us from a holy God, but instead he picks us up and makes us whole with his love. I sometimes wonder whether brokenness is the beginning of something, rather than the end. Allow Jesus to use his unbroken body to heal and restore your brokenness. That is what the cross is all about.

Beau Bruton enjoys serving with Cave City (Kentucky) Christian Church. He has been happily married for 17 years and has one daughter.