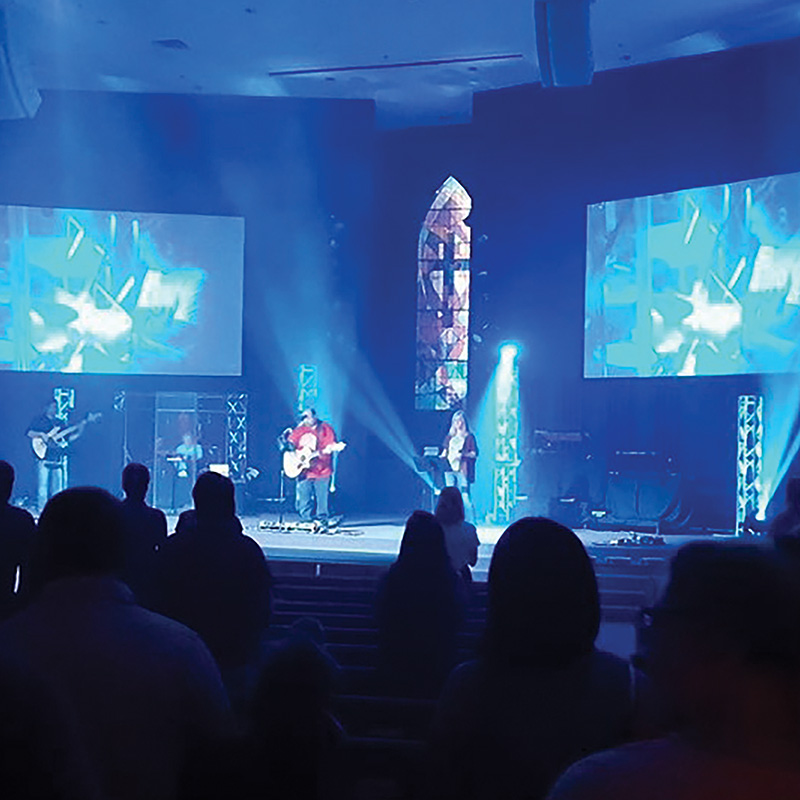 Christ’s Church in Fort Wayne, Indiana, is a congregation built on rebirth.

“Our motto is, ‘It’s OK not to be OK,’” said Jason Kemerly, lead pastor. “Jesus comes to all who are broken and weary, and we’re all broken. But we tell people Jesus doesn’t want you to stay that way. He wants you to find healing and hope.”

Every week, Kemerly and his ministry team challenge people to take the next step in their faith. For many, that next step is baptism. Christ’s Church has seen 40 to 45 baptisms per year during the last four years. In a church of nearly 250 people, that is a high percentage of spiritual rebirth!

This growth in new believers results from the church recognizing they needed their own rebirth to reach a changing community.

When Kemerly moved from being the worship/outreach pastor to leading Christ’s Church in 2016, the congregation was struggling. Attendance had reached 700 people in 2008, yet the church dwindled to 160 people by 2016. Those who remained didn’t want to let the church die. Kemerly said they prayed, “God, do not let the light go out here. How do we draw people not just to church but to repentance and hope in Jesus?”

Demographics in the city had shifted, so the church needed to shift too.

Rather than simply “doing something we like or think is best and missing the boat,” Kemerly said, “we asked, What is needed here in this community, right now?”

The people of Christ’s Church were willing to make radical changes in order to serve the people now living in Fort Wayne. After all, with the way things were going, what did they have to lose?

So, Christ’s Church went through a rebirth in 2016. They shifted music styles, their online presence, the look of the building, and more. They began partnering with a local elementary school, a lower-income housing complex, and a drug rehabilitation facility. They started a preschool to provide a quality, cost-effective, early learning option for neighboring families.

“We’re all family here,” Kemerly tells everyone who comes through the doors. “While [we] may look different than the person next to us, we all have a seat at the family table.” He also points out, “If you come in to our café, instead of multiple tables, we have this one huge table and all different chairs surrounding it.”

The family atmosphere includes many humble servants. Kemerly said 110 of the 250 people who attend Christ’s Church—almost half the congregation—serve the church in some way each week. Most serve at least two or more hours per week. From seniors to teens, all ages of this church family are involved.

“They want to put others first,” Kemerly said. “They want to be people who shine the light and are truly servants. We always say, ‘The best is yet to come!’”

Kelly Carr, former editor of The Lookout, enjoys sharing and shaping people’s stories as a writing and editing consultant in Cincinnati, Ohio (EditorOfLife.com).