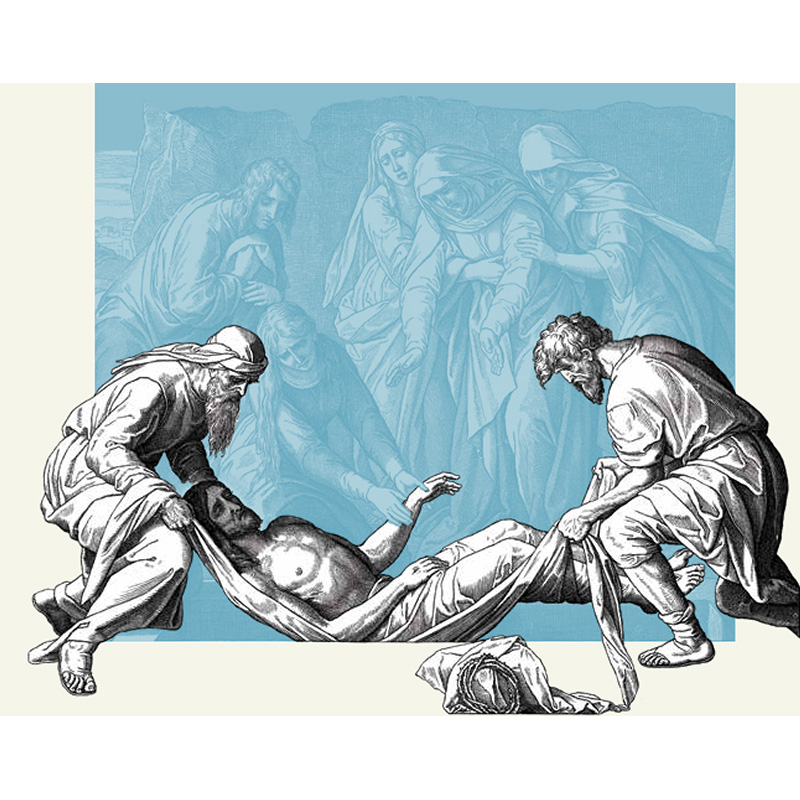 Hi, my name is Joseph, but you can call me Joe. Just to clarify, there are a lot of Joes where I come from. Surely, you’ve heard of Joseph the carpenter, the stepfather of Jesus. A lesser-known Joseph traveled with the apostle Paul on his great adventures. This Joseph is mentioned several times by my friend, the physician and historian named Luke. But Luke called him by his nickname, Barnabas.

I am but one of many Joes where I come from because one of the patriarchs of my people (and my namesake) was Joseph, the son of Jacob. You might recall from the first book of the Torah that he saved our nation from starvation. I would like to think that I have a bit of his character in me. I too am a man of integrity and no slight notoriety in my own way.

Though I can’t claim to have saved my nation, I can claim to have served her. I am a Jew and proud to be. Currently, I live in Jerusalem, the capital city. However, I hail from a small town in the hills. You’ve probably never heard of it, but the locals call it Arimathea.

I excelled in my early rabbinic training, so much so that my parents moved me to Jerusalem during my puberty to study with the greats. Though the competition was far more robust in Jerusalem than Arimathea, I still excelled among my peers.

Not only did I attain the elite status of a Jerusalem rabbi, I was awarded the distinction of being elected to the highest court of our people during my golden years. You probably know this body by the name Sanhedrin. Now, I don’t want to seem prideful, but even the Gospel writer Mark identified me as a “prominent member” (Mark 15:43). Like Mark and the other so-called Christians, I had long hoped and prayed for the coming of the kingdom of God.

In fact, that’s what caught my attention about Jesus of Nazareth. Most in my circle wrote him off because he was from the sticks. Though Arimathea is no Jerusalem, it was certainly more urban than Nazareth! Nonetheless, I shared Jesus’ biography of a small-towner making a splash in a big city. Perhaps that’s why I listened more carefully than my colleagues. Through his preaching, I could see the fulfillment of ancient Scriptures. It wasn’t merely his miracles or his impeccable morality. It was the clarity of his vision of God’s purpose and plan. Jesus didn’t just catch my attention; he earned my loyalty.

My Relationship with Our Messiah

I too became his disciple. Trust me, I had studied under the best. Yet none of the elite scholars of Israel came close to the vision, perception, clarity, inspiration, and overpowering purpose of this peasant from Nazareth. Not everyone knew I was so devoted. I wasn’t a coward, but I was cautious. I was in a unique position to pave the way for Jesus’ recognition at the highest levels of our government. So, pardon me if I take umbrage at the Gospel writer John for insinuating I was a coward because I was only a disciple secretly (John 19:38). He had the luxury of going public. I did not—at least not without losing my position of prominence which could have afforded protection for Jesus’ followers.

In fact, it was I who buried Jesus in my own brand-new tomb and at my own expense. It was I who took the risk of going to Pilate and asking for the body to be buried properly according to our customs. You must understand, Pilate was a known anti-Semite. His own career was jeopardized by his prejudice and pride, especially when his mentor, Sejanus, was caught plotting a coup against the emperor. The fact that he flaunted our high priest, the fact that he mocked our traditions, and the fact that he illegally executed an innocent man accentuates the risk I was willing to take even after our Messiah had been murdered.

It wasn’t merely that I cared for Jesus at great cost. I honored him by placing this stranger in an unused tomb. That may not mean much to you, but in my culture that is a big deal. Furthermore, I went out and purchased new linen wrappings (Mark 15:46) to make sure he was properly cared for. Added to that, we put some 75 pounds of spices on his body. I assure you, the meager ointment of those women who follow him couldn’t come close to the lavish respect I paid to Jesus. Lest you doubt me, feel free to fact-check this entire scenario with my colleague, Nicodemus.

As a final precaution, we rolled a large stone against the mouth of the tomb, designed to settle into a V-shaped groove in front of it, thus ensuring his body would not be molested by man or beast.

I saw the women watching out of the corner of my eye. Both were named Mary and one of them, so I’m told, had a son who shared my name, Joseph. I can tell they were perturbed even though they never spoke. How could they know the risk I was taking for the One they claimed to love more than I? I can tell you this, these women and I had one thing in common. We both kept our eye on the tomb.

It was the third day, Sunday morning, when I heard the stirrings among the Sanhedrin. A rumor was swirling that the tomb was empty. As the owner of the tomb and the architect of the burial, I can assure you unequivocally that this rumor was true. I observed with my own eyes that the Roman guard placed at the tomb was gone, the stone was rolled away, and the linen wrappings were neatly folded where I had laid his body with my own hands. I cannot tell you how it took place, for I was not there. The only ones there were the soldiers, who spread some ridiculous deception that the disciples stole the body. No one ever believed this obvious lie. I take pride in the fact that I offered a better burial than any of his followers could ever have hoped. There is no way they would tarnish the honor I bestowed on their Master.

It has been years since those events transpired. I have aged, and not well. As I lay here on my deathbed, I give you this singular confession: I am a disciple. Though no one knows, and though I have never thrown in my lot with these ragamuffin Galileans, I do believe in Jesus as the Messiah of our people.

If I could go back and do it all over again, I would abandon my prestigious position so I could publicly identify with Jesus as Lord. My great fear is that the annals of history will remember me only as his undertaker and not as his promoter. He deserved better.

* This article, based on biblical events, employs some creative storytelling that includes fictionalized description.

Mark E. Moore serves as teaching pastor at Christ’s Church of the Valley in Peoria, Arizona, and is author of Core52: A Fifteen-Minute Daily Guide to Build Your Bible IQ in a Year.