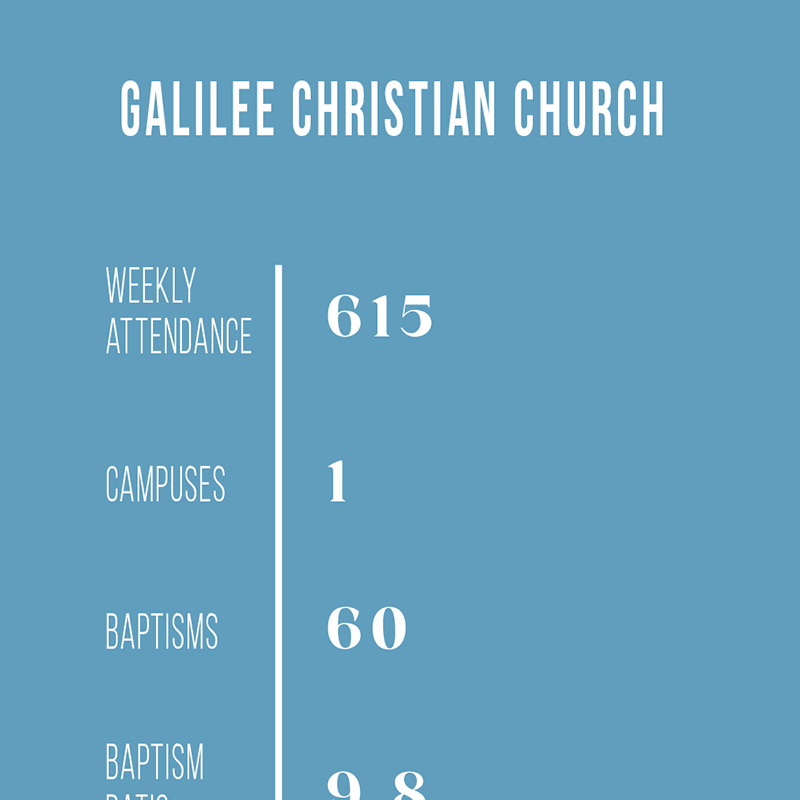 We Wanted to Make More Disciples, So We Planned on It

In late 2018, Galilee Christian Church in Jefferson, Georgia, decided we would focus on making disciples in 2019. Those of us who have served in ministry for any amount of time know this can be a challenge; it’s easy to have our focus pulled in a hundred directions. So we took some very specific steps to see our goal come to fruition.

We communicated and prayed. As we were heading into 2019, we spent many hours talking about what we wanted to do in 2019. We made a concerted effort to cast vision and move beyond the status quo. We asked for everyone to pray that our church would make more disciples than ever before in 2019, what we began calling “The Year of the Disciple.” We took a similar approach to the “Who’s Your One?” which is popular in many churches. (It’s something I first heard about from Bo Chancey.) We put our own “Galilee spin” on it and simply called it, “Reach One” (#reachone). Every member of our church would make a concerted effort to bring one person to Christ in 2019.

We then set the scary goals. We explained that each week we would track three things: the number of “shares,” “discipling effort,” and those individuals who gave their life to Jesus in baptism. A share was simply sharing the gospel with someone during the week. We emphasized that not everyone decides to follow Jesus the first time you speak with them about the Lord. So, in most situations, a discipling effort was going to be an ongoing conversation. Then of course, every time someone did come to Jesus, we tracked it.

This was scary to me as a church leader. Would I be embarrassed every week when no one shared or engaged in a discipling effort . . . and the baptistry waters went unstirred? I decided if I couldn’t have big faith and overcome my own fear of embarrassment, how could I expect anyone else to?

We made it tangible. It is challenging for a church to maintain focus on a central theme or idea for an entire year. All churches and their human leaders are busy and can become easily distracted.

The most effective thing we did was also the most “outside the box.” We put a giant “Reach One” board on our stage for most of the year. It was unavoidable and inescapable. Each week we tracked the shares, discipling effort, and baptisms via our “Connect Card.” Then during the week, we would light the individual lights that corresponded to those three areas of focus. A white light means a share, a yellow light means walking with someone in a discipling effort, and a green light means a baptism. So, every week this yearlong focus was front and center. Now came the nerve-racking part: Would these lights be lit? Or would our congregation be staring at a dark board week after week? I was extremely anxious as we cast vision, prayed, and waited after that first week of the new year.

How did it go? We were blown away! Our church got busy making disciples. Every week there were 20 or 30 shares and 10 to 15 people discipling someone. And the greatest news: We averaged more than one baptism per week, 60 baptisms in all, during 2019! This was more than double our average number of baptisms over the last few years. And beyond these numbers, more families have joined our church and more people have rededicated their lives to Christ than ever before!