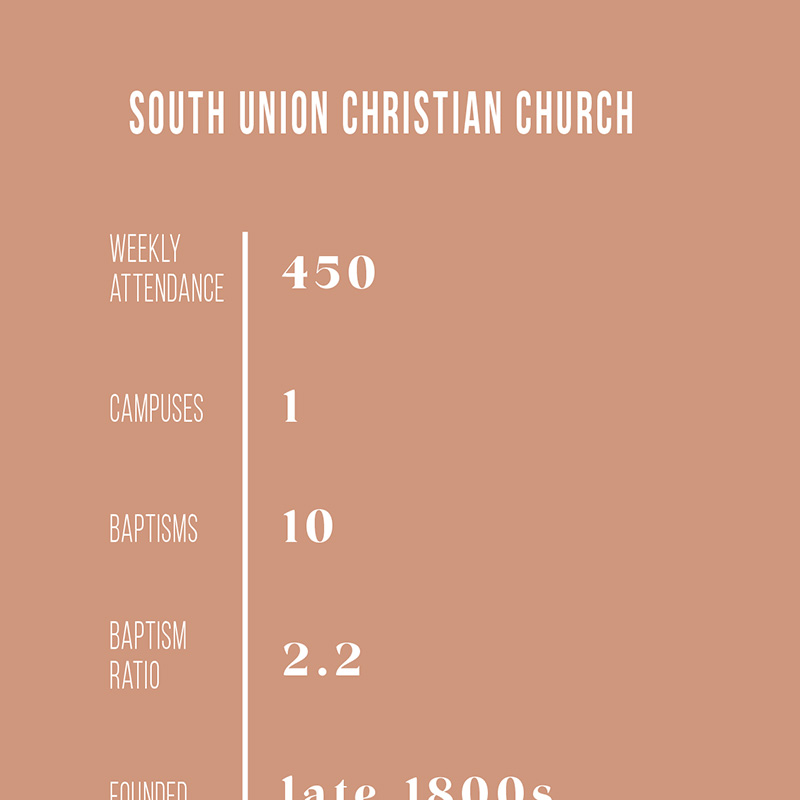 From the outside, it seems South Union Christian Church caught a lucky break—but minister Jim Cain and his church know different. The church was outgrowing its building, unsure what to do next, when it received a donation of 83 acres right off the highway in December 2018.

Location has always been a challenge for the church, which is still waiting to move to its new site. “We are currently four miles off the highway, out in the country next to a stone quarry,” said Cain, who has been ministering with the church for 32 years. “You really have to want to come to South Union to get here.”

Despite the location, the church has steadily grown, from 14 on Cain’s first Sunday to averaging about 450 each Sunday, and 776 on Easter 2019. But the biggest change in the church, he said, is “we’ve become a house of prayer.” More than a decade ago, Cain and some area preachers traveled to Brooklyn and visited with Jim Cymbala, who encouraged them to allow time for the Holy Spirit after preaching a sermon. “Jesus didn’t say my house should be a house of preaching but a house of prayer,” Cain remembers Cymbala saying.

“I start every day with an hour of prayer. And then I come to work and it’s another hour and a half. My alarm on my watch goes off every hour all day long every day to remind me who I am and what I’m about.”

It’s a way of life that extends to the staff of the church. Each person takes a day of solitude each quarter, and staff solitude retreats build unity. Most staff members have been with South Union for many years. “When people come, they normally stay,” said Cain. “It’s not normal, but it works really well here.”

The renewed focus on prayer caused the church to face a decision about their building.

The church prayed and fasted for two weeks, and not just from food. “Some of our teenagers fasted from their phones and their laptops,” Cain said. “And that’s when we were, just out of nowhere, given 83 acres of prime real estate.”

From that exciting start, progress has been slow. Cain and his congregation have faced months of red tape, and they’re still waiting to be able to get a permit even for the driveway. But they watched, through prayer, as God provided the land, so they are persevering in prayer, knowing God will provide again.

Abiding in Christ is the key, Cain said.

“It’s gonna sound cheesy, it just is. My life Scripture is John 15. If you abide, it just happens. If you abide, you bear fruit. If you don’t, you burn up pretty quick. If you connect with him, he does exactly what he promised.”

Melissa Wuske is a freelance editor and writer. She and her husband, Shawn, and their son, Caleb, live and minister in Cincinnati.