How to Preach with Biblical Authority

I grew up in a small church on the west side of Tulsa, Oklahoma. My mother, who loved to sing,  was part of the church choir. This was during the days when there was a midweek service followed by choir practice.

One Wednesday when I was about 10, I was in the sanctuary (there’s a word you don’t hear much anymore) waiting for choir practice to end so we could go home. While I was waiting, the preacher, Delmar Debault, came in and walked over to where I was standing. As he talked to me, he took my face into his hands, bent over and kissed me on the forehead and said, “You’re going to be a preacher one day.” To be honest, I was a little embarrassed by what he did, especially the kiss to the forehead part, but it’s something I never forgot. And, as it turned out, he was a bit of a prophet, because I’ve been a preacher now for more than 40 years.

Over the course of my ministry, I have developed a strong conviction about the necessity of biblical preaching based on biblical authority. At the same time, I understand we live in a day when for many people, including some preachers, the words preaching and authority don’t go together for a variety of reasons. A reality of life in a sinful and fallen world is that people rebel against authority of any kind. Some people view preaching with authority as the ultimate example of arrogance. They say, “Who are you to tell me what I need to do?” or “What makes you think you have all the answers?” People who preach with a sense of authority often can sound angry and judgmental.

So, how do you preach with biblical authority in a way that actually reaches and engages, not just believers, but seekers as well? Here are four simple and honest answers from my heart.

1. Start with the Example of Jesus

I love the way Matthew concluded his description of the Sermon on the Mount: “When Jesus had finished saying these things, the crowds were amazed at his teaching, because he taught as one who had authority, and not as their teachers of the law” (Matthew 7:28-29). The word used for authority has the fundamental meaning of “power” or “privilege.” The teachers of the law would often quote one another to lend authority to their teachings, but Jesus didn’t need to do that because he taught out of the reality and experience of who he was. When he spoke, he literally spoke the words of God. Isn’t that what we do, or what we’re supposed to do, when we preach?

Who has the authority or the right to preach in any setting today? Is it the preacher or is it God? It’s God, of course, and that’s what happens when we embrace biblical preaching based on biblical authority, because we’re speaking the words of God. And don’t miss the people’s response. Matthew said the people were “amazed” at Jesus’ teaching. The word amazed literally means “to be struck out of oneself.” Today we might say, “The crowds were blown away.” Why this response? It was because they had never heard such straightforward, complete, and honest words of wisdom before. They had never heard such a clear and compelling call. They’d heard the teachers of the law talk about religion in the sense of rules and restrictions and opinions, but Jesus talked about a righteousness that was real. The difference between Jesus and the teachers of the law wasn’t the delivery, it was his message.

Several years ago, I attended a conference with the worship and arts team from my church. On the first day of the conference, I went to a workshop for preachers led by someone known to many people reading this article. He opened the workshop by saying, “Content is no longer the key when it comes to preaching.” He then talked about the power and importance of creating an experience for listeners. While I understood his overall point, I reject his opening words. I can find an “experience” in lots of different places and settings, but those experiences don’t last because they don’t come from a place of authority, and they don’t speak to the eternal needs of my heart.

Jesus’ teaching was different because he spoke the very words of God. In Preaching, Timothy Keller wrote, “A good sermon is not like a club that beats upon the will but like a sword that cuts to the heart.” I imagine that’s what it was like to listen to Jesus.

2. Make It Your Goal to Connect Biblical Preaching with Everyday Life

Biblical preaching needs to be much more than the explanation of Scripture, because if preaching never moves from information to life, the listener never sees or understands the application to life. This is why illustration and application must be a part of every message.

I’ll provide an example from my own life. I’ve always loved Paul’s words, “For to me, to live is Christ and to die is gain” (Philippians 1:21). But those words became even more clear to me when I was diagnosed with cancer in December 2011 and went through an intensive time of treatment, not knowing if I would live or die. During the five months of treatment and recovery, I had a lot of alone time with the Lord. One thing I learned, or was reminded of, was just how shallow and fleeting the things of this world really are in comparison to the pursuit of Christ. Now, even though there are still times when I forget or allow myself to be distracted from that truth, God always brings me back to what I learned during that difficult time. That experience underpins my ability to preach to the futility of pursuing the things of the world in a way that anyone can understand.

When you come face-to-face with the end of your life, the things of the world don’t hold much appeal, while the things of God become more precious than ever. God’s Word is enough on its own, but adding our personal experience makes it even more relatable to the listener. Biblical preaching suffers when we don’t give time and attention to illustration and application, whether it comes from our own lives or another source.

3. Believe God’s Word with All Your Heart

I don’t have a personal story or experience to share that corresponds with every truth in the Bible, but I believe the Bible from cover-to-cover. And as simple as it sounds, that belief gives power to preaching. Jason K. Allen made an excellent point in his article, “As One with Authority.” He told this story of George Whitefield, an 18th-century evangelist:

David Hume, one of the 18th century’s leading skeptics, closely followed Whitefield’s ministry. On one occasion Hume traveled more than 20 miles before dawn to hear Whitefield preach. A fellow attender recognized Hume and inquired as to his attendance. “Where are you going this early hour?” “I am going to hear Whitefield preach” replied Hume. “But you don’t believe a word he preaches,” said the man.” “No,” Hume answered, “but he does.”

When you believe in what you’re preaching, it will show because it will be engaging and compelling.

At the end of John 6, many disciples were leaving Jesus. At one point, Jesus asked the Twelve, “‘You do not want to leave too, do you?’ . . . Simon Peter answered him, ‘Lord, to whom shall we go? You have the words of eternal life’” (John 6:67-68). Like Simon Peter, I believe with all my heart that Jesus alone has the words of eternal life, and that impacts the way I preach. The Bible is the only true source of help in this sinful and fallen world, and any preaching that substitutes human wisdom or creativity or personality or entertainment for biblical truth is not just wrong, it’s spiritually fatal.

4. Feel the Urgency of Preaching

Every generation faces some kind of challenge when it comes to preaching, especially preaching with authority. Today we live in a world where truth is marginalized and authority has been abandoned, but the fundamental need of the human heart to be redeemed by God remains the same. That’s why we need to embrace the urgency of preaching with the same kind of passion the Puritan Richard Baxter expressed when he said, “I preached as never sure to preach again, and as a dying man to dying men.” But our urgency loses its impact if our message is anything other than authoritative biblical truth. Paul wrote, “I am not ashamed of the gospel, because it is the power of God that brings salvation to everyone who believes” (Romans 1:16).

In Don’t Call It a Comeback, Kevin DeYoung wrote about a study Thom Rainer did years ago in which he asked formerly unchurched people this open-ended question: “What factors led you to choose this church?” Preaching was the overwhelming response. More specifically, it was a pastor who preached with certitude and conviction. DeYoung concluded, “When it comes to reaching outsiders, bold, deep, biblical preaching is not the problem. It’s part of the solution.”

Preaching means, “to cry out, herald, or exhort.” Preaching should so stir a man that he pours out the message with passion and fervor. Not all passionate pleading from a pulpit, however, possesses divine authority. When a preacher speaks as a herald, he must cry out “the Word.” Anything less cannot legitimately pass for Christian preaching.

Let’s be committed to biblical preaching with biblical authority! 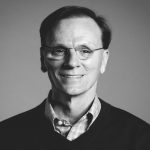 ‘Don’t Fight the Hand that Needs You!’

Can We Restore the Unity of the Restoration Movement?

A Passion for John 17: The Legacy of Don DeWelt