You’re not that great. I apologize if that’s a blunt way to start, but I think it needs to be said. If it makes you feel any better, I’m not that great either.

If you know Jesus, it shouldn’t hurt to hear the brutal truth that you’re not that great. It should make you laugh, because much of Scripture highlights human sin and depravity and mess. Yet somehow, we still often buy into the lie that who we are and what people think about us is of utmost importance, that our identity is constantly on the line. But is it?

My husband is a pastor. He took over the lead position at our church a little over two years ago, and one of the biggest lessons we’ve had to learn is to stop caring about what others think of us. This should be obvious, right? A pastor and his wife should be humble. We’re supposed to know our ministry has nothing to do with us and everything to do with Jesus. Ah, but my husband and I also found out we’re as human as the rest. Bummer.

We learned this most deeply when we recently went through a season of ministry that rocked us and our sense of identity. A group of people we loved left our church over a difficult staff choice we had to make. Try as we might to take all the right actions with all the best intentions, we were continually misunderstood. We were slandered and accused of toxic leadership; we were called out, and people demanded we be held accountable for things that never happened or things that were twisted to look like something else. We lost friendships and, along with them, our good reputation.

I don’t think I fully understood the meaning of indignant until this season, when suddenly it became the emotion I felt for months on end. We tried never to get defensive, though that was difficult. We prayed probably more than we ever have as a couple. We were on the brink of walking away from ministry completely more than once. But then we came up with a phrase that stuck, and it has been a weird little lifeboat we affectionately call “The Ministry of Being Misunderstood.”

It doesn’t matter whether you and I work in a church or elsewhere, we all have a ministry because Christ calls us to minister and preach the gospel to those around us. A CEO might be called to minister to their employees. A stay-at-home mom might be called to minister to her children. But no matter how sincerely you minister and preach the gospel, at some point you will be misunderstood. You can have the best intentions and take the correct biblical actions, but at some point a person or group will take offense to something you do or say. Those people might even turn on you and slander your character, based on their misunderstanding of your actions and intentions.

Jesus was perfect, so he had the right to feel indignant and defend himself when people misunderstood who he was and why he came, yet he never did because he knew his identity came from his Father. Jesus, who came to love and save his people, was misunderstood to the point of death on a cross.

Look at Matthew 26:57-68. Jesus was arrested and brought before Caiaphas the high priest and the rest of the council. He was bound. As these men accused him, Caiaphas stood and asked Jesus, “Are you not going to answer? What is this testimony that these men are bringing against you?” (v. 62). Jesus had every right to defend himself, to clear things up, and even to reprimand these men for their misunderstandings and slander of his character. “But Jesus remained silent” (v. 63). Jesus knew he should not defend his character in this moment. He knew his identity came from his Father. He also knew that arguing with his accusers in this moment was not God’s will, for Jesus knew he was to be crucified for us, and that meant letting the misunderstandings and slander slide. How agonizing would that be to endure? To have a chance to defend oneself and choose silence? Most of us mere humans would never make it through without a snappy comeback.

Caiaphas then asked Jesus if he was the Messiah, and Jesus’ responded yes. This is important, because after the silence, Jesus did speak. He spoke truth. And yet, these words were what condemned him. The high priest’s reaction was to call for Jesus’ death, and those gathered spit in Jesus’ face and struck him.

Silence did not satisfy the chief priests and whole Sanhedrin, and neither did words of truth. They wanted to hear only what they wanted to hear, and nothing Jesus said or did was going to sway them. In fact, the truth brought a wicked response.

This is why it’s important to find your identity in Christ. Galatians 2:20 says, “I have been crucified with Christ. It is no longer I who live, but Christ who lives in me. And the life I now live in the flesh I live by faith in the Son of God, who loved me and gave himself for me” (English Standard Version).

When your identity is “pastor” or “mom,” then anyone who hinders that is going to offend you, and you will strive to change their mind. But when your identity is “in Christ,” your sole focus is sharing Christ’s gospel, regardless of how it makes you appear to those around you. It’s not about you anymore. You’re not loosely associated with Christ; you are in Christ.

When you know who you are and whose you are, you stop focusing on what people say about your character, even when they spread falsehoods. If you actively seek Jesus and his way for your life, if he is the sole source of your identity, then you can overcome mistakes because you know those mistakes are not your identity.

On the other hand, even when you make all the right choices, if your identity is in Christ, your pride won’t grow in how well you live your life, but in how well Christ lived his so that you also could live.

We went through the ringer in that season of ministry, and unfortunately, we learned that many people just refused to see the good in us (though we tried to prove we were “good”). But honestly, we’re just not that great. In some ways, they were right. We fall below the standard daily. We sin. We mess up. Yet these simple facts were just one more thing that brought us peace because we realized that Jesus was perfect, and he also was misunderstood.

We don’t need to strive to show others our good character. We simply need to live it and find our satisfaction in the God who sees us and loves us and knows our hearts. Our identity should be so wrapped up in pleasing him that pleasing people goes out the window.

I know that somewhere inside each of us is likely a desire to people-please—to be seen as important, competent, and relevant. We might “humbly” try to dismiss these feelings, but if we are honest with ourselves, we can admit it’s in there somewhere.

No shame from me, friend. Again, I’m not that great either.

Clinging to other people’s ideas of our identity is toxic. It leads to leaders who don’t stand firm in their convictions because they’re too busy molding their convictions to those around them. We need to cling to Christ and walk confidently in this ministry of being misunderstood. This means having a servant’s heart, even when we feel indignant, because we know that people’s perception of our character is not the ultimate fulfillment of who we are. If our identity is rooted in Christ, then our identity is never on the line. We are simply to walk in God’s will, and if we do that, we are to shake the dust off our feet when others refuse to follow. 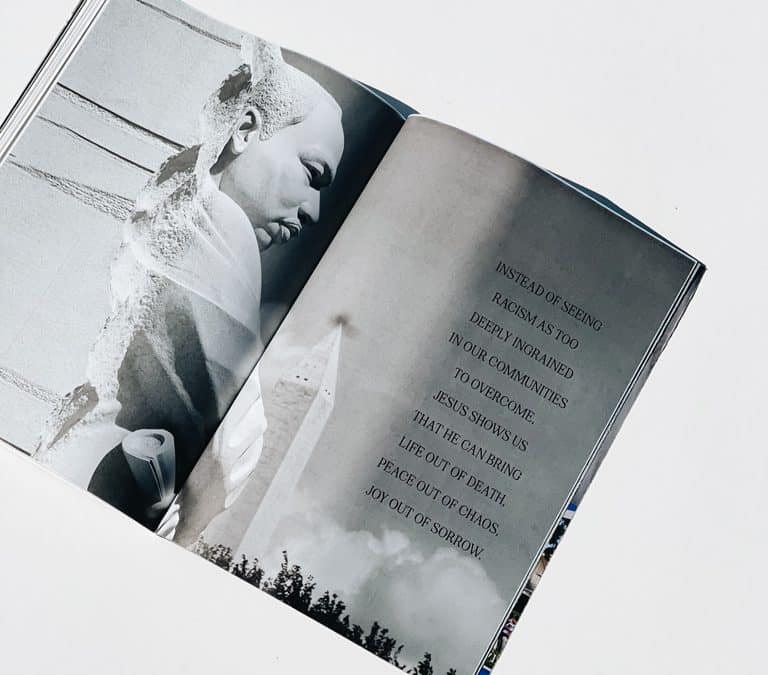