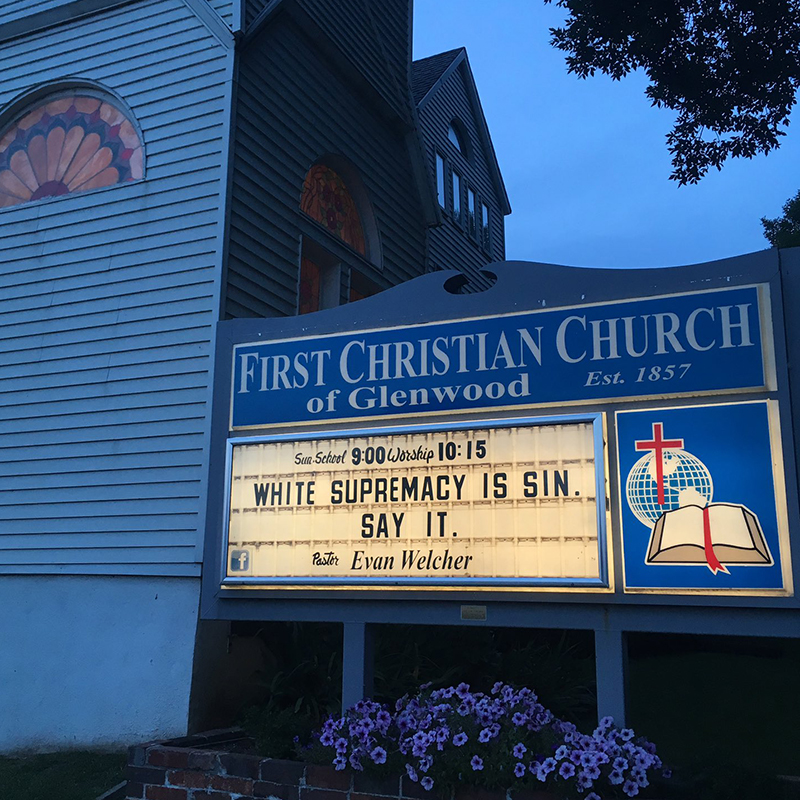 In our most recent Christian Standard digital newsletter (dated August 16), we shared a story reported in the Des Moines Register about a Glenwood, Iowa, church’s reaction to the appalling events in Charlottesville, Virginia, on August 12. (As you will recall, white supremacists demonstrated, there were counter-protests and violent clashes, and then a man drove his car into a crowd of counter-protestors, killing one and injuring several others.)

In response, the Iowa church changed the message on its sign to read, “White supremacy is sin. Say it.”

After sending out the newsletter, we received a comment back from a former pastor of 40 years in which he wrote, “White supremacy is sin . . . really?” The letter continued by disparaging Christian Standard.

There is no room in a Christian heart for racism, and a belief in white supremacy is just that. One cannot follow Jesus in the second part of the greatest commandment, to love one’s neighbor as oneself, unless we let the love of Christ rule in our hearts.

Christ’s love also instructs us to go beyond our neighbors and our prejudices, even to our enemies. It’s amazing to me how Jesus could love and even pray for those in the process of abusing him as he suffered and died. His love was and is boundless, and he calls me to love with the same reckless abandon.

The love of Jesus can remove sinful ideas of prejudice and superiority. It can allow me to see things about myself that I might be blind to. It can even give me the power to love a person completely convinced and motivated by hate and to hate.

In my case, it has challenged me to love a person who writes a disparaging letter to this magazine apparently from a racist point of view who has been a pastor for 40 years. It’s a challenge that I hope I can measure up to.