Elders Who Disciple: One Key to an Effective Church

In his book Disciple, Juan Carlos Ortiz says the greatest problem facing the church today is “the perpetual childhood of the believer.” The fact that most of our churches are made up of spiritually immature believers is a major issue to the church fulfilling her mission. This extreme lack of spiritual development continually cripples the dynamic advancement of our churches. We will never take our cities for Christ if the vast number of our people remain at a “kindergarten” level of spiritual growth and maturity.

This deep and widespread problem can be attributed, more than anything else, to the lack of quality training, development, and facilitating of believers in our congregations. As leaders, we have long been satisfied with having people attend on Sunday mornings, give an offering, and maintain a semblance of external morality. This has resulted in vast numbers of our congregations producing weak, starving, lukewarm, and inept Christ followers! The evidence for our lack of planned believer development is overwhelming.

In today’s church, we see the following:

How can these deeply ingrained patterns be modified? It must start with the leaders of our congregations.

Consider that when Jesus began his public ministry, in his omniscience, he knew every educational approach that would ever exist. From all of those possibilities, he chose “discipling”—to use today’s parlance—as his approach to train the Twelve.

In his book Successful Discipling, Allen Hadidian defined the concept this way:

Discipling others is the process by which a Christian with a life worth emulating commits himself for an extended period of time to a few individuals who have been won to Christ, the purpose being to aid and guide their growth and maturity, and equip them to reproduce themselves in a third spiritual generation.

Discipling is simply the process whereby a person who can spiritually lead others selects a group of the same gender and invites each one to join him or her on a spiritual journey of study, prayer, growing, and development. This continues until the learner can reproduce this same ministry in the lives of others. Remember, we don’t want to simply make disciples. We want to make disciples who make disciples.

I suggest elders and staff of a church create a new discipling ministry that would not replace any existing ministry. The new initiative would be for training future leaders and for maturing believers for service to Christ and his church.

Here are suggestions for how to launch a discipling ministry:

A new initiative like a Discipling Ministry must slowly be introduced into the life of a church. A veteran discipling minister advised, “When starting a discipling ministry in a church that has previously not had one, always start small, go slow, and go deep.”

The apostle Paul gave what can be considered his personal ministry mission statement: “We proclaim Him, admonishing every person and teaching every person with all wisdom, so that we may present every person complete in Christ. For this purpose I also labor, striving according to His power which works mightily within me” (Colossians 1:28-29, New American Standard Bible).

Paul’s goal for all those for whom he felt spiritually responsible was to teach, train, and lead them to maturity in Christ. We should take his words to the Colossians deeply into our hearts and minds as we examine our ministries in the name of Jesus.

We cannot allow believers in our churches to stay at a preschool level in their spiritual journeys. We must have a plan. We must help them. We need something that will facilitate growth in their lives. After 54 years of ministering in the church, I have personally discovered that the discipling approach is, without question, the most effective means of stimulating the spiritual life and growth of a follower of Christ.

Let’s work together to see our people grow to maturity, depth, and wisdom in their individual journeys in Christ! 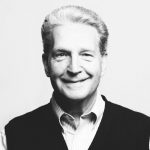 David Roadcup is cofounder and outreach director for e2: effective elders. He serves as professor of discipleship and global outreach representative with TCM International Institute. He is also on the board of directors of Christian Arabic Services.